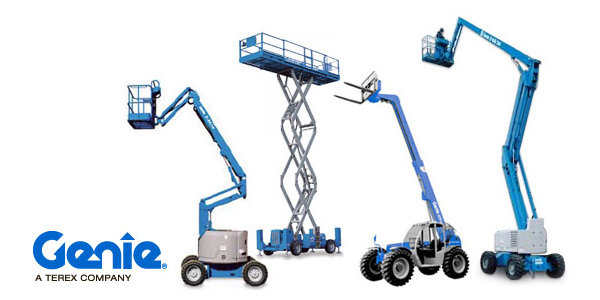 Ease of mobility has been the impetus behind some of the world’s breakthrough technologies; it is a pursuit based on a single insurmountable truth: As humans we are limited physically, but not mentally.

It is this drive that enabled the development of the airplane, the automobile, and the train. Taken down several notches to, say, the shop floor, residential or industrial environment, the ease-of-mobility pursuit has precipitated the invention of products that would not only lift workers to lofty heights, but also do it safely and effectively.

This has been the focus at Genie Industries, of Redmond, Wash., one of the top two providers in the world of booms, lifts and work platforms that service a market base comprising home and highway construction sites and home improvement projects, industrial facilities and the entertainment industry.

The company was founded in 1966 by a construction engineer in the suburban Seattle area named Bud Bushnell who was seeking an easier way to lift materials to perform overhead work. Powering his newly invented lift was a bottle of carbon dioxide; this “bottle magic” reminiscent of the popular TV show, “I Dream of Jeannie,” inspired the company name.

While Bushnell had a magical hand at invention, the strategies that have enabled the company to grow are more grounded in a single overarching philosophy: To always provide the best customer service, from point of sale and through the life of the product. “We operate under the ‘Genie Value Proposition’,” points out Vice President Roger Brown. “That is, we’re totally focused on the customer, from sales to servicing of equipment. We offer a full product line and that has helped us to become extremely successful.”

‘Up and Over’
What put Genie on the map in the lift industry was its Genie Hoist, the first-ever lift device that allowed people to perform overhead work. In its first decade, the company marketed its product to wholesale construction-equipment suppliers, but by the mid-1980s most customers were looking for lifts through the rental market.

By then, the pace of the company’s innovations was picking up. In 1985, Genie introduced the first-ever articulating boom technology with a self-propelled chassis – a development that Brown says revolutionized the world of work-access equipment. “It gave a worker the ability to go up and over obstacles,” he says.

Over the years, the Genie product line expanded from material lifts to include aerial work platforms, scissor lifts, stick booms, articulating booms, trailer mounted booms and trailer mounted light towers. “We sell thousands of pieces of equipment every year,” said Brown. Additionally, construction customers who buy the company’s big-ticket items like booms and scissor lifts often turn to Genie for smaller products for the job site, thereby making Genie their “one-stop-shop” for all of their necessary equipment needs.

Genie manufactures its lift equipment in two Washington state facilities, one in Redmond and another in a former B-52 hangar in Moses Lake, where the company’s 100-foot-plus aerial booms are manufactured. To further enhance productivity levels, the company has been on a journey to deploy lean manufacturing learnings, modeled after the Toyota production method. This has garnered such acclaim that the company is now used as a benchmark on how to implement lean strategies to increase productivity and efficiency with other companies.

Enhancements on the production floor have led to improvements in its products. Since the company’s inception, and according to its customers’ needs, Genie has been consistently upgrading; some products are now in their fifth or even sixth generation. “On a recurring basis we go back and improve the design, features and the manufacturing technology in all of our products,” Brown says.

For example, Genie recently updated not only the look but also the performance of its S-60 and S-65 self-propelled telescopic booms. The new version features a four-bar linkage system that changes the machines’ center-of-gravity based on the boom elevation. The entire lift structure moves forward as it is elevated, maintaining stability with less counterweight. The smaller counterweight system increases maneuverability in tighter working spaces. In addition, the machine weighs less and thus reduces shipping costs.

In addition to updates in its product line, Genie constantly taps into its engineering expertise and customer input to launch new products and revisions such as the Genie TZ-34/20, a trailer mounted articulating boom that offers customers the Exclusive Genie Automatic Leveling System, with 11 degrees of leveling capability from the ground controls. The system allows the machine to be set up in less than 40 seconds when the operator deploys all four outriggers simultaneously.

“All of our products have features and benefits that are unique to Genie and that’s important – you can’t be a ‘me too’ out there and have long-term success as an innovator and a developer,” says Brown. “To stay competitive, we focus on customer needs and continuous improvement.”

That growth and a changing industry required Genie to develop a network of rental customers who sell and rent equipment. The company’s distribution network is approximately 95 percent rental. “That’s our primary channel,” says Brown. “We still sell to the electrical and mechanical wholesale supply houses, but the primary channel is rental in North America and in the 80 countries that we are now in around the world.”

Brown said the North American portion of the business still accounts for roughly 60 percent of sales, but that the rest is now outside the continent – in the United Kingdom and Western Europe, the Pacific Rim, South America, Australia and New Zealand.

Not standing still
Such success caught the attention last year of Connecticut-based Terex Corp., which acquired Genie, a $600 million company, as a subsidiary in September 2002. The infusion of capital from its new parent in addition to a broader array of manufacturing capabilities and products bode well for the company that, from humble beginnings, has grown into a stable and viable entity.

Terex’s global presence will afford Genie some real opportunities to expand its manufacturing in other parts of the world as the economy improves. While the economic climate has been a rocky road for many rental operations over the last several years, in Brown’s view, the recession is easing. “It looks like we have turned the corner,” he adds, “and things are looking better for 2004 and beyond.”

Genie, he says, believes the best way to position itself for that rebound is to continue to provide its customers with the best value. “That’s what business is all about,” Brown says. “We believe that if you provide the Best Value Proposition for the customer that you’ll have a reasonable likelihood of success – and profitability.”

Such dynamic growth, he adds, would not take place without the “dedicated people” – 1,500 of whom span the globe in manufacturing, distribution and sales – that have made Genie “the best in the industry.”

“Genie values its team members, as customers, and that’s the gold mine that Terex has found here,” Brown adds. “Our team members are as much our assets as our products are.” 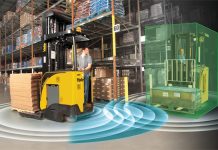