The Samsung recall and many other recalls in recent years involving lithium ion batteries were prompted by reports of overheating batteries causing fire and burn hazards. Under the Consumer Product Safety Act (CPSA), every importer of record and domestic manufacturer, distributor and retailer who obtains information which reasonably supports the conclusion that a product contains “a product defect which could create a substantial product hazard” must report that defect to the U.S. Consumer Product Safety Commission (CPSC).

What does the CPSC consider to be a “defect”? At a minimum, defect includes the dictionary or commonly accepted meaning of the word. Thus, a defect is a fault, flaw, or irregularity that causes weakness, failure, or inadequacy in form or function. A defect, for example, may be the result of a manufacturing or production error. In addition, the design of and the materials used in a consumer product may also result in a defect. Thus, a product may contain a defect even if the product is manufactured exactly in accordance with its design specifications, if those specs present a risk of injury. A defect can also occur due to a product’s packaging, instructions, or warnings.

To determine if a “substantial product hazard” exists, the CPSC will consider whether there is a pattern of defect, the number of defective products distributed in commerce, the severity of the injury that might occur, and other factors. It is important to understand that there is no mathematical formula to apply when making a “substantial product hazard” determination.

Once a company obtains information that reasonably supports the conclusion that the product contains a defect which could create a substantial product hazard, it must file a report with the CPSC within 24 hours. If a company is truly uncertain about whether information is reportable, the company may spend up to 10 business days investigating the matter or a longer time if justified. After a company makes a report to the CPSC, the company may decide that it will voluntarily initiate a product recall in conjunction with the CPSC, failing which the CPSC may review the matter to determine if a recall is necessary.

There is no specific CPSC safety rule or standard applicable to lithium ion batteries and determining whether a reportable defect exists in a lithium ion battery can sometimes be a complicated analysis. Although all reports of battery failures should be reviewed and a company should err on the side of caution, not all battery failures are caused by defects. Isolated instances of batteries overheating, smoking, or “swelling” do not necessarily demonstrate the presence of a defect. For example, batteries can overheat because of high external temperatures, either because they are operating in hot weather or because they are operating too close to a heat source.

In the Samsung Note 7 case, within a few weeks of the product’s roll out in August 2016, Samsung received approximately 35 reports of potentially dangerous battery failures (many more would come later), including reports of property damage. Samsung stopped shipping phones with batteries from the original supplier and began providing consumers with replacement phones containing batteries from a different supplier, believing that would eliminate the problem. The CPSC initially disapproved of this recall as it was not sanctioned in advance by the CPSC and Samsung then began coordinating with the CPSC. Certain phones with the replacement batteries also began manifesting signs of hazardous defects, so Samsung and the CPSC then expanded the recall of phones with the original battery to also include phones with the replacement battery.

It took several months after the recall began for Samsung to conclusively determine the nature of the battery defects. There was media speculation that the cause might be the software that manages how the battery interacts with other components or that the design of the entire circuit was flawed. But Samsung reported that in both the original and the replacement batteries, the danger was caused by the positive and negative electrodes in the battery touching, putting flammable chemicals into contact with each other. In the original battery, this was due to a design defect. According to Samsung, the manufacturer had designed the battery “pouch,” the container that keeps all the battery parts together, such that it did not have sufficient space around the upper right-hand corner to allow for the normal expansion and contraction of the battery that occurs through the normal charge and discharge cycles. The battery elements expanded within spaces that were too tight and the negative electrode would bend around the positive electrode. The material meant to keep the two apart was weakened as a result and could not prevent the electrodes from touching.

In the replacement batteries, Samsung reported that the problem of the positive and negative electrodes touching was not caused by a design defect but by a manufacturing defect. The manufacturer did not properly weld the positive tab and left a small amount of material sticking out. This material perforated the insulating material separating the positive and negative poles which caused the battery to short circuit. Samsung also discovered that some phones were missing materials meant to separate the volatile elements, such as insulation tape.

The Note 7 recall prompted Samsung to take many measures to prevent future battery problems, including X-raying each battery in addition to visually inspecting them. Also, future Samsung designs will feature more space inside for the battery, although this was not one of the Note 7’s defects.

In the wake of the Samsung recall and many others last year, the CPSC commenced a wide-ranging inquiry into lithium ion batteries and is working with industry stakeholders, including Samsung, and independent experts to gather more information relating to lithium ion battery safety. The CPSC has spoken approvingly of the information provided by Samsung and of Samsung’s commitment of resources to study and improve battery safety. Remarkably, Samsung has assigned more engineers and staff to work on battery safety than the number of CPSC employees in total.

While the CPSC does not currently have a specific safety rule or standard applicable to lithium ion batteries, it is giving thought to one now. A patchwork of mostly involuntary standards is currently used around the world. For example, products sold in the U.S. are often tested for conformity with a standard established by UL. Last year, after serious safety concerns emerged relating to hoverboards, the CPSC took the unprecedented step of recalling all products in that category without a UL certification regardless of manufacturer/importer. The Samsung recall has increased calls to harmonize the various standards.

With the recent focus on lithium ion battery safety, responsible manufacturers and importers are taking appropriate measures in their design and procurement of products so that safety concerns are addressed before products hit the market. But no plan is foolproof. When confronted with a potential battery safety issue, a business should consult with appropriate experts, including independent laboratories and legal counsel, to assess the problem and formulate appropriate remedial action if necessary.

The lawyers on Troutman Sanders’ Government Regulation of Consumer Products team have a depth of experience advising companies on the requirements of consumer product safety laws and regulations enforced by the CPSC and state agencies. 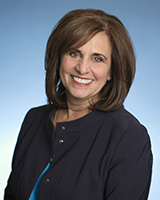 About the Authors
Karen F. Lederer is a partner at Troutman Sanders LLP. Karen defends companies against claims of unfair and deceptive trade practices, in consumer class actions and in investigations brought by the New York State Attorney General and other State Attorneys General across the country. 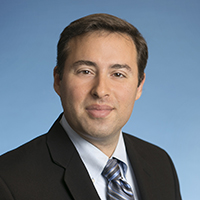