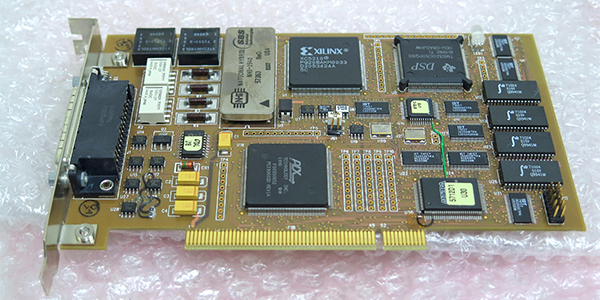 In just a bit under 20 years, SBS managed to create for itself not only a monolithic company, but one that applies its technologies into numerous applications – many of which are life-and-death military or health-related situations. When the company first opened its doors in 1986, it had a contract from the U.S. government. Today, after astute acquisitions helped propel SBS in the direction its leadership envisioned, the company produces thousands of product configurations for over 1,000 companies around the world.”We make components that are part of larger, more complex and sophisticated devices,” says Jay Swenson, vice president of marketing for the Albuquerque, N.M.-headquartered company with operations in North America, Europe and Asia. Because SBS does not make finished products, and because other OEM brand names are on the components and devices powered by SBS products, SBS inherently understands the kind of pressure to produce well-integrated products that hold up over time.

“The companies using our products themselves manufacture very sophisticated and expensive devices,” explains Swenson. “These include MRI equipment, flight simulators, wireless networks, fighter jets, and industrial robots. Our customers face intense competition and continually need to improve their products – which means we have to do the same.”

SBS products are critical components in equipment for space and aviation, telecommunications, military and government, transportation, telemetry, robotics, networking, broadcasting, wireless communications, and medical imaging applications. “We work closely with our customers’ designers and engineers and sometimes this means we create slightly modified versions of our off-the-shelf products – while other times we develop totally customized designs. So, SBS sees itself as an integral part of our customers’ design team,” Swenson says.

Meet the Intellectuals
As computers continue to get smaller and more powerful, the number of products into which they will be applied will continue to grow. “This is good news for SBS because we invest significantly in R&D and intellectual property – always trying to keep a leading edge in our industry,” Swenson says.

SBS has grown through astute acquisitions. “We’ve averaged about one acquisition a year since we became a public company in 1992,” Swenson says. “Each of our acquisitions has brought to SBS new technologies and broader and deeper capabilities.”

Constantly surveying the electronics landscape, SBS envisions what its customers will need in the near future, or where the market seems to be heading – and then it actively searches for companies that can provide the kinds of technologies SBS envisions on the horizon. “We usually consider what we have to do to grow organically, and when we acquire a company, we leave it in its location because what we are really buying is the intellectual property and the know-how of the company’s engineers.” Acquired companies, therefore, are designated as “SBS design centers” and each center focuses on the specific technologies in which they excel. This business model is what powers SBS’s powerful and diversified product portfolio.
Acquired companies include Berg, producer of telemetry products; GreenSpring Computers, makers of IP modules; Logical Design Group, manufacturer of single-board computers; Bit 3 Computer, networking and interconnection hardware manufacturer; Micro Alliance, manufacturer of industrial enclosures; V-I Computer, producer of single-board computers; OR Industrial Computer, single-board computers manufacturer; SDL Communications, producer of data and telecommunications hardware; Essential Communications, developer of InfiniBand products; and Avvida, FPGA (Field Programmable Gate Array) computing hardware and software developer.

With a Herculean network such as this, SBS can serve all parts of the embedded computing market. The company offers everything from I/O modules, bus adapters, carrier cards, system enclosures, FPGA boards and single-board computers – to blades, network switches and fully integrated systems. “With this array of product lines, we can offer a range of form factors, including PCI, CompactPCI(r), PMC, AMC, Processor PMC, Industry Packs and more,” Swenson says. SBS supports its products with software drivers in multiple OS environments – including Linux, Windows(r) NT, Windows(r) 2000, VxWorks(r), Solaris(r), Integrity(r) and IRIX(r).

“We also specialize in the I/O and communications technologies that drive data within systems and between systems,” explains Swenson. “This includes SCSI to Ethernet, from InfiniBand(r) to MIL-STD-1553 – from Fibre Channel to HIPPI and telecom standards from T1/E1 to DS3. We utilize a number of PowerPC(r) processors and we can also provide FPGA computing that outperforms even the fastest CPU for certain types
of applications.”

Real-World Applications
“Recently we’ve had a lot of interest and success taking our broad range of products and putting them together into completely integrated systems,” Swenson says. “We can draw from the wide breadth of our product base, making all the components interoperate so we can offer turnkey solutions to our customers – which virtually none of our competitors can do.”

SBS embedded computer boards find their way into OEM equipment from medical imaging devices such as MRI equipment to onboard data communication equipment for commercial and military aircraft. The company provides electronic boards for manufacturing automation equipment that control everything from automotive assembly lines to semi-conductor production equipment. “We have a large piece of government business in which we supply products for vehicle control computers and equipment used in simulators and command-and-control equipment used by the U.S. government,” Swenson says.
One example of a turnkey system SBS supplied to the U.S. government and other commercial companies involves its new line of advanced vehicle computers. “This is a new direction for SBS because previously we sold mostly the computer boards such as a single-board computer, an I/O module or an FPGA processor,” Swenson says. “Our customers would integrate them into one of their programs. But, now with our advanced vehicle computer offering we have taken several of our products typically sold together and we’ve encased them in a standard rugged, heat-resistant enclosure to address the needs of an on-board computer for government or military vehicles that have to be able to sustain constant shock, vibration and thermal management of the heat in the box. So we offer our conduction-cooled computer boards that dissipate the heat through a conductive frame that sits on the computer-board.” SBS has also assembled into a single chassis several of its most popular products and other communications protocols. “We can pre-load the software to make sure the customer has the full complement of all components in a fully integrated single box.”

The embedded computer boards SBS manufactures are critical components to the functioning of highly complex and sophisticated vehicles. “For example, in avionics there is a trend now for UAVs (unmanned aviation vehicles) which need computers
to manage flight and mission control,” Swenson explains. “One of these vehicles might have several computer boxes, each with its own function that could be navigation, fire control, or mission control. There could be dozens of these kinds of computers embedded into one of these vehicles or fighter jets, whether manned or unmanned.”

In MRI equipment where magnetic heads are gathering data and then streaming into a memory buffer, this process becomes a huge processing application, Swenson says. “It involves taking all this data and converting it into something meaningful to a technician or doctor so they can actually see the parts of the body that have been imaged,” he says. “We have FPGA computing that can translate a real-time data stream flowing at a continually high rate of speed which a processor cannot keep up with. The FPGA performs the algorithm on the raw data in a series of gates and registers and converts the raw data into useable data. SBS products can transfer data such as this from one platform to another where it can be used or processed further.”

Mega to Giga and Beyond
“As communications protocols get faster, we have to keep up with that process in building our single-board computers by adopting and developing technologies as computer technologies advance and as processors get faster,” Swenson explains. “First it was 10 Megabits for Ethernet – then 100, then a Gigabit Ethernet and now 10 Gigabit Ethernet.”
When customers buy SBS products, they get a lot more than just a piece of hardware, says Swenson. “A lot of what our products do is really intangible. We offer development kits, rapid prototyping, system integration, simulation, support, life-cycle management, and interoperability. Our engineers stay on top of theoretical and practical advances and they are members of standards committees and are often involved in creating new standards.”

Swenson notes SBS’s diversification sustains the company through long-term stability during ebb-and-flow market challenges. “It helps to be so diversified,” he says. “For example, in the embedded market – as in many other markets a few years ago – when the markets dipped and the telecommunications companies all stopped buying, many of our competitors who were focused on one business segment saw a dramatic decrease in their business. Although we saw a downturn on the communications side, we were able to maintain our commercial business and actually saw an increase in our government equipment business – so we can maintain a balance through situations like these.”