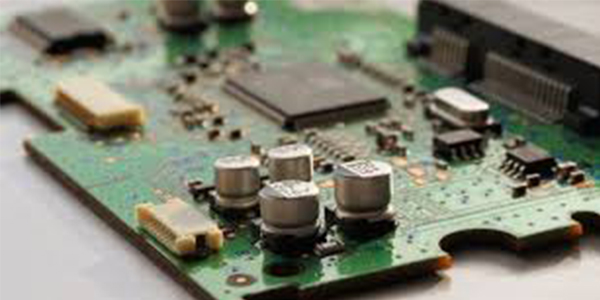 Doyle Dane Bernbach, the crème de la creativité of Madison Avenue, produced a television commercial for the Volkswagen Beetle a while back, extolling its virtues in the following manner: “Here is the 1972 Volkswagen. It goes forward. It goes backward. It turns to the left. It turns to the right. Isn’t that wonderful?”

A similar irony can be used to describe the first product of AMX Corporation, the forerunner of Dallas-based Panja, Inc. In 1982, when Scott Miller and his wife Roslyn launched their company, the only items rolling off the production line were wireless controllers for slide projectors. What could they do that differentiated the line from the competitors’ products? They went forward. They went backward. Turning to the left or right was out of the question, however. Interestingly, the seemingly unremarkable innovation was important at the time, as it appears to be today. The product that launched the company is still in production.

The Secret to Success
The secret to success for AMX wasn’t in the product, but rather in the strategy. Scott and Roslyn Miller listened to the customer, created solutions that simplified the problem, and kept the customer’s trust with a devotion to service. That strategy continues today, and it has brought a remarkable growth to the organization – in revenue and in innovation. Today, the company designs, develops and markets advanced electronic equipment and software in both the residential and commercial arenas. Its niche is the extension of Internet content to non-PC devices – iAppliances – delivering information and entertainment to stereos, televisions and the like, optimizing the benefits of broadband access.

Since 1995, the company has enabled corporate boardrooms, sporting arenas, museums, operating rooms, schools and homes to be “smarter,” using semiconductor technology. Three years later, AMX recognized a need for cutting-edge technology that would integrate existing devices currently in use with the Internet. The company relaunched itself in 1999 as Panja, Inc., and it directed its effort to those areas it had already made “smart” – the boardrooms, the arenas, the museums, the hospitals, the schools and the homes – and got them “connected.”

The World’s Most Capable Internet System
It was in 1999 that Panja released what has been called “the world’s most capable Internet system,” affording Internet experience to appliances and equipment already in use. Panja EP3 acts as an intermediary to the massive amount of data found on the Internet, providing custom information to the requesting appliances – TVs, stereos and other entertainment devices.

Panja delivers technology to the boardroom as well as to the bedroom. Teleconferencing, presentations, training and product presentations pack more power when that power is technological. High-speed broadband connections, high- resolution computer graphics and video images, digital audio and real-time interactivity bring a local atmosphere to the global corporation.

Case in point: Electronic Arts charged Panja’s Canadian dealer with the challenging responsibility of getting its new facility up and running technologically, all 15 rooms of it. Each room, from the boardroom to the cafeteria, was equipped with a dedicated Panja control system, either a 37-inch monitor or a projector and screen, surround sound and a full spectrum of computer and video sources.

Partnering
Much of the success of Panja can be traced to its innovative design and production, and part of that is a result of strong partnering arrangements. P3, the Panja Partner Program, has as its mission the standardization of connectivity throughout the electronics industry using Panja’s Internet Control System Protocol. Two recent partnerings formed a link between Panja and Kenwood USA, the manufacturer of high-end audio equipment for home use, and between Panja and Sony’s Consumer Integrated Systems (CIS) group. As a P3 partner, Kenwood USA will employ Panja’s Internet Control System Protocol as common ground for integration into its P3 Port, the new gateway for instant system connectivity. The low-cost interface integrates Kenwood consumer products with Panja’s business and residential systems. Joe Hardt, Panja’s chief executive officer, comments that “Kenwood is a recognized leader in the audio industry, and by teaming up with us, they are joining a growing list of some of the most recognizable names in audio, video, lighting and home security – fueling the home automation industry.”

In the Sony connection, Panja’s product line will interface with Sony’s Consumer Integrated Systems’ 200 Series boxes. When a CIS box is connected to this external interface through the RS-232 port, it will automatically identify itself and join the network of electronic components in the Panja system. Once networked, the system server will adapt to the product’s specific control properties and personality. “P3,” says Jeff Goldstein, director of the CIS Division, Sony Electronics, “is a logical step to integrate Sony and Panja, as a convenience for our custom dealers.”

Other Partnerings
Other partnerings are equally impressive. Premier music service provider MP3.com and Panja jointly developed an online solution to provide MP3.com music services to Panja 1000 users. This allows customers to listen to any music content streamed from the Internet on their home entertainment systems.

AnyDevice™, a leading developer of wireless Go Anywhere™ solutions and services, has teamed up with Panja to deliver content to home and office Internet appliances. AnyDevice™’s platform takes companies’ Web content, enterprise and e-commerce applications and creates a device-neutral format for presentation to multiple devices. The Panja line of products adds to a suite of wireless and land-line devices enabled by AnyDevice™ to receive Internet content, including pagers, cell phones, Palm™ hand-helds and Internet appliances.

Panja and Intel have a handshake deal going in the decoding of audio and video content from the Internet and streaming it to an existing entertainment system. “We are honored to be affiliated with an industry leader such as Intel,” says Hardt. “The home automation and entertainment benefits that Panja and Intel bring to market are tremendous to the industry and consumers.” Partnering, innovation and customer service have contributed to the success of Panja. The company goes forward, but it doesn’t go backwards. Isn’t that wonderful?