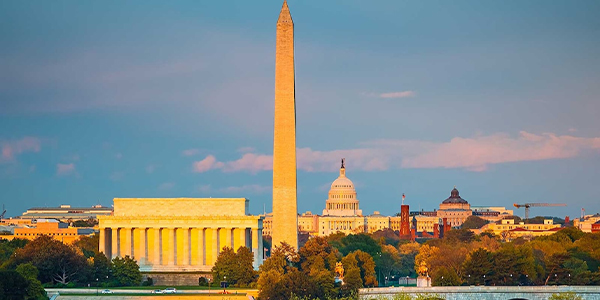 From time to time I like to recommend books that make one think about the critical issues. And so I recommend Half Gone: Oil, Gas, Hot Air and the Global Energy Crisis by Jeremy Leggett, just published in London by Portobello Books.

In Half Gone, Leggett brings up to date the latest grim warnings about the state of our world economy’s dependence on a dwindling reservoir of oil and gas which today consumes nearly 30 billion barrels of oil a year but which will probably see that demand multiply four times to 120 billion barrels in the next 20 years. Yet the oil just isn’t there and Leggett marshals credible proof for those willing to pay attention.

He has credibility on this subject, having been an oil company geologist and a former energy environmental analyst who now has become head of a solar power company in Britain. Leggett starkly portrays how vulnerable Europe is to this oil shortfall while we here in the USA have to import a quarter of our 20 million daily barrel fix from the Middle East.

In his State of the Union address at the start of this year, President George Bush agreed with Leggett that America is “addicted to imported oil.” The President said we must replace 75 percent of those 20 million daily barrels – that comes to about 15 million barrels – with oil products made from ethanol and grass cuttings. Leggett wants us and everyone else to use more solar and wind power.

But the crisis we are in is not simply one of finding new alternative energy supplies from other sources. One part of the crisis is that the world appetite – demand if you will – for energy to drive economic growth, cultural development, and individual goals is growing at a horrendous pace with no credible substitution alternatives in sight that can provide new net increases in energy.

Even if solar and wind power capacities grow by 10 percent a year for the next 20 years they will still make up less than 1 percent of the world’s energy supply. By that time Asia’s need, demand if you will, for crude oil alone will exceed that of North America and Europe combined. Those aren’t my numbers, but the agreed on estimates of most governments and private energy analysts. The problem is that other numbers are against both Leggett and President Bush as well. While Leggett’s warning about the end of ever-increasing supplies of cheap oil is correct, his zeal for alternatives, especially solar power, is masking the true problem that faces us with finding an alternative to oil.

It helps to remember that for most of the three decades after World War II the industrial nations drew a tremendous economic subsidy from a barrel of oil that cost 15 cents to get out of the ground and which sold on those days for $3.

Then came the first 1973 OPEC oil price boosts and oil went to a frightening $8 a barrel; most of the industrial economies contracted sharply for a long while although today an oil price three times that level would appear a godsend. Through it all, however, economic expansion has not only continued in the old Group of Seven countries, it has helped every nation grow as each became more adept at consuming oil.

This is because a barrel of oil provides an economic subsidy that is 50 times the economic cost of pumping it and refining it. Thirty years ago, it used to be more than 100 to 1 but still, a 50-to-1 ratio is not bad.

And it can’t be matched by the so-called environmentally friendly alternatives, which at their most efficient help economic growth by no more than three to one and sometimes not even that. Sometimes, and I am thinking about those huge windmill generators that are befouling the landscape from hills of California to the coast of The Netherlands, the actual cost of construction, maintenance, and regulatory compliance can exceed the value of the electricity that is generated.

Without the tremendous subsidy that oil provides for economic growth, many facets of our lives that we consider essential come into question. Vice President Richard Cheney recently intoned, “The American way of life is not negotiable.” What nonsense. Put most starkly, with dwindling supplies of ever more expensive energy, what’s at stake is not whether grandma’s house will get too cold in the winter it’s whether grandma herself will be around. It’s whether there will be any need for university educations since there won’t be high-tech jobs for graduates. It’s whether what supplies of energy there are – coal, nuclear, solar included – will be so scarce that war becomes an economic alternative.

Meanwhile the screws on the great American energy subsidy took another alarming turn. A report by geologists for PEMEX, the Mexican state oil company, estimates that its Canatrell offshore oil field has hit its maturity peak and will begin to sharply reduce its output from two million barrels of oil per day to 875,000 by 2007 and perhaps to as little as 520,000 daily barrels by the end of 2008. This field is second only to Saudi Arabia’s Ghawar field as the world’s biggest producer. Worse for America, such a shrinkage would mean Mexico’s supply of export oil to the United States would shrink from 1.8 million daily barrels to just 800,000 with no replacement source in sight.

At issue are all of the assumptions upon which modern industrial societies were founded back when wood was the first cheap subsidizing energy source 300 years ago. First wood, then coal, then oil and gas – and now… what?

James Srodes is a 30-year veteran of the Washington and Wall Street news beat for maga-zines such as Business Week, Financial World and Forbes. For 23 years, he wrote a column for the British Sunday Telegraph; he currently writes for the Spectator.