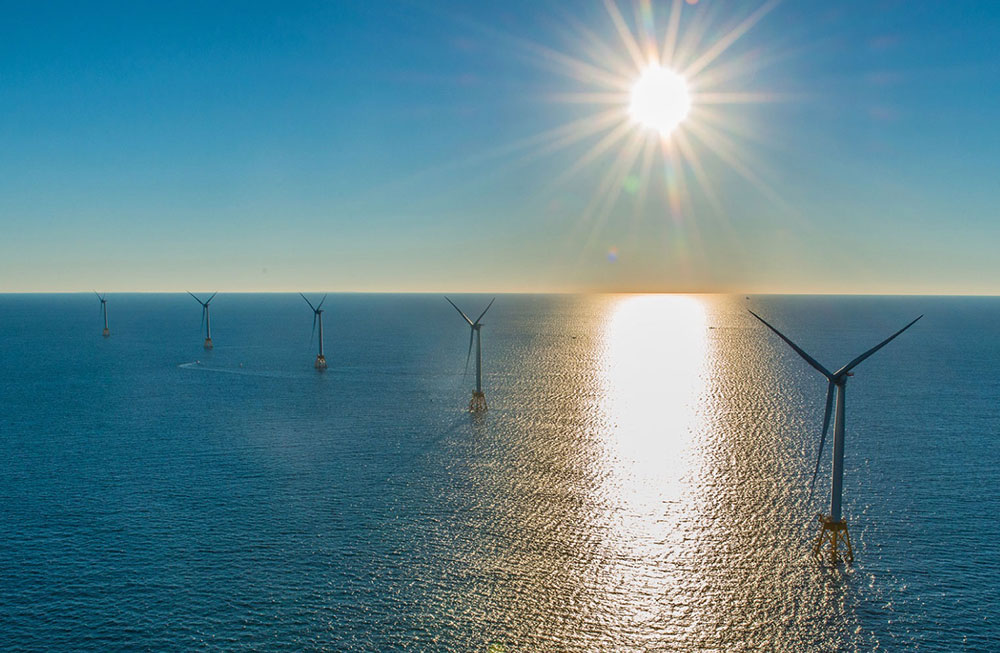 As the U.S. grapples with launching a new and promising clean energy industry, it is important to consider the perspectives of the many stakeholders involved in offshore wind turbine development and the impact it will have on their interests.

One sector of stakeholders that has made significant noise about potential impacts to its industry is commercial fishing. However, despite recent opposition to offshore wind development from some in this industry, recreational anglers and charter boat captains are more optimistic about the potential of this unique new fishing opportunity. And their perspective is valuable, literally. According to the National Oceanic and Atmospheric Administration, recreational saltwater fishing supports more than $14 billion in total economic impact across the Atlantic Ocean – providing tens of thousands of jobs in coastal communities.

Fisheries are rapidly changing due in part to warming oceans, and people who fish are feeling the heat. Recreational anglers have seen firsthand how species like black sea bass have migrated farther north, prompting changes in catch limits. According to a new study published in the journal Global Change Biology, as ocean temperatures climb, many species of fish could shrink in abundance by as much as 30 percent. The changing climate is largely due to carbon polluting fossil fuels that we burn for energy. The ocean, however, provides an immense carbon-free alternative: offshore wind power.

Offshore wind power harnessed far off our shores, when developed responsibly, can generate clean electricity on a massive scale while creating habitat for fish and other marine life challenged by a warming ocean. Done right, offshore wind power can be an exciting win for anglers, wildlife, and the climate – as demonstrated by America’s first wind farm at Block Island, Rhode Island, which the video below shows has become a fishing destination.

Any recreational angler will tell you: structure attracts fish. These five turbines, constructed in 2016, are no exception, standing on steel foundations in about 90 feet of water, supplying clean, local power to 17,000 homes while providing artificial reefs that attract black sea bass, flounder, mussels and other marine life.

The Block Island Wind Farm is currently the only offshore wind energy project in the U.S., however states along the coast including Massachusetts, Connecticut, Rhode Island, New York, New Jersey, Maryland, and Virginia have committed to buy power from as many as 10 projects expected to be built offshore in the coming years. Collectively, east coast states have committed to powering more than 13 million homes with offshore wind by 2035.

Offshore wind energy must be developed responsibly and swiftly to meet the demands of the climate crisis. That is why the National Wildlife Federation is involved, monitoring the offshore leasing and development plans and working with a range of partners and scientific experts to identify key wildlife issues and push regulators and developers to advance protective solutions. As an organization founded over 85 years ago to create a powerful voice for conservation by bringing together people who hunt, fish, watch and love wildlife, connecting with the saltwater angling community to hear their interest and concerns with multiple projects moving forward offshore is a top priority.

As America charges forward to harness the tremendous energy and economic potential of offshore wind energy, it is critical to recognize and address the concerns of communities that may be affected by its development. Just as the National Wildlife Federation needs to see strong wildlife protections included before we can support any offshore wind development plan, our partners in the recreational fishing community have been clear that their support is conditional on several key factors. There must be guaranteed fishing access to the base of the turbines, opportunities to provide input on siting and project plans, and a commitment to scientific monitoring of important fish species before, during and after construction.

Developers and state and federal agencies have all signaled support for these principles in concept, and the coming months offer multiple opportunities to put those assurances into place. As offshore wind planning and development decisions are made along the coast, recreational anglers must have a seat at the table to speak up for responsible development practices as offshore wind projects move forward.

By engaging stakeholders like recreational anglers early and often, offshore wind planners have an opportunity to build a future where fish, wildlife, and local communities benefit as we build a critically needed new clean energy industry in America.