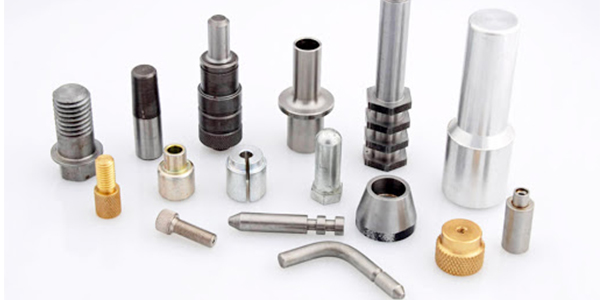 When you are a major supplier to industries demanding nothing less than perpetual excellence, you have to distinguish yourself from even the most outstanding companies in the field. Devon Precision Industries Inc. is this company of distinction. A leading supplier of Swiss screw machine products to other manufacturers — which in turn manufacture products for the medical, aerospace, automotive, defense, appliance and clock industries — Devon is a quiet large contender.

“Devon is a big company not too many people have heard about,” says Denis Y. Desaulniers, vice president of sales and marketing of the Wolcott, Conn.-based company. Desaulniers describes the company — founded by his father, Yvon, who is also the president — as a job shop specializing in Swiss screw machine products. “Devon is one of the largest, if not the largest, shop doing what we do,” continues Desaulniers. He adds that there are about 6,600 such job shops in the country, but only about two dozen of these do the specialty work Devon focuses on.

Devon’s niche is engineering parts three-quarters of an inch and smaller. “We manufacture high-precision small metal parts such as shafts, gears and pinions,” says Desaulniers. In fact, the car you drive was built with about 200 components manufactured by Devon, from the windshield wiper shaft to the cruise-control mechanism, the ABS brake system and the gas lock cap.

Giant of the Minuscule
Devon’s prominence in the industry is no accident or stroke of luck. “What distinguishes us from the rest is the huge amount of production machines we have in house — over 550 of them, in fact,” says Desaulniers. “The average screw machine job shop has maybe 50 machines at most.” But then again, Devon is far from being average.

Devon already has about 200 cam-driven Swiss machines. “We plan to install more Swiss CNC equipment for tighter-tolerance work and longer-running jobs,” says Desaulniers. “The cam-driven machine has five tools and the Swiss CNC machine has 19 tools. So that means that with a CNC machine, I can drop off a part that’s complete, even though Devon has a huge secondary department with 350-plus production machines.”

In a Higher Gear
Devon fully recognizes its customers’ quest for ever-increasing transaction speeds. So even before a new project hits the production floor, Devon can act nimbly and with powerful flexibility. “Once we receive a request for a quote, we have a ready team of mechanical engineers and highly experienced machinists working together to evaluate the job,” says Desaulniers. “We can model the parts needed for the job in 3-D on a computer so that we can choose the appropriate tools for manufacturing the parts. We can also check for any interference even before we begin to manufacture them.”

“Our large secondary-operations capabilities make us distinct among other job shops in the industry,” says Desaulniers. “The only operations I have to send out of house are heat treating and plating. Probably more than 80 percent of the job shops out there don’t have the range of the value-added secondary operations we can offer to our customers.” These Devon capabilities also perform the quick turnarounds customers want from a quality job shop.

“One of our distinctions as a job shop of Swiss screw machining is our gear-hobbing ability,” says Desaulniers. “We can produce custom miniature precision gear and pinion subassemblies for any industry needing timers, from the military to the clock industry.”

Desaulniers qualifies various levels of screw-machining capability. “When you say ‘screw machine,’ that can include 40 different types or brands of screw machines,” he explains. “Swiss screw machines, however, are the Cadillac of the industry. This equipment is engineered to handle slower cycle times and deliver higher precision.”

Machines for Growth
For nearly 35 years, the Devon name has been synonymous with superior quality. Begun in 1967 in Waterbury, Conn., the company had a modest portfolio of three Swiss screw machines operating in a converted garage. When, in 1974, the company needed to expand, it moved to Wolcott, where it established production operations and executive offices in a 50,000 square-foot building. In just five years, the company grew from a three-machine shop to one operating 72 machines. Just 10 years later, Devon’s reputation as a manufacturer of sterling quality meant more orders; by then, the company boasted 100 production machines. Today, Devon remains family-owned and -operated, and numbers 235 employees. Within a year, it is planning a 30,000 square-foot addition to its manufacturing space.

Devon enjoys ISO 9002 certification, a reflection of its dedication to its manufacturing quality and excellence. Customers throughout the world know that not only can they get their parts faster and produced with superior quality, but “from the first part to the 10 millionth piece, Devon delivers each part consistent from component to component,” says Desaulniers.

As for the future, the company is seeking to bring the same level of awareness to Devon as its sister business, Alden Company, enjoys. Founded by Yvon Desaulniers in 1990, Alden is the producer of the DRILL-OUT® line of power bolt/screw extractors.

In anticipation of the new wave of e-business, Devon will develop its Internet business in order to be able to compete more aggressively in the ever-changing playing field of today’s business. “We plan to continue to be the industry leader,” says Desaulniers. “We’re very diversified in our customer base and in terms of the products into which our components go.”