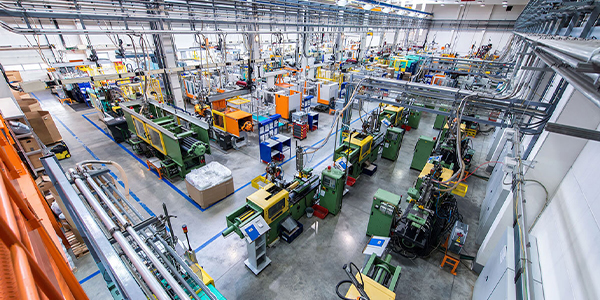 Since the opening of the Mexican market in the 1980s and the NAFTA agreement in the 1990s, Mexico has been fertile ground for over 4,500 multinational corporations looking for inexpensive labor, tax advantages and convenient manufacturing facilities. The dynamics has been spurred by companies such as IVEMSA, which offers a “soft landing” to corporations looking for a fast start up.

Although the panorama changed after the Asian impact on the maquila business, the consequences of 9/11 and the subsequent economic decline, Mexicali is still a region with the most advantageous business and geographical conditions for corporations. The capital of Baja California, Mexicali, on the border with the United States, has around 900,000 inhabitants, many coming to the area with the intention to cross the border, but ending up in Mexicali where companies are always looking for labor.

“Mexicali is an excellent location for companies looking to establish their manufacturing facilities because it is a stable city, with public infrastructure and easy logistics, very well connected to the United States through important freeways, an international airport and two entry ports for the automotive industry,” said Rodolfo Andrade, project and marketing director of IVEMSA. “Although we have some crossing over the border, most people choose the Tijuana/San Diego trail, while Mexicali attracts those who are looking for work and to get settled,” he explained.

Taking advantage of these convenient conditions, IVEMSA was established in 1982 by a group of Mexican entrepreneurs to offer four different types of services: site selection, shelter, incubator and start up. Site selection includes studies and detailed information on logistics, infrastructure, labor availability, government support, life quality and safety, according to client’s needs.

“Each city or location gets a certain qualification related to the client’s requirement of intensive labor or qualified operators, for easier connection to suppliers in the region or from abroad, and so on,” explains Andrade. Then the client comes to a final decision according to IVEMSA’s reports. The second and core service is the shelter program, which allows manufacturers to start procedures without the risk of operating a subsidiary, hiring labor, investing in facility and equipment ownership, and going through the legal system in Mexico. Companies operate under the umbrella of IVEMSA, which provides human resources, customs logistics, administrative support, and a rented facility and equipment. “This program that we’ve offered for 25 years is ideal for the small or middle size company that is trying to reduce costs and needs to avoid the legal “red tape” until it gets totally established. The shelter program lowers the risk and creates an incentive for investment. Companies minimize start-up costs and can schedule operations immediately,” said Andrade.

Shelter programs are ideal for companies not looking for a long-term commitment, and provide tax shelter advantages in Mexico as well as the United States. The company does not exist as such, and IVEMSA reduces the impact of a learning experience, the cultural distress and the risk of running a start up operation. A variant of the shelter program is the incubator, in which IVEMSA helps the company to get established as an entity, but the entity outsources employees, administration, government paperwork, customs and legal logistics through IVEMSA. The shelter and the incubator programs are usually extended to a three-year contract.

The fourth service is the complete establishment of the corporation as such. IVEMSA acts as a facilitator, locates a site and rents a facility and equipment, manages governmental permits and contracts, hires the human resources for the new company, and delivers a “turn-key” operation. These steps might take up to six months to fulfill.

HOW IT STARTED
Sergio Tagliapietra is today the Baja California’s Secretary of Economic Development. However, in 1982, Tagliapietra was working as an industrial engineer for a company looking to open manufacturing plants, and came to Mexicali with that mission. He saw the potential of the region and started an entrepreneurial partnership with the idea of helping companies to get established.

The new company, IVEMSA offered excellent possibilities during the first years, but in the 1990s due to diffcult economic situations it lost a pool of clients. “We then realized we needed more flexibility, continuous improvement and turnover of infrastructure and equipment, and a client diversification strategy,” said Andrade. Today, the tendency is to open companies with strong support of capital assets, such as the metal mechanic, aerospace, automotive, plastic, medical and non-assembly electronic segments, according to Andrade. The company’s new strategy is to consolidate the existing portfolio and to open new locations in order to offer more choices to prospective clients.

Seventy five percent of IVEMSA’s clients are of American origin, but English, Italian and Asian companies also look for its services. Most are niche businesses, looking to improve competitiveness, or to hire qualified labor with a high level of expertise, and favorable geographical logistics. IVEMSA has also initiated activities in the region of Saltillo and Monterrey. In the Mexicali area, where IVEMSA has its headquarters, the company rents more than one million square feet to its pool of clients. Some of these clients are the English aerospace GKN, Sanford/Paper Mate from the United States and Panasonic, from Japan.

A good part of Tagliapietra’s job as Secretary of Economic Development is to attract businesses to the area. After 9/11, the region did not escape the decay of the American market, and the impact of Asian competition. Companies that left the area attracted by the competitive advantages of China’s cheap labor and consequent low pricing created a vacuum in the assembly sector. Mexican maquila companies realized that it was ludicrous to try to compete at that level. Many lost the battle, but others readjusted their approach to heavy industries that needed to be close to their markets, and increased their added value in logistics, post-sale support, engineering and design, and qualified labor.

Another interesting dynamic was the trademark issue. “Many companies that moved to China found that their products were copied, duplicated and sold in a sort of ‘downgraded’ version, because China does not have a strong legislation protecting trademark rights such as Mexico does,” said Andrade. Many companies returned to Mexico.

Taking advantage of these migrations, Baja California’s Secretary of Economic Development proposed in 2004 a change in attitudes towards China and China’s investments, drafting a plan to attract healthy competition and collaboration between his state and that country. The project generated exchanges between Chinese government officials and entrepreneurs of both nationalities to find common ground.

“Tagliapietra’s mission at the secretariat is crucial in the development of the region because he is a man of vision and deep understanding of entrepreneurial dynamics,” said Andrade. “But we hope he’ll soon be back to conducting IVEMSA,” he chuckled.

A SUPPORTIVE ENVIRONMENT
IVEMSA not only created excellent conditions for foreign companies but also has created an environment of support and professional development in the Mexicali region, increasing labor skills and encouraging vendors to raise their standards.

“In order to avoid excessive personnel turnover, we constantly train our labor force in technical skills as well as the commitment to the highest product quality,” he explained, and continued, “China continues to improve its labor skills, looking to increase the industrial sectors they can compete in, so we can’t stay still.” Also, other countries are competing to become the cheapest labor available in the market such as North Korea and some regions in Africa. For this reason, IVEMSA focuses on the type of processes and companies that can find advantages in Mexico.

Personnel hired by IVEMSA are sent to local tech schools to acquire practice and expertise in the industries they try to attract. Mexican laborers are efficient and fast-learning, and committed to the necessary work ethics the company requires.

Presently, IVEMSA has a constant pool of 18 companies under the shelter umbrella including seven global corporations, and is acting as a site locator for other five among them, ITT Industries and BIC Corporation. According to Andrade, sheltered companies are hard to handle because their performance can be variable. They can grow or shrink, according to market variations, or they can pack up and leave while others are coming in. IVEMSA currently hires between 2,500 and 3,000 employees, and manages around 10,000 to 11,000 customs procedures a year.

IVEMSA’s competitors such as, Prodensa, American Industries and Intermex usually handle around from 15 to 25 companies, and offer similar types of services as well, such as industrial parks and industrial developments. Andrade makes emphasis in the competitive advantages of IVEMSA related to experience, credibility and expertise. While the company brings total guidance and support to its sheltered companies, the client still has total control over the operation. “We’ve created trust with our clients, and that is the most important part of the relationship,” he affirms. With the support of Baja California’s government and an intelligent business strategy, the region is an outstanding opportunity for companies to land in, and IVEMSA is ready to make that happen.