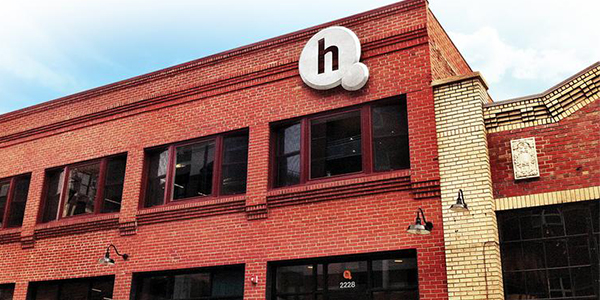 Multiculturalism is redefin-ing what it means to be American today. With the changing appearance of the U.S. population comes new definitions of the U.S. consumer and new dilemmas for industries trying to reach those whose tastes, customs and language may differ from what is commonly known as the “general market.” Culturally relevant marketing plans will become increasingly critical as the population becomes more diverse and the buying power of U.S. Hispanics becomes more significant. The U.S. Hispanic population has seen phenomenal growth over the past decade, and along with that, a boom in its fiscal clout. According to Bob Jordan, president of International Demographics, “shifting demographics in America is impacting the economics of doing business today” across all industries. However, the biggest mistake that a company can make is to view the U.S. Hispanic market as homogeneous. Acculturation levels, language preferences and country of origin make for unique sub-groups within the segment.

Diverse and complex
“Latino” or “Hispanic,” as a description, refers to an origin or ethnicity, not a race. There is no one monolithic “Hispanic market.” Nevertheless, understanding the relationship between language, culture, and human experience is a powerful tool for marketers because the rich connection between the Spanish language and Hispanic culture is dynamic and continues to evolve.

The U.S. Hispanic market is comprised of subcultures from over 20 countries in Central and South America, Mexico, and the Caribbean, with the majority (63 percent) of Mexican heritage. The culture, beliefs, opinions and consumer behavior patterns of U.S. Hispanics are not identical, a result of their native countries’ geographies, indigenous ancestry and colonial origins.

And so, U.S. Latinos tend to “adopt and adapt” to customs and habits in the U.S. without shedding traditions and value systems. Along that line, industries trying to tap into the Hispanic segment cannot simply transfer directly to the U.S. Latino market the conceptualizations or marketing strategies that work with more traditional, general market consumers. Latinos are assimilating to prevalent U.S. culture, but they are not, and probably never will be, fully assimilated. Instead, theirs is a path of acculturation. It is a process of integration of native and traditional immigrant cultural values with dominant cultural ones.

As an example, for many Hispanics, language has served as the glue that has held families and cultures together for centuries and many take great pride in the Spanish language. In fact, Univision is now the number five network in the United States, behind ABC, NBC, CBS and Fox.

Although Spanish is likely to remain the language of preference among U.S. Latinos, it does not mean that the only language a company can advertise in is Spanish. As today’s Hispanic youth grow older, language preferences will begin to play a larger role, with media consumption expected to skew more toward English. The critical component in understanding language preference is understanding the consumer segment in which a company has an interest – effective marketing will be less about the language and more about culture and values.

Hispanic Spending
Between 1990 and 2007, the buying power of U.S. Hispanics will have risen a whopping 315 percent compared to the buying power of non-Hispanic Whites at 111 percent, over the same time period. Furthermore, Hispanic purchasing power is expected to hit $1 trillion by 2007.

As a matter of fact, as the automotive industry endeavors to sell more vehicles, the most intense competition is over Hispanic consumers. Automakers are spending millions in an effort to woo Latinos – these influential consumers account for 6 percent of the U.S. auto market today, an increase of over 25 percent from five years ago, according to Polk Automotive Intelligence.

Make no mistake; the integration of generations and diverse countries of origin within the U.S. Hispanic market has created a complex culture that requires experience and research to understand. What is needed for a successful Hispanic promotional campaign is sensitivity to what is important to Hispanics – and senior industry executives willing to initiate a reversal of underinvestment in the Hispanic market by creating new allocation levels in their business and marketing plans. The opportunity is growing. The time is now.

Laura Sonderup is the Director of Heinrich Hispanidad, a division of Heinrich Marketing, Inc. She has been a featured speaker on ethnic marketing at numerous local and national conferences. Reach her at (303) 239-5235 or lsonderup@heinrich.com.