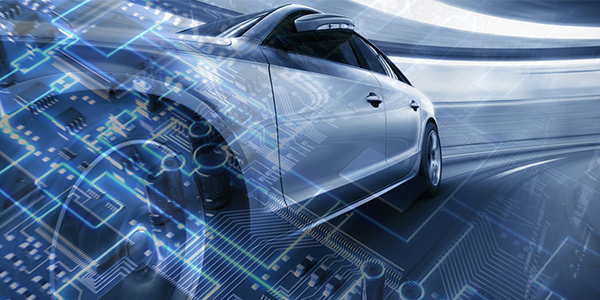 Here’s a staggering fact: Currently, the cost of a motor vehicle’s electronic components now outnumbers the cost of the steel used in its manufacture. This is great news for Casco Products, the Bridgeport, Conn.-based subsidiary of Sequa Corporation. Celebrating its 80th anniversary in business this year, Casco is poised for growth at a time when market conditions couldn’t be more favorable: An increasing number of car models now feature the ability to support a growing array of electronic accessories.

Originally known as Connecticut Automotive Supply Company, Casco was founded by J.H. Cone in 1921 – before cars had radios, cigar lighters or power outlets. Over the years, Casco has been one of the industry’s foremost innovators in auto electronics. The company patented the first cigar lighter for cars in 1928, and went from there to introduce automobile fans, a variety of patented lighter accessories and coolant temperature sensors. In recent years, Casco has developed power outlets and electronic control modules for automobiles, increasing the scope of electronic products that can be powered through the vehicle.

Solid Commitment
This is a heavy load of numbers, but they all add up to one strong company philosophy – Casco’s ability to respond to its customers’ needs, whatever they are. Ray Piepenbring, director of the company’s after-market sales and marketing, says, “Whether the customer needs a niche-type short production run or a large daily run of many thousands of units, Casco is quite responsive in product development. Casco is also a solid company that’s been able to adapt its capabilities to stay in business. This is important to our customers. The big auto makers need to know that their suppliers are going to be there for them down the road.”

Those “big auto makers” in Casco’s customer list include the American Big Three and European giants such as Audi, Fiat, Mercedes-Benz, Peugeot, Volkswagen and Volvo. Also prominently featured in the company’s customer list are several of Japan’s leading lights, such as Honda and Nissan. Tier I automotive parts suppliers – Cummins and Detroit Diesel, among others – also take advantage of Casco’s quality. Casco’s history and sales totals help provide that assurance for the auto manufacturers. So does its place in the Sequa family; a diversified company with operations in aerospace, propulsion, metal coatings, specialty chemicals and apparel, Sequa boasts sales of $1.7 billion a year.

Casco’s manufacturing capabilities also provide assurance to customers. Casco’s plants contain surface-mount assembly equipment, automatic in-process VISION inspection equipment and a state-of-the-art PCB board line. The company uses statistical process control and its dedicated quality-control laboratory to ensure the performance of every product that emerges from its plants. Its standard for all of its products is 100 percent part and toleration verification.

Port for Future Power
But Casco has proven itself to its automotive customer base through more than long-standing stability. As its roster of patents demonstrates, the company continues to be one of the most innovative electronic component producers in the market. These developments all have their basis in the old lighter port. “Look at your dashboard,” Piepenbring advises. “Those items – temperature gauge, fuel gauge, odometer, radio – haven’t changed much. The one thing that has shown the most adaptability throughout the evolution of automobiles is the power outlet. You can use those ports to power just about any device you can think of.”

Casco has concentrated its recent product-development efforts on further expanding the capability of this power port. It recently introduced the U.S. Car Power Outlet, which “gives an additional power outlet for a cell phone, a computer or whatever you want,” says Piepenbring. “The U.S. Car Power Outlet answers the need of people who are plugging everything into their cars today.”

But the innovations won’t stop here, Piepenbring predicts. “Numerous things are happening in this industry,” he says. “We’re looking at taking the electronic side of the automobile to an even higher level of comfort and safety.” He states that “increasing the electronic voltage systems used in vehicles will open numerous new areas of opportunity for the industry. Comfort and safety are the main focus for today’s vehicles, and electronics play a key part in this agenda.”

The company prides itself on its total team effort in the entire manufacturing process. Its product/project team encompasses all of the disciplines that go into the product-development, production and quality processes. “Teamwork is not an option. It’s a requirement,” says Casco’s product literature.

On Top of the After-market
There is more to Casco than groundbreaking products. The company has also established a strong after-market business, which includes lighter adapters, weather-resistant 12-volt outlets, extension cords, receptacles, power outlets and converters. The company has acquired an impressive list of retailers for its after-market products, including Canadian Tire, Carquest, CSK, Discount Auto, NAPA, Northern Automotive, Pep Boys, Wal-Mart and more. In its after-market advertising, Casco targets manufacturers, auto repair professionals and do-it-yourselfers, and stresses that the line is “proudly made in America.”

Casco has also made a successful entry into the international arena. Through its Sequa parent, the company has been able to gain locations in Brazil, Germany and Italy through an acquisition trail that stretched from 1995 to 1999. The most recent acquisitions were IMOS, based in Alpignano, Italy, and now known as Casco IMOS; and Schoeller of Frankfurt am Main, Germany, now known as Casco Schoeller. These two deals have added important synergies to the Casco product line. “Both of them produce electrical components for cars,” says Piepenbring. “We took them and added our expertise in lighters, power outlets and sensors, and formed these new units.”

Casco’s product-development and acquisition strategies are designed with the customer in mind, a focus that will keep the company strong throughout the 21st century. In its mission statement, the company commits itself “to ensuring total customer satisfaction in a responsive and competitive manner.”