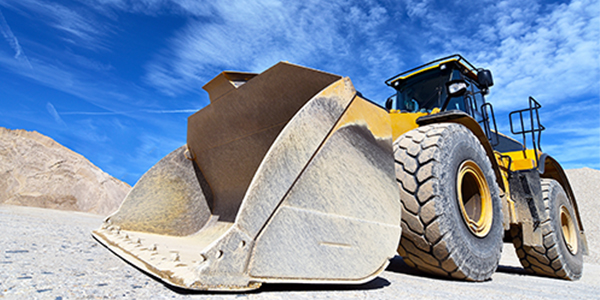 Six Sigma, the data-driven management and manufacturing concept, has brought increased efficiencies to numerous manufacturing firms, large and small. For Wellman Products Group, Six Sigma has opened new opportunities to increase its business. The concept has gone beyond its benefits to Wellman Products’ bottom line to provide a booster to its top line as well.

As Wellman Products, based in Medina, Ohio, explains on its Web site (which was recently relaunched), Six Sigma’s principles have led to the company’s most prominent product offering, the “Power of the Package.” Six Sigma has enabled Wellman Products to increase its manufacturing efficiency, heighten the engineering that goes into its products, made its e-commerce sector more flexible and kicked away the ordinary boundaries that have limited employees’ efforts to succeed. All of these factors have enabled the company to offer the most advanced components available for friction-related assemblies. These solutions are geared to perform no matter what the customer’s application is. Six Sigma has also brought significant and continuous improvements to its product lines in friction materials, stampings, powder-metallurgy parts and assembled components. Wellman Products has also applied Six Sigma toward meeting its goal of complete customer satisfaction, matching its product offerings to its customers’ priorities. This includes the company’s customers with global operations. It makes no difference to Wellman Products whether a customer is a one-shop operation or one with facilities around the world – the company will support that customer anywhere the support is needed.

Wellman Products has thus adopted Six Sigma not only to improve its total operation, but to provide new muscle to the company as it looks to grow. The company’s attitude toward where it wants to stand in the market comes through in its vision statement. Wellman Products, the company says, is striving to be “the global dominator” in friction-related products. It isn’t enough for this company to be a market leader, at the head of a line-up of other manufacturers. Wellman Products is seeking to be the ultimate authority in this market, the one resource for exactly what a customer wants in friction-related products.

Products on the Move
One of the leading divisions of Hawk Corporation, Wellman Products has been the industry’s top resource for friction control since the early 20th century. In 1925, Henry Ford himself came to Wellman Products to ask the company to develop transmission linings for the Model T. The work the company performed on that groundbreaking car led to more business with a variety of vehicle manufacturers. Today, Wellman Products’ friction components are used on planes, trucks, buses, cars and equipment for construction, mining, logging, lifting and farming. The company’s products, in fact, apply to any mechanism that’s designed to move.

Wellman Products is organized into product management groups based on the end products made by its customers. The Aircraft Group directs products toward commercial, passenger, military, cargo and general-aviation airplanes. The Heavy Equipment Group manufactures friction assemblies for graders, bulldozers, loaders, trucks, cranes and mining machines. The Racing Group deals with customers that manufacture stock cars, sports cars, Indy cars and sprint cars. The targets for the Specialty Vehicles Group include makers of motorcycles, snowmobiles, alternative-terrain vehicles and mountain bikes. Manufacturers of both on- and off-highway trucks benefit from the services of the Truck Group. Customers of the Industrial Machinery Group include producers of printing presses, stamping presses, press brakes and shears. Finally, the Agricultural Equipment Group gears its products toward manufacturers of tractors, combines and harvesters.

Wellman Products has also established a leadership position as a manufacturer of powdered-metal components. As the company points out, powdered-metal products create savings of more than 20 percent compared with parts that are cast, forged or stamped. One of its special capabilities is large powdered-metal parts, and the company achieves savings in this product category thanks to its 3,000-ton presses and other equipment. This machinery produces tighter tolerances – those surpassing industry standards for many applications.

As part of Hawk, one of the world’s largest suppliers of highly engineered products, Wellman Products has resources available from a corporation whose 2001 sales were nearly $185 million. Wellman Products’ facilities include four in Ohio – Akron, Brook Park, Solon and the headquarters in Medina – plus factories in Canada, Mexico, Italy, China and Japan.

The two concerns created a team whose mission was to put Six Sigma tools to work to create the new button. First, the team determined the critical elements to quality and performance in the button, using the customer’s perspective. Then team members ran gage repeatability and reproducibility tests at the facilities of both the customer and Wellman Products. Following these tests, the team used Six Sigma’s design of experiments to evaluate the factors that influence the mechanical data. From these processes, the team was able to create two formulas for mixtures that would meet the customer’s requirements for the button.

As a result, the team came up with two winning candidates for buttons, both of which met the customer’s requirements and both of which offered superior performance. The customer picked one of these winners and successfully realized the cost savings it was seeking.

This example not only shows how Wellman Products has turned Six Sigma into a powerful marketing tool. It also demonstrates the dedication of its employees to both the Six Sigma concept and to the success of the company. “Our most important asset, our people, have been trained at all levels as an essential means of raising the bar and continuing our improvements,” the company says.

Wellman Products fosters this dedication through Six Sigma as well. Training in Six Sigma mirrors training in the martial arts; the same colored-belt system is used to recognize levels of proficiency. Right now, Wellman Products has several dedicated black-belt Six Sigma masters, who work to promote the Six Sigma culture within the organization. Their presence ensures that the company continues on its mission to understand its customers’ needs, choose (or create) the suitable materials, review and improve the designs, engineer the processes and rely on the data before a new part is shipped. Many powerful packages have been produced as a result of this process, and many more will emerge as the company seeks to grow in the future.