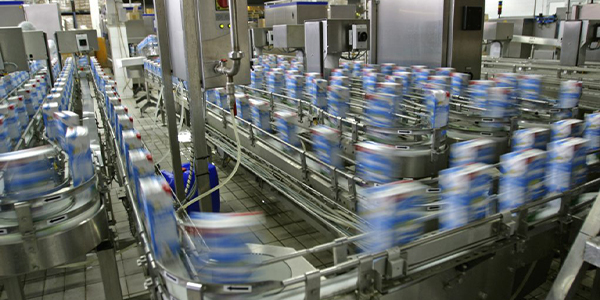 Today the AMEE has a membership of almost 100 companies and is recognized by national and international organizations, as the professional association that has brought together the most important packaging manufacturers of Mexico.

The association’s main purpose is to participate and influence the decisions and solutions in the national packaging industry, through genuine representation of all the members with the corresponding private and official agencies. The service mission of the AMEE is to continuously provide a value-added service to its members and to maintain a spirit of quality and excellence.

Services the AMEE supplies to its members include news on trends and innovations in packaging in order to reach world-class levels of competitiveness. AMEE also disseminates information relating to new laws and official regulations that affect the packaging sector. It promotes the utilization of ecological materials, in order to protect the environment, and establishes professional relationships with other associations and commercial chambers, both domestic and international, in order to exchange experiences and technical information. AMEE also promotes and coordinates domestic and international efforts of technical collaboration to benefit the packaging industry.

Other important activities include a National Congress, during which the main topics regarding the development of the packaging industry are analyzed, and an annual packaging competition: “Envase y Embalaje Estelar.” Teaching and training, research and technological development, and promotion and diffusion activities regarding the packaging topics are also addressed by the association. In addition, AMEE is the sponsor of the exhibition “Expo Pack Mexico,” the most important packaging fair of Latin America, with 760 exhibitors from 24 countries and more than 30,000 visitors. It also publishes a weekly bulletin, bimonthly electronic magazine and the Packaging Statistical Yearbook.

A growing sector
The Mexican packaging industry is a very dynamic sector of the economy. During 2005 the industry recorded production of 8,317,822 metric tons, with a growth of 2.7 percent versus the prior year. The value of production reached $6,790.4 million (U.S. dollars), representing 1.5 percent of the GDP and 8.7 percent of the manufacturing GDP, with a growth of 13.1 percent versus last year.

During the first semester of 2006 the packaging sector had excellent results. Sales value increased 9 percent versus the prior semester with a sales value of $3.478 million (U.S. dollars).

Despite this growth there are key factors affecting membership, including the lack of enough local production of equipment and machinery to produce packages. At present 85 percent of the machinery used in the Mexican packaging industry is imported, mainly from Germany, Italy and the United States.

Other important factors include:

Fuels and energy. The price for natural gas is high versus the cost in other countries such as Chile, for example. On the other hand, the cost of electricity is higher than other countries that compete with Mexico’s goods.

New laws and regulations to protect the environment are very complicated and provoke misunderstanding and delay.

Technological changes and innovation in the industry. Mexico imports the technology to produce packages. Many times, the technology is incorporated with the machinery and the equipment that produce the packages. This allowed the packages to maintain an international competitive level, in quality and technology. However, the main innovations developed by the Mexican producers are in the graphic design, ergonomics and structures in flexible packages. In the glass sector, mainly in the perfumery area, Mexico has the most creative and innovative products.

National legislative issues. The last law regarding packaging industry, named “Ley General para la Prevencion y Gestion Integral de los Residuos” (General Law for Prevention and Integral Management of Waste), was published in the Official Journal on October 8th of 2003 and in accordance with Mexican Legislation, the law will be in operation when the regulations (related to the law) had been sent and published in the Official Journal. At this time, the regulations have not been published, and therefore the manufacturers, importers, exporters, merchants and consumers, are on stand by.

The future
The packaging industry in Mexico will nonetheless grow, at least, at the same rate of the GDP. In the near future, the packages that will be delivered to the consumer include new developments of stand up pouches, retortable packages for food, new laminate structures, films with barrier properties, and new security devices. There will also be incorporation of RFID labels in palletized products.