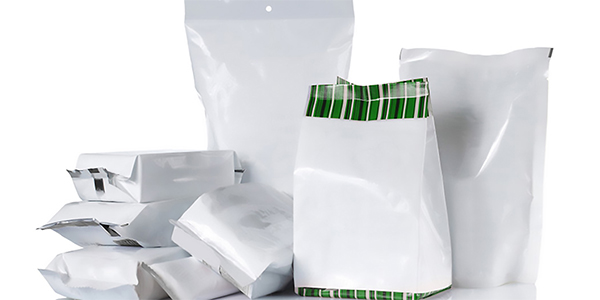 The industrial sector in Brazil has had to deal with a few major economic obstacles such as tax burdens, inflation and more. Still, with all the difficulties that are manifested within Brazil’s current economic growth, industries try to find a way to innovate to become a global force.

ABIEF, “The Brazilian Flexible Plastic Packaging Association,” was founded in 1977 with the purpose of enabling businesses to develop tactics of expansion. The difficulties faced by this industrial sector have placed ABIEF in a very important role, as the connector to the various links of the productive chain. In the last two years its mission has been amplified into a modern context of opportunities created through innovations. Its dedication to this union is demonstrated through hard work, with various business meetings, seminars and workshops held throughout the year.

In 2006 ABIEF established itself globally and its international credibility has enabled it to participate in various major events throughout the world: NPE (USA); PackExpo (USA); Argenplás (Argentina) and Emballage (France). In addition, the association has participated in internationally recognized events held nationally such as the Fispal Technology, Brasilpack, Hall Packs, Packs Nordeste and Interplast. In every occasion ABIEF fully promotes its associates and products, and in doing, has distributed as many as 5,000 guides in CD version to promote its sector. Today, this guide is an important document for the Brazilian flexible plastic packaging industry, and its four editions contain relevant information telling not only the story of this industry but tracing strategies for its future development. It also provides executives with a practical manual where they can find all the information necessary on plastic packaging solutions on a global scale.

The industry’s current state
The first semester of 2006 was marked by much turbulence, caused by the low demand combined with an accentuated decrease on the packaging’s weight. As a result, the sector felt an extreme necessity to cut its losses. The 3.5 percent increase in revenue and in volume of production registered in 2005 was not surpassed in 2006. As a consequence, the sector invested little in modernization and technology. Resources were aimed at the maintenance of the companies in order to try and keep their doors open. ABIEF estimates revenue of U.S. $3 billion in consumption of around the 678,000 tons of packages produced in 2006. Not even the supposed “consumer revolution” dictated by the abundance of lines of credit being extended to the consumer helped amend the situation. Most of the consumer population utilized their lines of credit to acquire a new television – a necessity during a world cup year – and to amend old debts.

The descending price curve in thermoplastic resins also helped worsen the crises. In return, the polyethylene resins of high and low linear density in Brasil registered the second highest pricing, losing only to the U.S., which registered the highest. Still, Brasil maintains its leading position in Latin America in the production of flexible plastic packaging, supplying 36 percent of a total of 14 countries, followed by Mexico, Chile, Argentina and Colombia. According to previsions made by international specialists, this sector will enjoy a much less turbulent future.

A study made by Pira International estimates that until the year 2010 the world’s demand for these types of packaging will rise 30 percent, having a quota base consumption of 12.3 million tons in 2004. The annual average index of growth in this period will vary around 4.5 percent and as expected, China and India will lead the world in this “hunger” for flexible packaging. By the year 2010, Chinese consumption will generate 3.8 billion Euros – that’s 1.7 million tons. The South American index growth of 2004 through 2010 is expected to be around 7 percent. Brazil will easily surpass this index with a growth of 20 percent until 2009.

Innovations in the industry
Some time ago, large corporations started a silent project with the goal of reviving and bringing appreciation to its brands. Following the feelings of international specialists, their packaging was voted an extremely powerful tool in the process of accomplishing their goals. Instead of using traditional ads, the package was re-invented and transformed into a talking billboard placed at strategic points in order to converse directly with the consumer. Quite simply, the package abandoned its original purpose and assumed the status of a “subtle weapon of quiet persuasion.” The main brand names, especially in the food, drink, cosmetics and consumer goods in general, had to achieve the perfect equilibrium between regionalization and globalization. It is important not to forget that most markets are still being conditioned to local traditions and cultural values that influence the consumer’s attitude in relation to the form, color, and text of the packaging.

We follow the trends closely and new concepts are continuously translated into innovative packaging, including strand-up, pouch retort, bio-degradable packaging and sleeve labels, to mention some of the cutting-edge technology that is becoming more and more advanced and sophisticated every day.

Despite these innovations, there are still setbacks, including high tax burdens that can reach up to 45 percent on the packaging sector. The greatest task is to sensitize the governmental bodies involved for the immediate reduction of this tax burden, which keeps companies from making new investments, causing them to lose their growth capacity. It is also important to stress that regardless of all the efforts and all the investments already made in recent years, the Brazilian flexible packaging industry still can’t reach its
full export potential. This practice becomes impractical in the midst of current economical policies in relevance to the value of the Real (Brazilian currency) in comparison to the dollar.

The future
ABIEF maintains a partnership with Plas-tivida, an environmental association responsible for promoting the importance of plastic and its correct use in modern life. Both entities are ready to lead recycling projects. The success of these projects will be determined, in part, by the population in creating an effective system of collection and selection of urban garbage. It would be unacceptable to tolerate the imposition of laws without grounds that penalize the sector without justification. Most of all, it is important to note that for over a year ABIEF has consolidated its efforts to defend the industry in its business and tendencies.

In addition, one of ABIEF’s flags in 2007 will be to achieve a much-deserved value in the flexible plastic packaging industry in order to promote and consequently attain fair pay for its products and services. At the same time the association will be fighting for its businesses, looking to show to its direct clients (the industries) and indirect (ultimately the consumer) that the package is without a doubt one of the most important products in the market today.

It does not matter what the raw material is or its purpose; the truth is that only the package has the capacity and the power to maintain the product and allow for it to be sold in one piece until it reaches the consumer. It is necessary that all of the parties involved – industry and consumer – understand that there are benefits of the package. Modern society does not forgive a mediocre package.

In order to ensure the survival of this industry the companies involved must develop a higher level of professionalism and dedication, and a continual effort must be made by all involved in this process, which also includes the industries that use the packaging service and the consumer. All must be aware of what they are buying and paying for. It is necessary to show the market that flexible plastic packaging contributes greatly to the value of a company’s product. After all, there is a lot of financial capital and human resources in the process of development and the production of a package.

Rogerio Mani is president of ABIEF.