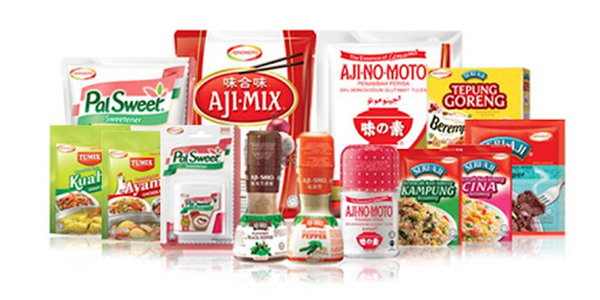 Ajinomoto. Break that word down into three components and say it soft, slow, but with emphasis on each of the five syllables: “Aji-no-Moto.”

And say it like you mean it. Utter it like a connoisseur. For you are giving expression to one of the most quintessential elements of the eating experience. Literally translated, Ajinomoto means “the essence of taste.”

Ajinomoto is also the name of a Tokyo-headquartered organization, the Ajinomoto Company, and for nearly 100 years that is what it has provided for Japanese consumers: the essence of taste.

It brings that experience to the United States via its subsidiary, Ajinomoto USA Inc., particularly through its Ajinomoto Food Ingredients business.

Ajinomoto established its name with its signature product, monosodium glutamate, and later ventured into amino acids and artificial sweeteners. Ajinomoto has embraced a management philosophy focused in making significant advances in food and health on a global basis. That is, its products not only taste good; they are good for you.

The American subsidiary, Ajinomoto USA, Inc., collaborates with food specialists from the home company to develop innovative products that cater to the increasing demand among U.S. customers for Japanese and other Asian cuisines. Offerings include an expanding line of authentic ingredients, appetizers, snacks and entrees. Like the parent company, the subsidiary ensures that all products are nutritionally beneficial.

Ajinomoto USA is headquartered in Paramus, N.J. and has supporting offices in Los Angeles, Honolulu, and Washington D.C., and manufacturing facilities in Raleigh, N.C., and Eddyville, Iowa, and a frozen food facility in Portland, Ore. In recent years, retail and food-service sales have skyrocketed. Ajinimoto USA’s tremendous growth and diversification led to the formation of three companies that include Ajinomoto Heartland LLC, Ajinomoto AminoScience LLC and Ajinomoto Food Ingredients LLC.

Since its inception, the Chicago-based Ajinomoto Food Ingredients has become recognized as a pioneer in the science of flavor enhancement and a world leader in food technology. Its line of food products and ingredients include seasonings, edible oils, and processed foods and beverages.

Long History
The roots of Ajinomoto run deep and became firmly entrenched in global soil. The Ajinomoto Company was founded in 1909 and grew to become a leading global food company. In Japan, where product presence is ubiquitous, it is the largest food and beverage company.

Ajinomoto made its presence felt as the world’s first manufacturer of monosodium glutamate. Today, the company remains the leading global supplier of that well-known food ingredient. Ajinomoto also is a recognized world leader in the research and development of amino acids, and it serves the majority of the world’s amino acid market. Further, it has developed into a major producer and supplier of the popular sweetener aspartame.
In expanding its reach across the world, the company formed joint ventures with other international companies such as Bestfoods, Compagnie Geravis Danone, Kellogg and Kraft.
Throughout the 1970s and 1980s, the company diversified into sweeteners, frozen foods, beverages, and dairy products. Today, truly a global operation, the Ajinomoto Company has offices in 23 countries and 102 plants in 16 countries. The Ajinomoto USA subsidiary was established in 1956.

Research and Development Leaders
Through the years, the Ajinomoto Company established itself as the international leader in amino acid technologies. It was the first company in the world to produce amino acids on an industrial scale. In subsequent years, it has led development in that area. In America, Ajinomoto USA’s North Carolina plant has been producing pharmaceutical-grade amino acids since 1982.

In its food products business, the Ajinomoto Company has positioned itself at the vanguard of research and development, striving to develop products that meet the demands of international consumers who are becoming increasingly health conscious. Ajinomoto boasts an international network of more than 900 scientists, physicians, pharmacists, food technicians and nutritionists working in laboratories and test kitchens.

“In the global food industry, Ajinomoto planted its roots in amino acids and then moved forward into retail foods,” says Brendan Naulty, vice president of sales and marketing for Ajinomoto Food Ingredients. “That’s unique in this industry. We have positioned ourselves as a world leader by testing, research, and development. A large percentage of revenue each year goes into research and development.”

The main thrust of its amino-acids efforts has always been to develop products that enhance the health of its customers. The company’s mission is to produce high-quality amino acids at a competitive cost while developing new applications and extending marketing and production organization into new regions.

Specifically, consumers are interested in alternatives that increase health by keeping sodium and blood sugar levels low. In the United States, that interest was sparked by the latest edition of the Dietary Guidelines for Americans, a publication produced every five years by the Department of Health and Human Services and the Department of Agriculture. The 2005 edition included recommendations for reduced sugar and salt consumption.
“Many food companies are responding by making products healthier by reducing sodium and sugar,” says Naulty.

Cutting out the Salt
But as far as sodium reduction, herein lies the rub: how to significantly reduce salt without substantially sacrificing food palatability?

Remaining true to its “essence of taste” philosophy, Ajinomoto has sought to reformulate products in such a way that a food’s intrinsic flavor is enhanced rather than diminished. To this end, it uses monosodium glutamate as an effective alternative that improves flavor while keeping overall sodium levels down. Monosodium glutamate has only a third of the sodium of sodium chloride typically used in food products.

Products developed by Ajinomoto, and made available in the United States by Ajinomoto Food Ingredients, that address the salt issue include Koji-Aji, which is produced with a patented manufacturing method that, among other things, makes it low in sodium. Moreover, it improves the taste of products reformulated for reduced sodium. It comes in powder form and can easily be used in a variety of savory applications. It enhances flavor of meat, poultry products, and vegetables.

The company says it is comprised of a unique savory seasoning that enhances “Kokumi,” a Japanese flavor concept that goes beyond the five basic tastes of sweet, salty, sour, bitter and umami. “Kokumi” is a Japanese word used to express the concept of “deliciousness,” a blend of initial flavor impact, continuity and roundness. This is what is missing from reformulated foods, the company feels.

Ajinomoto also produces a line of multifunctional nucleotides labeled Ajitide. Nucleotides produce a stronger, richer taste through a synergistic effect with monosodium glutamate. They are used in a wide range of processed foods such as soups and flavored seasonings. Ajinomoto’s Ajitide ingredients help maintain flavor while reducing sodium levels and include Disodium 5 Inosinate (IMP), Disodium 5 Guanlyate (GMP) and I+G, a 50/50 mixture of IMP and GMP.

In addition, Ajinomoto Food Ingredients is the exclusive distributor in the Western Hemisphere and Europe of San-J Industrial Products. These versatile, low-sodium food ingredients – including soy sauces, specialty sauces, and seasonings – add taste and aroma, and are available in liquid, spray-dried and paste forms. They can be used in traditional American offerings such as meat, poultry, fish, seafood, vegetables, breading, coatings, snacks, crackers, baked goods and soup applications.

Tackling the Sweet Dilemma
In addition to reducing sodium levels, many consumers adhere to the Dietary Guidelines by cutting back on sugars, whether it is sugar actively added into coffee or onto foods such as cereal, or the sugar that is included in processed foods. The most common methods for sugar reduction are sugar substitutes. However, many consumers find these wanting, as far as a taste experience.

Ajinomoto offers a palatable alternative with its aspartame products. Not only does aspartame taste better than most sugar substitutes on the market, but it can be used in many applications.

Ajinomoto Aspartame is an intense sweetening ingredient which has exceptional sensory, nutritional and safety characteristics. Its flavor and cost savings make it attractive to food and drink manufacturers.

In recent years, Ajinomoto has been a world leader in aspartame production, and it recently began expanding its aspartame manufacturing plants to meet the growing demand from food and beverage, confection, and pharmaceutical manufacturers. The company anticipates that by March 2006, it will be able to supply more than half of the world’s rapidly growing aspartame market.

Flavorful Offerings
Other Ajinomoto offerings include its Activa product line. Activa transglutaminase, which can cross-link proteins, is produced by a microbial fermentation of a naturally occurring organism. Ajinomoto’s Activa is a calcium-independent form of the enzyme, a characteristic advantageous to many food systems. It has potential application in many protein foods and can be customized for use in many other foods, even those with lower protein contents. Several Activa preparations have been specifically designed for various applications. These include Activia FP, designed for use specifically in meat and poultry restructuring applications; Activa RM, designed to restructure muscle foods such as red meat, poultry and seafood; Activa TI, designed to improve the general texture of foods, and Activa GB, formulated to quickly bond meat product surfaces as a dry sprinkle or during mixing.
Another notable product is the Savor-Rich flavoring base, which can be used in place of chicken stock. As a flavoring alternative, it offers the taste of the best chicken seasonings and stocks.

Ajinomoto’s Toasted Sesame Oil is 100-percent virgin oil characterized by the aroma and flavor of toasted sesame. The oil adds flavor to products such as marinades and salad dressings.

So, forget about what ever you may have heard about new-fangled taste concepts such as the “Essence of Emeril.” As its name implies, Ajinomoto provides the “essence of taste,” and it has done so without compromise for nearly 100 years.