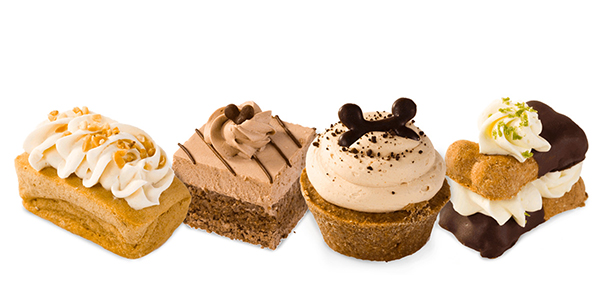 Fewer of us sit down at a table for three proper meals a day. Growing numbers of us grab breakfast and lunch on the go. This is a modern lifestyle that lends itself to the snacks, cakes and cookies produced by Royal Cake Company.

Whether we crave the quick energy boost provided by a creme-filled oatmeal cookie or desire the lower-fat option of a cereal or fig bar, Royal Cake Company’s products provide the solution for lifestyles that just get faster and faster. The firm says it targets “families-on-the-go” with its snacks. “Today, it is coffee, shower and off to work,” said James B. Whitney, president and CEO of Royal Cake. “It is life on the go. Zoom, zoom, zoom. Grab and go.”

The company, based in Winston-Salem, N.C., produces up to 400,000 cookies every day and, with its own fleet of trucks, delivers fresh snacks to the 48 continental states, Canada and Mexico, and ships overseas. Royal Cake makes more than 20 different varieties of snacks under a number of private and branded labels.

In these tough times, however, buyers are running inventories as low as ever. “There has been hesitancy on the part of buyers and we have seen a tremendous turn of them keeping inventories at almost scary levels,” said Whitney. “Just-in-time is what they are really looking for. They want delivery on a Monday morning so they can put them on the shelves on Monday afternoon.”

Despite this trend, Whitney does believe better times are just around the corner. “I think we have seen the worst of it,” he said. “We do see some pick up on the horizon. Orders are beginning to pick up and buyers are being a bit more receptive.” That’s welcome news for Royal Cake and its suppliers. Whitney said the flour and wheat markets are “finally settling out a little bit” with better forecasts the third and fourth quarters, even if margins are expected to remain extremely tight.Like many firms, Royal Cake has for some time been adopting a “wait-and-see” policy on investment in new equipment. “We can see a general trend of ‘Let’s give this thing a couple of months before we make a decision’,” said Whitney. “It is wait-and-see. But we do have some equipment we are looking at and we have invested in some new equipment this year. When you have a plant that has been running as long as our plant has, things do wear out and things do get broken.”

The local baker
Royal Cake’s history goes as far back as 1925, when a World War I veteran named G.G. Welch started work as a salesman for a bakery in Winston-Salem known as the Easley Cookie Company. Easley’s original sugar cookies were popular in the neighborhood, but Welch and a colleague had bigger plans. They bought the company in 1926 and started to expand. Within 10 years the sugar cookies were selling well in seven different states and the firm’s volume of work was outgrowing its plant. Action was required.

Welch and his son, John, grew the company and added new products. By the 1950s, the firm’s now-famous crème-filled oatmeal cookies were selling in every state east of the Mississippi River. The show was well and truly on the road. Again, volume of sales encouraged the business to expand and move to even bigger premises. In 1964, Welch took on his original partner’s interest in the firm and moved to Royal Cake’s present location in Cassell Street.

Welch stepped down as president in the early 1970s, handing over the operation of Royal Cake to his son. John Welch expanded sales into the West Coast and abroad. Current president and CEO Whitney has been with Royal Cake for 21 years, starting out as vice-president of finance and being made CEO 16 years ago. Today, the snack cakes and cookies market is more competitive than ever. New product lines appear all the time. Whitney estimated that more than 800 new cookie products appeared on the grocery shelves last year alone.

Many of these new products soon disappear, but the sheer choice for the consumer makes it imperative that Royal Cake constantly updates its own product line. The firm has up to eight new products at various stages of development, including a non-filled version of its oatmeal cookie for institutions like schools, hospitals and prisons and a new cereal bar – as well as a few it won’t talk about just yet.

“What makes it tougher and tougher every year is the new items on the grocery shelves,” said Whitney. “Even though many of these products disappear quickly, consumers sometimes just want to try something new and something different. “Who eats cookies? What age group? That is a very interesting question,” he muses. “I think everybody eats cookies, not one age group. We try and target the whole family. Everybody wants a little sweet or snack after lunch. That’s what we are trying to do.”

Health Conscious
For more and more health-conscious consumers, something new means something with less fat, but there are a considerable number who need a sweet snack, cake or cookie to keep them going during the day. Anticipating consumer behavior has become crucial to the success of Royal Cake.

“Some consumers are being a little more health conscious about it, but on the other hand there is the construction worker who goes to the vending machine at lunch-time with 50 cents and he still wants the biggest thing he can get for his money,” said Whitney.

Up against much bigger rivals with more commercial clout, Royal Cake has to evolve to stay ahead of the pack. It can’t afford Super Bowl advertisements. What it can do is examine the behavior of consumers and rivals very closely and take action. “We have discussions about this internally all the time,” said Whitney. “If a company does not change its way of thinking, forget it.”

Asked what makes his firm and its 300 staff special, Whitney replied: “We just love making cookies with our friends. We enjoy what we are doing. There are some tough times but it is fun.”

“We enjoy making a product where you can see the ingredients being made and you can see the actual product in 10 to 15 minutes. We love it when people tell us they enjoy our cookies.”

As many of the business textbooks tell us, a passion for one’s work is usually a recipe for success.