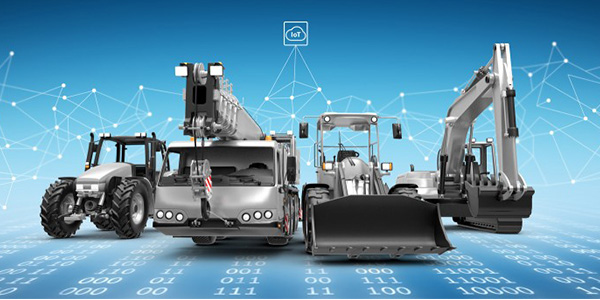 No less an enterprise than Frost & Sullivan, the renowned strategic marketing consulting firm, has recognized the contributions Mannesmann Rexroth Corporation has made to U.S. industry. In March, Frost & Sullivan presented the 2001 Marketing Engineering Awards to companies that have made positive contributions to the hydraulic valves industry in North America. Rexroth received the Customer Service Leadership award — which placed the Hoffman Estates, Ill.-based manufacturer alongside such other industry giants as Parker Hannifin (which received awards for Merger & Acquisition Strategy and E-Commerce Innovation) and Eaton-Vickers (the winner for Market Engineering Leadership).

In the same announcement, Frost & Sullivan also released its study of the North American market for hydraulic valves. This industry generated revenues of $1.7 billion in 2000, the study said, and is expected to grow to nearly $2.1 billion by 2007. Rexroth — the North American unit of Mannesmann Rexroth AG of Lohr am Main, Germany, with an annual sales volume of $2.7 billion — is thus on the leading edge of a major growth industry.

But Rexroth’s product offerings are by no means combined to hydraulics. The company’s overall focus is on motion control; its products, the company says, provide its widespread industrial customers “with force and motion in its many forms.” Indeed, the North American unit is structured according to the product families it offers.

Rexroth Hydraulics is the division under which the company produces pumps, electronics for monitoring and controlling the pumps, and accessories. The company’s pump line includes bent-axis pumps, swash-plate pumps, gear pumps, radial-piston pumps and vane pumps. This line, one of the most complete offered by any company in the industry, finds its way into applications including railway engineering, chemical process plants, power and environmental engineering, automotive engineering, plastics processing machinery, paper, presses, test rigs and simulation systems, marine engineering, civil/water engineering, transportation technology and machine tools.

This division has a solid history of innovation behind it. Rexroth Indramat introduced the first AC servo drive in 1979; today, the AC servo drive is the world standard for maintenance-free, high-performance motion control. In 1987, the division unveiled its high-resolution feedback system, which permits a motion control system to measure up to 4 million positions per motor revolution. When intelligent digital drives and digital communications came to the fore a few years later, this feedback system played a major role in those technologies. Five years later, intelligent digital drives formed the basis for distributed motion control technology.

Beginning in 1992, U.S. industry began to notice the development of the serial real-time control (SERCOS) interface, involving digital communications between digital drives and controls. Rexroth Indramat was a leader in the development of this technology — now the only international standard for this form of motion control — and stands today as the world’s leading supplier of open-drive solutions.

In 1994, Rexroth Indramat stepped to the plate again in motion control innovation with its launch of the System200 control strategy. Before System200, the company says, “hundreds of control components, developed over time as users needed them, evolved into manufacturing plants with a hodgepodge of specialized, usually proprietary, control systems. As users’ needs changed, they found these systems difficult or impossible to upgrade, too complex to reuse, too closed to be connected to new equipment.”

After taking “a good, honest look at the control problems faced by today’s industrial companies,” Rexroth Indramat came up with System200. This is an advanced, personal computer-based machine control strategy integrating motion, logic and human-machine interfaces into a modular, open-architecture platform. “We opened our architectures to expand access to advanced technologies,” the company says. “We also opened our minds.”

Quality on the Line

The company’s linear motion products come under its Rexroth Star division. With a reputation for in-house development and manufacturing expertise that stretches back for decades, Rexroth Star provides the industry’s widest and most technologically advanced range of linear motion solutions — especially those geared for machine building and automation purposes.

Specialist for the Future

“Commitment” is actually not strong enough a word to describe Rexroth’s regard for its industry and its customers; “passion” is the word that the company prefers — and judging from its products, its expertise and its global reach, that’s the more accurate description of how Rexroth approaches its business. Rexroth offers its customers a choice: A company can purchase motion controls from “a vendor of commodity pushbuttons,” as the company expresses it, or place its reliance on a specialist in all of the disciplines of machine motion.

As further evidence of this passion, Rexroth recently joined with other high-technology manufacturers to sponsor a team of 31 Detroit-area high school students who built a battery-operated robot to compete in the 2001 FIRST Robotics Competition finals in Orlando, Fla. Along with Exide Technologies, NACHI Robotics, Sverdrup Technology, Aluminum Supply Company and other firms, Rexroth provided support for “Las Guerrillas,” as the team was known, which garnered a tie for fifth place among a field of 330 other teams.

The sponsorship provides additional proof that Rexroth has a clear eye on the future of motion control. So does the citation by Frost & Sullivan, which celebrates Rexroth’s history of innovation. It is that culture of invention that places Rexroth in an admirable position to take advantage of the growth potential in all of its target markets, as the first decade of the 21st century progresses.