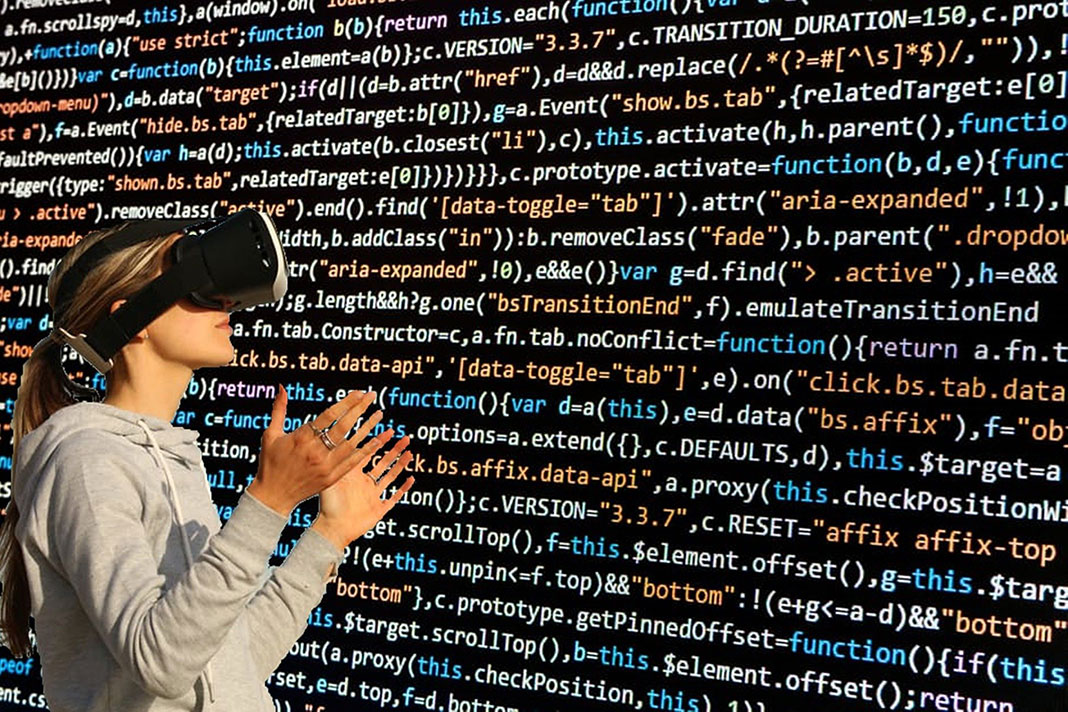 It’s more important than ever for businesses to understand how to protect their innovations and achieve maximum value for new technologies.

With rapid changes, pressure to innovate, and acceleration of implementation of advanced technology across all stages of the supply chain over the past year, there are important intellectual property (IP) considerations that companies need to make to protect their inventions. Leading edge tech like Augmented and Virtual Reality, machine learning and Artificial Intelligence, and 3D printing have become integral to business success yet continue to cause confusion around how the technology should be patented.

This article explores some of the nuances as they relate to the art of protecting the software that fuels the base technology of these advanced innovations and important considerations that need to be made in the current environment.

How to Patent New Technologies

In general, patenting software in the U.S. requires that the software provide a “technical improvement” beyond the mere application of existing software. For example, software that enables ML or AI to process training data faster or create better, more accurate models may be eligible for patenting whereas software that only applies known ML or AI algorithms to a different kind of data set is likely not eligible. Additional aspects of ML/AI innovations that may be protected include techniques for more efficient or accurate labeling of training data and modifying or filtering datasets to optimize computational resource utilization or improve accuracy.

In the recent past, there has been an uptick in augmented reality (AR) and virtual reality (VR) filings in various industries, including manufacturing, gaming, education, and robotic surgery, among others. Innovations in AR and VR can include hardware or software as well as a combination of both. Hardware innovations can include how the AR or VR is displayed to a user or how the AR/VR presentation can be more realistic.

Software innovations can include ways to improve computational speed needed for processing intensive AR or VR or how visual modeling can be done to better mimic reality. In addition, software innovations can relate to decisions triggered by certain outputs from sensors included in the hardware as well as innovations relating to more intuitive graphical user interfaces (GUIs) and placement of such GUIs or graphical objects.

We recommend that patents in AR/VR should include both hardware and software components to describe the context of the invention as well as how the invention improves an aspect of the technology. AR/VR inventions also often have more than one use case or embodiment. We recommend including several example uses of the AR/VR in the patent application.

Modern 3D printing technology involves hardware, software, or a combination of both. As with ML/AI inventions, 3D printing software innovations should be described in patent applications with the technical improvements they enable. The descriptions should include specifics of how the innovation accomplishes its improvement. Similar to AR/VR inventions, even when the invention is hardware focused, the patent application should include descriptions of both hardware and software.

Innovations in 3D printing that can be protected include techniques for printing more efficiently by using less power, less material, or by performing certain processes faster. In addition to the improvements made to the printers and the printing processes they employ, other aspects of 3D printing are also protectable, including inventory management, product testing, and validation, among others.

Certain inventions in the technologies identified above may be directed to back-end technology, which may be difficult to detect. However, patents protecting such inventions can provide strategic value because a patent owner can assert the patent against an alleged infringer without having sufficient evidence to show that the alleged infringer actually infringes the patent.

Finally, patenting should be more of a chess game with multiple types of players rather than a game of checkers where all of the pieces are the same. Innovators should consider developing an intellectual property program that is strategic, systematic, and intentional to provide a framework for objectively assessing whether or not to protect certain inventions. By working with patent counsel, innovators can fine tune their program based on their IP budget, their industry, and their appetite for patent protection and enforcement.

Innovations today in AI/ML, AR/VR, and 3D printing may form the foundations of entire industries in the future. Innovators should give careful consideration to how to best protect the innovations in a way that maximizes their value.

Paul Hunter is an IP lawyer at Foley & Lardner LLP. He chairs Foley’s Electronic Practice and manages Foley’s San Diego office. Paul assists companies in maximizing the value of their technology. He has created valuable patent programs at many companies and regularly navigates the challenges in patenting software. PHunter@foley.com

Shabbi Khan is an IP lawyer at Foley & Lardner LLP and a member of the firm’s Electronics Practice and Technology Industry Team. Shabbi’s practice focuses on patent prosecution and client counseling in the fields of computer software, electrical and mechanical technologies, and medical devices. He also provides strategic counsel to early-stage companies on the development and management of domestic and foreign patent portfolios. skhan@foley.com