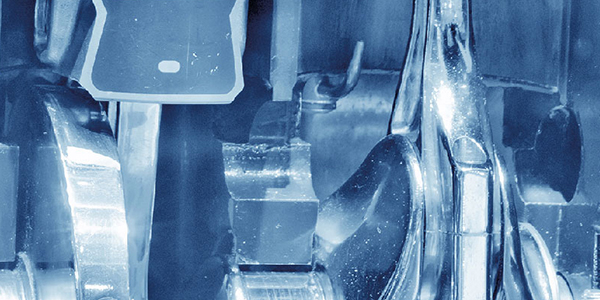 David Alexander Stuart began producing specialty lubricants in a small building in Chicago in 1865 as the Civil War came to a close and America’s industrial revolution began to heat up.

As the years passed, the company experienced steady growth in fame and fortune as it introduced a series of superior products. Its Dascolene and Excelene were widely accepted cutting oils in the early 20th century. Thredkut was quickly recognized as an outstanding cutting oil for increased production and longer tool life when it hit the market in 1923.

Beginning in the 1950s D.A. Stuart initiated a worldwide expansion program buying companies in Europe as well as the U.S. and Canada. In 1980, with the purchase of the Ironsides Co. of Columbus, Ohio, Stuart doubled its size and added new products including rolling oils which are used by the can-making industry. The acquisition strategy continued and even intensified after the 1997 move to the company’s present headquarters facility in Warrenville, Ill.
In 1998, W.R. Grace’s can lubricants business was purchased, giving D.A. Stuart the leading share of the can-forming lubricant market. The following year the firm acquired the worldwide process lubricants operation of Nalco Chemical, including its aluminum and ferrous rolling oils products and technical support staff. This Nalco unit serviced the specialty lubricant needs of the steel and aluminum rolling and can-making global market.

In 2000, the company bought essentially all the assets of Eppert Oil of Detroit, Mich. The purchase moved Stuart to No. 1 in the U.S. metalworking fluids market and placed it with the top five world leaders. Commenting on the purchase, Stuart’s former CEO Jim Castle said, “Stuart has one of the most diverse product lines in the specialty chemicals industry. Our focus in making acquisitions is not to expand our product lines, but to acquire resources that will strengthen our ability to provide our customers with innovative technology and superior service.”

Another important acquisition came in 2000 with the purchase of Smallman Lubricants Ltd. in the U.K. The combination of Stuart’s existing facility in Wolverhampton and the Smallman plant in West Bromwich amounts to a new force in Britain for the production and supply of specialized lubricants for the industrial and automotive markets throughout the U.K.

To add to its impressive credentials, the company has achieved ISO 9001 certification and was the first specialty chemical firm to receive QS-9000
certification, a quality standard developed by DaimlerChrysler, Ford and GM, important Stuart customers. Ford’s Q1 status also has been attained.

Reorganization for the 21st Century
In August of 2001, D.A. Stuart announced a reorganization of its business units, paring them down to two segments: The Metals Division and the Metalworking Division. The new Metals Division, led globally by Senior Vice President James A. Marcrum, serves the nonferrous and ferrous primary metals industries including steel rolling, aluminum rolling and D&I can-making. Senior Vice President Charles Santangelo heads the Metalworking Division which serves the fabricated metals industries including aerospace and automotive markets.

In a recent interview, Marketing Manager Todd Borchardt explained the challenge facing both the Metals and Metalworking Divisions is to increase marketshare in the mature U.S. markets served by each division. In addition to aggressive pursuit of growth opportunities abroad, both divisions are identifying select industries where pockets of growth are expected and where Stuart’s expertise can bring tangible added value to the customer.

An example growth area is the hydroforming industry. Through the hydroforming process, automotive component manufacturers can form complex parts in a quicker operation, eliminating welding steps and achieving lighter weight, yet stronger, parts. Tubular hydroforming requires a series of lubricants for tube bending, external part lubrication, and for the internal pressure system. Because of the potential for interaction between the various lubricants used in the process, lubricant compatibility is a particularly important issue.

D.A. Stuart’s new Hydrodraw 625 is a dry-film lubricant designed for external part lubrication during hydroforming. It is a low viscosity, quick-drying liquid that leaves a thin flexible film that enables the required metal flow where severe duty die demands are encountered. The lubricant resists washoff during hydroforming, but is easily removed in subsequent cleaning operations. Contamination of the internal pressure system is minimal and controllable by filtration devices.

Chemical Management Both D.A. Stuart divisions offer
customized chemical management programs designed to ensure that the fluids used by a company are those most suited for its operations. A program could include Stuart’s technical staff assuming full responsibility for managing all of a customer’s chemical products and services or could be limited to overseeing only key elements of a manufacturing program. As a leader in specialty chemical production, Stuart continually monitors environmental trends and government regulations and can keep a customer’s chemical inventory and operations in line with current standards. “Stuart recognizes that environmental restrictions will continue to shape manufacturing processes around the world,” Todd Borchardt said.

The customer-specific chemical management programs can be designed to include a complete management of interrelated systems, inventory and container management, recycling and waste minimization, sump maintenance and performance monitoring for quality control. Currently, D.A. Stuart manages the chemicals used in the manufacturing processes in more than 20 of the world’s largest companies.

Consolidation of Effort With Big Rewards
D.A. Stuart’s 600 plus employees work at five U.S. facilities and other plants in the U.K., Germany, and Canada. Sales offices are in Malaysia, The Netherlands, Poland and Argentina. Stuart’s international research and development network includes a process simulation laboratory at its world headquarters in Warrenville, a Chicago suburb.

Things will change this year as the firm completes its plan to move all of its U.S. manufacturing operations to Detroit. The modern facility there will provide a 500-percent increase in manufacturing capacity. “D.A. Stuart is committed to the expansion of the Detroit facility,” said Gene Carline, Stuart’s vice president of operations. “Our goals are to improve plant productivity, reduce manufacturing overhead and, most importantly, to maximize the consistency and quality of the industrial lubricants and specialty chemicals which we manufacture.” The 7.5-acre site will have ample room for future expansion and storage volume for two million gallons of specialty lubricants and fluids. On-site rail service can handle the shipment of 600 tank wagons a month. A key element of the Detroit facility expansion is the increased use of automation in the manufacturing process. “Computers will house product formulation information. At the touch of a button, operators will initiate automated systems for raw material measurement and delivery,” Walter Marquez, general manager of the Detroit plant, explained. “Mixing cycles will be pre-programmed and consistently high-quality finished products will be the result,” he said.