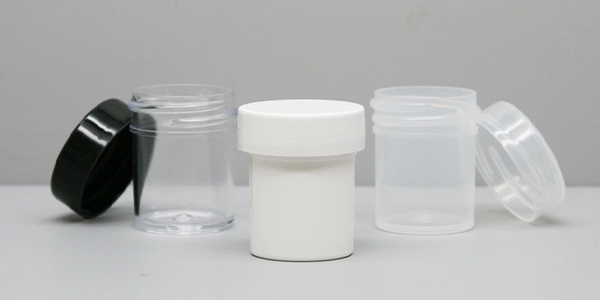 In the 20th century, New Jersey-based Parkway Plastics, Inc., made history in the brand-new plastics industry by developing the world’s first line of plastic jars, an achievement so important that it has been recognized by the Smithsonian Institute.Now, in the 21st century, this plastics pioneer is learning something new: how to be flexible. “We’re using our base, and our experience, to focus on what’s really hot today,” said Edward W. Rowan Jr., the CEO of Parkway Plastics and the son of the company’s founder. “In the past, we focused on selling stock items and finding the needs of multiple customers. But the trend is for everything to be specialized. Everybody has their own idea of what they want, different colors and different shapes.”

That has meant that Parkway Plastics, which has been a fixture in the plastics industry for more than a half-century, needed to shift gears, and so far its efforts have paid off. The firm has expanded its efforts in the area of cosmetics and personal care products, developing plastic containers for well-known names such as Bath and Body Works. Victoria’s Secret and Procter and Gamble.

In the Hall of Fame
“We’ve tried to find small and growing businesses and to keep those people and still service their needs,” Rowan said. “Redken is now a division of L’Oreal, but they had come to us before being acquired by L’Oreal and that brand has exploded over the years, with higher demand.”

The ability to service high-end, specialty customers such as Redken is the latest twist for a company whose history mirrors closely the story of the plastics industry in North America.
Much of the credit belongs to founder Rowan, who died in 1993 and was posthumously inducted into the Plastics Hall of Fame at the national Plastics Museum in Leominster, Mass. In the late 1930s, Edward W. Rowan Sr. was a packaging engineer for the New Jersey-based Edgar Steiner Co., developing standards for the manufacturing of corrugated boxes. One of his customers was Ideal Toy Co., which had acquired one of the first injection molding machines on the East Coast. Rowan quickly saw that the new technology has numerous advantages over the dye-cast method of molding. Indeed, he became so interested in the injection molding of plastic that he became a consulting engineer for Ideal Toys.

When World War II got underway, the senior Rowan contributed his expertise there, developing the first plastic sextant which was ultimately adopted by the U.S. Navy, since the device was not only accurate but rust proof. He also developed a line of plastic fishing lures, and continued to work with some well-known toy companies, including Milton Bradley and Binney and Smith, the makers of Crayola crayons.

In 1951, he started Parkway Plastics, with a focus on custom molding work. The elder Rowan invested in a line of molds, and created a revolutionary line of plastic jars. Samples of those Parkway Plastics jars are now on display at the Smithsonian in Washington.

The original jar
“He went from selling the ideas and the design for the product to a more universal appeal,” the junior Rowan said. “They did everything except for food, because the earlier plastics were not good with oxygen transfer and with moisture.”

The basic building block of the company has been what the firm calls its Original Plastic Wall Jar, which comes in more than 40 different sizes, with capacities from one-quarter-ounce to 40 ounces. Parkway Plastics was also the first company to offer a full line of stock plastic jars, including Cosmetic Thick Wall Jars, Tapered Thick Wall Jars, and Frostique Jars.
Today, Parkway Plastics has over 8,000 customers and a network of more than 400 packaging distributors worldwide. The company, still family owned, employs roughly 50 people at its facility in Piscataway, N.J. Rowan said the firm is in the middle of some major changes in the way it does business.

“What works for a while doesn’t work for everybody,” he explained. “We’ve had to change our initial marketing plan, or business plan.” For years, Rowan said, the company was geared towards mass production and customers who bought products from Parkway Plastics by the truckload.

In today’s marketplace, it must cater to firms that initially want just a box or a box and a half. That’s because the market for those products will grow exponentially if the item is a hit.

Rowan said the company has recently re-evaluated everything from its marketing strategy and its customer base to its pricing, all with an eye toward succeeding in more niche areas such as cosmetics products. That has meant changing over some of the manufacturing equipment. As recently as 15 years ago, Rowan explained, packaging processes often required thicker materials that could not break, but today customers are looking for lighter materials that cost less.

That said, Parkway is already building upon some of its recent gains. “We’ve had some success on the medical side of things,” said Ned Rowan, who is the head of Distributor Relations, New Business Development, and Outside Sales for Parkway Plastics. “Cosmetics tend to be very visible products, whereas when you’re trying to attack the medical market they are less visible, with a lot ending up in the operating room or the hospital stock room.

Finding its niche
Ned Rowan said that Parkway Plastics has been finding a number of niche markets that fit well with its production capabilities, including gourmet herbs and organic foods, as well as liquid tomato sauce, which tends to require somewhat thicker jars.

Some industries are making a move toward product lines that use smaller plastic containers. One such field is the paint industry, where leading firms like Benjamin Moore are offering customers small paint samples instead of the traditional swatches. Another market that offers huge potential for Parkway Plastics, Rowan said, is rapid drug screening.
In switching from mostly mass production to more targeted products, Edward Rowan Jr. said that Parkway Plastics has really stepped up its efforts in the area of customer relations, meeting with individual clients to assess their specific needs and how the packaging company can meet them.

“There’s no one that can tell your story better than yourself,” said the company CEO, citing some of the more aggressive sales and marketing steps underway at Parkway Plastics.
With a history worthy of the Smithsonian Institute, that is quite a story to tell.