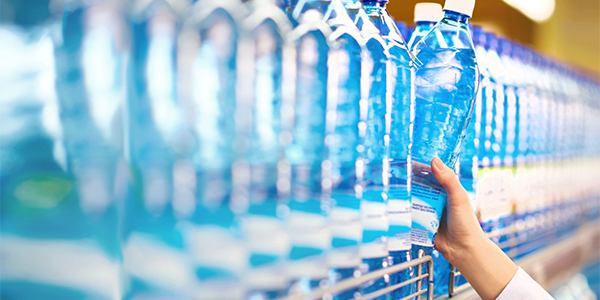 The “Fantastic Plastics Works” exhibit unveiled recently by The Society of the Plastics Industry, Inc. (SPI) at Walt Disney World® Resort’s INNOVENTIONS at Epcot® is a 5,000-square-foot exhibit showcasing the full scope of the plastics industry, from chemistry to design to manufacturing and products, with a healthy nod to human ingenuity and creativity. Among special features of the exhibit are a computerized robot design-and-race game and a free toy, the parts of which are molded on-site.SPI also will soon launch a companion Web site for the project, which can be accessed at www.plasticsworks.com, and it – like the exhibit – will seek to showcase an important U.S. industry and underscore what plastics have done, and can do, to improve and enhance modern life.

Indeed, plastics are broadly integrated into today’s lifestyle and make a major, irreplaceable contribution to virtually all areas of our lives. The plastics industry also plays a significant role in the U.S. economy, employing 1.4 million persons nationwide and creating more than $310 billion in annual shipments. Though dealing with relatively new materials, plastics processing is today our nation’s fourth-largest manufacturing industry.

But maybe that’s all to be expected because, after all, plastics in the United States started out with a bang.

Hyatt on the Ball
The U.S. plastics industry traces its roots to the 1860s, when a New Yorker named John Wesley Hyatt responded to a contest to find a substitute for billiard balls. Then made of ivory, the balls – being natural materials – were inconsistent and required the slaughter of thousands of elephants annually.

Hyatt’s solution – celluloid – worked well on many levels but had a potentially “fatal flaw.” Due to the highly volatile nature of one of its components, the balls could spark or explode on contact, a phenomenon legend tells us started a gunfight or two in the country’s more rambunctious saloons.

The situation was rectified through continued research, and Hyatt subsequently was credited with launching the U.S. plastics industry. You have to wonder what he’d think if he saw it now.

Decades of Discovery
Though there was ongoing activity in polymer science – notably Leo Baekeland’s invention of Bakelite in 1907 – it was the period between 1930-1940 that saw the initial commercial development of many of today’s major plastics, such as polyvinyl chloride, low-density polyethylene and polystyrene. The advent of World War II in 1939 brought plastics into great demand, largely as substitutes for materials in short supply, such as natural rubber. In the United States, especially, the crash program leading to large-scale production of synthetic rubbers resulted in extensive research into the chemistry of polymer formation and, eventually, to the development of even more plastic materials.

The first decade after World War II saw the development of polypropylene and high-density polyethylene and the growth of the new plastics in many applications. As other plastics came on line, the new materials began to compete with the older plastics and even with the more traditional materials, such as wood, paper, metal, glass and leather.

The introduction of alloys and blends of various polymers furthered the process, making it possible to tailor properties to fit certain performance requirements that a single resin could not provide. And the demand for plastics grew steadily and then quickly.

The past six decades, especially, have been times of amazing progress that drove the need for amazing materials.

Tasks that once took hours now take minutes. Life-saving procedures once dreamed of now are commonplace. We can communicate with each other instantly – from almost anywhere to almost anywhere. People of vision have created machines that “think.” We travel the world with ease, and astronauts have walked on the moon.

To a great extent, this astounding progress has been propelled by equally astounding materials: plastics.

A Universe of Uses
When talking about plastics applications, it’s hard to know where to start or when to end.

Packaging is the industry’s largest market, with consumers choosing plastics for their light weight, convenience, shatter resistance and ability to keep food fresher longer, among other attributes. In addition, applications such as tamper-evident closures, leak-proof containers and childproof caps provide peace of mind, as well as secure storage. In hospitals, plastics packaging guards products against contamination and patients against infection. In groceries, it extends shelf life, and in retail stores, it guards against theft. Much of this packaging, especially bottles, can be recycled to create products such as plastic lumber, another plastics market that reportedly is growing.

Another significant market for plastics is transportation, where their durability, light weight and corrosion resistance offer fuel savings, design flexibility and high performance at lower costs to designers facing today’s complex transportation needs. Whether on land or sea or in the air or outer space, plastics play key roles in an increasingly mobile, global and inquisitive society.

Among markets also reportedly showing growth is electronics, as these consumer products continue to get smaller (anything handheld), bigger (wall-size plasma screens) and more ubiquitous (imagine the number of electronics used daily by the average teenager).

In 2003, according to the American Plastics Council, the appliance market also saw moderate growth, perhaps due to low interest rates and active mortgage refinancing that put money for improvements in the pockets of homeowners. And plastics also often are materials of choice when new homes are built.

And the list continues. Modern healthcare remains an important use of plastics, from the new open MRIs to wheelchairs that can “walk” to artificial organs to the disposable labware in today’s cutting-edge research labs.

On the lighter side, most modern sports also depend on plastics, and many athletes and weekend warriors use a variety of plastic protective gear.

Fantastic Plastics
Admittedly, the story of the plastics industry is a hard one to tell, whether here or at the SPI “Fantastic Plastics Works” showcase. That’s because it’s a story of the chemistry of the materials, the serendipity of many of its inventions, the seemingly unlimited design possibilities and the importance of U.S. manufacturing.

SPI’s hope is that, while touring the showcase, young people will, however, get the plot of the story and be inspired to add new chapters to it, to come up with the next generation of plastics, improvements to existing ones and new uses for all.

There is no doubt that the potential is there and that plastics will continue to drive invention and innovation, with nanotechnology serving as just one road to the future.

The industry itself, like all U.S. manufacturing, recently has been faced with an economic downturn and increasing global competitiveness. Starting to come back up the curve a bit, the industry now requires help from the nation’s lawmakers and decision makers to provide solutions to ongoing challenges. These include the need for stable, affordable supplies of natural gas, which much of the U.S. plastics industry uses for both feedstock and power. Curbs to rising healthcare costs will be another pursuit of the plastics industry and, no doubt, many U.S. business sectors. A level playing field in the global arena also is needed if U.S. plastics are to compete in the world marketplace and add to the nation’s trade balance.

Founded in 1937 and based in Washington, DC, The Society of the Plastics Industry, Inc. (SPI) is the trade association representing one of the largest manufacturing industries in the United States. SPI’s members represent the entire plastics industry supply chain, including processors, machinery and equipment manufacturers and raw material suppliers. Visit: www.socplas.org.