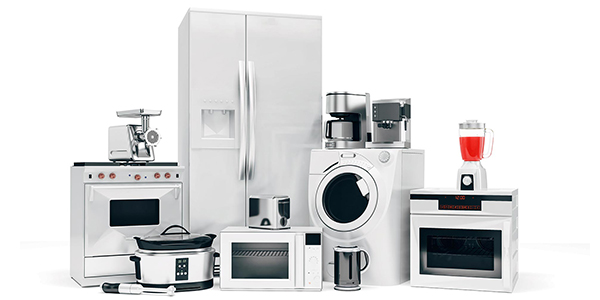 When a successful overseas manufacturer eyes American shores on which to establish a manufacturing facility, the world takes notice – especially in these days of economic uncertainty and when American companies themselves are moving their own manufacturing operations to offshore locations. But we are not talking about just any company getting started on American soil. We are talking about a merged company (Robert Bosch Company and Siemens Corporation), representing two manufacturing world leaders with engineering, innovative product development, and superior manufacturing processes equaling more than 200 years of combined experience. The company is BSH Home Appliances Corporation (Bosch) of Huntington Beach, Calif., a company with a mission.
One of the world’s largest manufacturers of state-of-the-art stainless steel dishwashers, Bosch chose New Bern, N.C., as the place to produce dishwashers for the North American market. Bosch is committed to strengthening its brand recognition, as well as its market share, in the North American market. Currently, it is “the world heavyweight in this market, and we would like people to know that although we are small in the American market today, we plan to be a much bigger player in a very short period of time,” says David Carr, senior product manager.

Currently, the company has 4 percent of the American dishwasher market, but is perfectly poised to increase that dramatically over the next few years. “We plan to grow five-fold over the next five years through diversifying our distribution channels, which will allow our products to be available to a wider range of consumers,” says Erika Young, marketing relations manager.

Engineering Elite
Bosch chose what it deems the best path to success: American workers and German engineering design and craftsmanship. “One of the key issues making BSH one of the largest dishwasher manufacturers in the world is its commitment to the German ideal of craftsmanship as well as state-of-the-art engineering,” Carr says.

Bosch has been marketing and selling its dishwashers for home use in the U.S. market since 1991, when it first began importing dishwashers from its German factory for sale in the US. With dramatic growth in this market almost immediately, Bosch decided to make a long-term commitment to its U.S. market by establishing an American facility in 1997 in New Bern, N.C. “The U.S. is the largest appliance market in the world and we found that the American market is ready for our products,” Carr says.

Bosch chose to build its dishwashers exclusively from stainless steel, and has been doing so since 1970. “This is the best material with which to communicate to consumers that Bosch is synonymous with superior quality and durable, long-lasting products,” says Carr. “Over the years, manufacturers have used porcelain and today many machines are made of plastic interiors. Stainless steel has always been a core component of our machines and it allows users to use hotter wash and rinse temperatures, which result in a more superior performance.” Stainless steel does not pick up any of those offensive odors or stains, and they still come equipped with lifetime warranties.

Bosch dishwashers – well-known in the industry as being the quietest-operating units available – are manufactured with an eye toward preserving the environment. Manufactured to use less energy, water, and detergent, these machines also can be recycled at the end of their lifetime.

Continuous Improvement
Bosch rolled out an entire new line of products as of January 2003. “It’s not just an introduction of a new product – the range of new products represents a top-to-bottom change and incorporates unique features never before seen in this market,” Carr says. The new dishwasher line will range from its entry-level unit at $529, to its higher-end units of about $1500 offering advanced sensor technology.

“These units will actually sense how dirty your dishes are and based on that evaluation, the sensor technology will make changes to the washing cycle and might choose to eliminate unnecessary water steps,” explains Carr. So, instead of using eight gallons of water, the sensor might determine the dish load needs only five gallons. And, instead of using 160-degree water, it may decide to use only 140-degree water, which saves consumers energy and water consumption, as well as
saving money.

The new Bosch dishwashers, redesigned for more efficient loading patterns, come equipped with new rack layouts and offer full text readouts, telling consumers exactly what’s happening inside their machines. “Every model we produce will have fully electronic controls and will be Energy Star certified,” says Carr. Many utility companies offer consumers rebates on their energy bills if they use Energy Star certified products.

Energy Star is a voluntary partnership among the U.S. Department of Energy, the U.S. Environmental Protection Agency, product manufacturers, local utilities and retailers. The program promotes energy efficiency and conservation education and it requires that Energy Star products must exceed the minimum federal standards for energy efficiency by at least 13 percent. Bosch exceeds the standards by at least 22 percent and up to 33 percent.

Continuous Growth
For a company with a U.S. presence of under five years, Bosch is remarkably poised for extensive significant growth – not only in its dishwasher market segment, but also in its cooking products and laundry products segments. “We are constructing a large facility on our New Bern campus that will produce cooking products such as ranges, cooktops, and ventilation accessories. Another separate building will produce laundry products for the American market,” Carr says.

“By Bosch choosing to open a multi-million-dollar factory here in New Bern, it demonstrates the company’s confidence in the quality of its products it can offer to the American market,” Young says. Bosch is literally creating an economic base in a town of 20,000, where the company will employ over 2,000 Americans at a time when many of its competitors are moving their manufacturing operations overseas.

Bosch sells its products through a network of nine distributors, who, in turn, sell to dealers. “Our distributors service primarily independent appliance dealers and kitchen and bath specialty shops,” Carr says. The company sells direct to Sears, which carries a selected number of Bosch dishwashers.

Bosch’s future looks very bright. “We have already been successful in establishing ourselves as a leader in terms of producing a superior dishwasher product that is made of stainless steel, is quiet, and is extremely efficient,” says Carr.

“The next level for us is to make our products more available to a wider audience. Today’s discriminating dishwasher consumer knows that Bosch is synonymous with extraordinary quality. Our job will be to communicate that to a broader range of consumers in America,” concludes Carr.