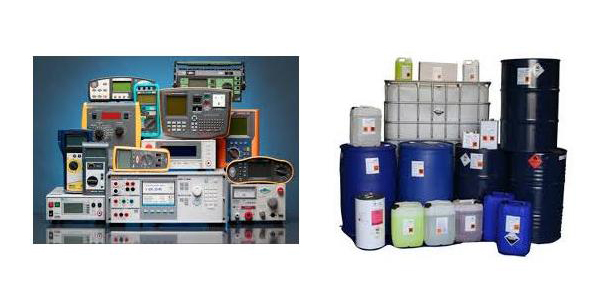 A “unique position” describes the place occupied by three subsidiaries of Houston-based Powell Industries, Inc. The corporation is best described as occupying the middle ground and operating in a fairly narrow niche within the electric power equipment marketplace.

William Powell founded Powell Industries in Kerrville, Texas, in 1947. Starting out by supplying junction boxes, pull boxes, metal shelving, manhole covers, hammock frames and personal items, Powell (described by his son and current company chairman of the board, Tom Powell, as “a shirt-sleeve owner”) adopted the credo, “There’s nothing we can’t do” — a promise that his company lives up to even today, 53 years after Powell first opened for business.

Over the next few years, the company jettisoned all of its non-electrical products and concentrated on power equipment categories. Since then, Powell has grown through a combination of new products, first-rate service and acquisition.Founded in 1974, Unibus was purchased by Powell in 1984 along with Delta-Unibus Corp. That proved to be a roundup year for the parent company as it also acquired Diversified Power Systems, Inc., Raintight Corporation and US Turbine within the same time frame. These purchases increased Powell’s core line of power related products and broadened its customer base.

Unibus produces custom-designed bus duct systems targeted for electric utility companies, the petrochemical industry and a wide variety of heavy industrial customers where medium voltage power is used and distributed.Powell-ESCO was formed when Powell Industries acquired the assets of ESCO Company of Greenville, Texas, in 1991. ESCO started in 1946 as a small service shop, but had grown into a designer and manufacturer of a range of products for the electric utilities industry, including gas-filled and oil-filled switches, vacuum switches and liquid-filled, specialty medium-voltage transformers. Within Powell, the division is still referred to simply as ESCO.

PPECO was formed in 1997 when the parent bought L & I Research, Inc., of Watsonville, Calif., a research and development firm specializing in power electronics. PPECO focuses its product efforts on switch-gear equipment, power and substation systems, and rectifiers. Nineteen ninety-seven also marked Powell’s 50th anniversary, which the company celebrated with an overall expansion. This also involved the purchase of the Electrical Systems Group of ASC Industries, Inc., which led to the formation of the PEMCO North Canton division; and a $14 million expansion of the PEMCO, Unibus and Delta-Unibus subsidiaries.

Pride Beyond the Products

When he talks about Unibus, the pride is evident in the voice of Sales and Marketing Director Dan Wilks. He describes the Unibus product line as “the Cadillac of the bus duct industry. We offer reliable, tested designs built with exacting, special features to meet each customer’s application. We ensure that the equipment is designed and manufactured to meet the requirements of the specific installation. The result is the ability of our team to provide custom-designed equipment for the end user in a timely manner.”

The pride at Unibus goes beyond the manufactured products and in-the-field services it provides. Wilks says, “We have a core group of individuals who have a long history of service with the company. Some have been with us since the origins of Unibus, and others 20 years or more. They are very proud of our company and the service we provide. They carry the banner, and they act as ambassadors for Unibus and for Powell Industries in the marketplace.”

This pride has helped Unibus to thrive in what Wilks terms “a mature product category.” Although bus duct can be considered somewhat of a mature product, “we have made improvements to both product performance and the manufacturing process. These improvements focus on aspects of the product, aiding manufacturing efficiencies and product field performance. We have also set a benchmark in the industry regarding our premium insulation process for conductors by offering an electrostatic epoxy coating which is extremely reliable.”

Customizing work figures into the success at ESCO, says Division President Tom Keiser. “We try to provide our customers with options, and we often customize designs for customers,” Keiser says. As an example, he adds, “We’ve been working with engineering standards departments at utilities, developing products for their specific needs. We’ve worked closely with a utility in Florida on two or three design programs, a utility in South Texas and with a contractor for NASA.

“ESCO’s product lines complement the businesses Powell already has,” says Keiser. “The transformers can be part of a package that includes products from other divisions. We also provide transformers to pump companies, for use in down-hole extractor applications. We are one of the last companies to build either oil or gas switches. The switch products are generally stand-alone. We’re one of four or five competitors in this business.”

PPECO represents the future technology wing of the company. It specializes in developing applications using evolving power semiconductor technologies. PPECO, through its Traction Power Systems subsidiary, is a major player in the light rail transit industry, where solid-state rectifiers are an important element in the power delivery systems.

For Unibus, the future will bring improvements to basic products and manufacturing processes. Wilks states, “In the shop, we are currently implementing CNC automatic welders, automating secondary processes and utilizing computer-operated punch presses. Further automation of our manufacturing facility is on the horizon. We’re also in the process of standardizing our design of custom products.”

At ESCO, says Keiser, “The future in the switch business is bright. There are a number of products we can produce that ESCO hasn’t provided in the past, offering new ranges of performance. There are untold opportunities in switch control, which is an area that the utilities are now beginning to embrace.”

The future for PPECO is almost unlimited, as the uses for power semiconductors continue to expand. The possibilities include solid-state power switches and circuit breakers that can distribute and control electrical energy with almost unbelievable efficiency, speed and safety.

For the parent company, Powell’s outlook is rooted in its culture of caring about its people. As Chairman Tom Powell wrote in the company’s 50th-year history, “We employ hard-working people that have pride in accomplishment. People who believe in what they are doing. This has been the reason we have successfully risen to all the challenges we have faced.

“As long as we care about our employees and their families, as long as we give them the chance to grow and be continuously challenged with new products and innovations, and as long as we make every effort to please customers and do business ethically and professionally, our company will continue to progress.”