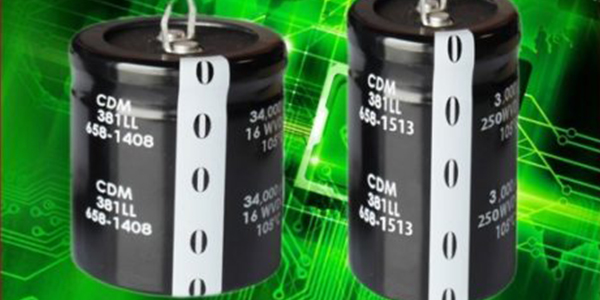 Most of us expect the appliances we use to activate immediately after plugging in. We don’t worry about, or even think about, what’s really going on between the power being supplied at the outlet source and the conversion that’s going on when alternating-current power is transformed to direct-current power to operate an electrical tool or appliance. Cornell Dubilier of Liberty, S.C., does think about these things every day because its capacitors help with the transformation.

“We are niche people,” says Jim Kaplan, Cornell Dubilier’s president. “The electronics markets are huge, so we go after niches that the larger companies don’t have the capacity to service. A $100,000 account, for example, will require special needs like a little customization to their components. These are the companies we like to serve.”

“We like to think of ourselves as a specialty-capacitor company that goes out of its way to deliver better answers to capacitor design problems,” says Laird Macomber, director of market development. The $75 million (2000 sales) company employs 800 people and operates three facilities, each averaging about 100,000 square feet of space.

Expert Power
Cornell Dubilier is powered by some of the top minds in the industry. “We have more engineers here in our South Carolina facility than all four of our competitors combined,” says Kaplan. With this level of engineering expertise, the company delivers some spectacularly fast service. “When we receive a custom order, we can design it, spec it and ship in within a week, if that’s what our customer requires. That’s pretty remarkable in the industry,” Kaplan continues. “We have customers who have been let down by their suppliers. We help them get the products they need within a week.”

“In the case of electrolytic capacitors, you have one conductive plate, but the insulator is grown on that plate, and the other plate – instead of being another metal plate – is a liquid electrolyte or a solid polymer electrolyte that was a liquid at one time,” explains Macomber. “So you’ve eliminated one of the plates and replaced it with a conductive fluid.”

The anode foil, the positive plate, is high-purity aluminum foil etched with billions of microscopic tunnels to increase the surface area up to 100 times. The foil is anodized to coat the tunnels and surface with aluminum oxide as the insulator. “If you can get the liquid electrolyte to penetrate down into those tunnels, you’ve also increased the capacitance up to 100 times. That’s a big advantage because more capacitance is better,” explains Macomber.

The company’s film capacitors are used in some of the same power-conversion applications that use aluminum electrolytic capacitors. “But film capacitors work a lot better at higher frequencies,” says Macomber, noting that switching power supplies are a typical application. “The cost of a power-conversion system is determined partly by how much material you have to put into it. Because the power-conversion frequency coming out of a wall socket is 60 hertz, or 60 times per second, in order to run signals through transformers at that low frequency, you would need a lot of iron and a big transformer to filter the signal. Using a low frequency inherently means you need a lot of capacitance and a lot of iron in the transformer. This is where the idea of switching power supplies comes in.”

About 90 percent of all power-conversion systems use switching technology because it’s smaller and less expensive. Constant DC buses apply the voltage to a switching circuit that converts the energy to a very high-frequency AC. “The high frequency allows the AC to go through a very small transformer without much iron, and you have an overall savings in size, weight and cost,” says Macomber.

Cornell Dubilier manufactures film-chip surface-mount capacitors and solid-polymer-aluminum surface-mount capacitors – one of the company’s faster-growing segments. The company actively offers about eight capacitor dielectric systems for the variety of niche markets it serves. Among the major industries using Cornell Dubilier’s capacitors are data and telecommunications companies, and manufacturers of industrial systems such as motor drives and uninterruptible power systems.

Empowered Employees
A good barometer of a successful company is the amount of intellectual freedom it allows employees. “The hallmark of our management style is personal freedom and trust,” says Macomber. “I hire the best people and let them make the decisions they need to make, and I support them in that,” says Kaplan.

With its impressive assemblage of dedicated engineers, customers know they can depend on Cornell Dubilier to offer exceptional service and reliability. “We are unequivocally the best in customer service and the best in tech support,” says Kaplan. “Our customers know that if there’s ever a problem with their expensive systems, they can depend on us to be out there right away to help them.”

Cornell Dubilier will continue to maintain its position as power leader for components. “We plan to grow by offering as broad an array of products as we can offer,” says Kaplan. “Companies are always looking to reduce their vendor base, so we are not looking to grow bigger market shares. Instead, we will offer our current customers more.”