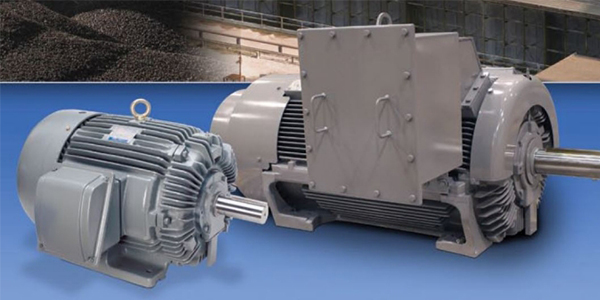 Despite strong opposition from backers of the direct-current (DC) system, led by Thomas Edison, Westinghouse pioneered the acceptance of the AC system, which is an easier method of transmitting electricity over long distances. Following this auspicious beginning, Westinghouse Electric Company grew and prospered, along with Westinghouse’s other companies. By the turn of the century, his enterprises were worth about $120 million and employed approximately 50,000 workers.

A century after its founding, the Westinghouse Electric Company initiated a joint venture with TECO Electronics & Machinery Company, Ltd., a multinational conglomerate based in Taiwan with motor expertise dating back to the company’s beginnings in 1956. The resultant company, Westinghouse Motor Company, purchased standard motor components (less than 3,000 horsepower) from TECO — which produced them at a lower cost — while Westinghouse concentrated on engineering, marketing and sales, as well as the complete production of higher-end motors (3,000 horsepower and more).

The joint venture represents the best of both worlds, concludes Paul Chiueh, vice president of marketing. “We utilize the strength of the USA where we have our own engineering and design team,” Chiueh says. “We are also able to capitalize on Asian capabilities for low-cost assembly and still maintain the excellent quality required by Westinghouse.”

In 1995, TECO acquired all of the Westinghouse Electric shares in the joint venture, and made a significant investment in the 500,000 square-foot Round Rock, Texas, facility to better support the local market. According to Chiueh, a four-year period of growth followed in which sales figures doubled. In 1997, the company name was changed to TECO-Westinghouse Motor Company (TWMC) to help promote the TECO name in the North American market. At the same time, the company created its Service Division, which performs service on TWMC motors as well as other manufacturers’ motors and related products.

In 1998, TWMC acquired TECO American, which sold motors from 1/4 horsepower to 300 horsepower, known as NEMA or T-frame motors, and all TECO motor operations in the United States were consolidated into TWMC. Now the company had responsibility for sales, marketing, distribution and manufacturing for TECO and Westinghouse products in the United States, from fractional-horsepower to 30,000-horsepower motors and more. In 1999, TWMC formed a Controls Division in Round Rock to distribute variable-frequency-drive products and motor soft-start control products under the TECO-Westinghouse Motor Company name.

Power Range
Today, the privately owned TWMC, still headquartered in Round Rock, can supply customers with a full line of induction, synchronous and DC motors and generators in both horizontal and vertical configurations, ranging in power from 1/4 horsepower to 100,000 horsepower. “We offer one of the widest ranges of motors in the U.S.,” says Chiueh. “We compete with everybody.”

Depending on who is analyzing the large motor marketplace (500 horsepower and more), TWMC is No. 1 or No. 2 in market share. “We are proud of our market share in larger motors,” he says. “In the low-voltage motors, we see we have room to grow.”

TWMC’s customers are concentrated in three areas: OEMs, distributors and end users. “OEMs call on the company when they need motors for their pumps or compressors, for example,” says Chiueh. “Steel mills and paper mills are also large OEM customers. Distributors usually request smaller-size motors from the company. End-user customers include most of the big-name energy companies, utilities, power companies and chemical companies.”

Single-source Convenience
An uncompromising commitment to quality manufacturing and customer service made by the company’s employees keeps TWMC in a leadership position. The ISO 9001-certified Round Rock facility gives customers a single source for all their motor needs, including engineering, drafting, sales and marketing, field service, customer service, testing and final shipment of many types of large, custom-designed and specialty motors.

Using the most sophisticated computer design programs available, the significantly sized engineering staff provides solutions to customers’ toughest motor applications. The motors are then manufactured on site, in total compliance with the customer’s precise design and manufacturing specifications. Complete testing is performed at TWMC’s facility, which is one of the largest motor testing locations in North America.

The Service Division offers a total repair package for large motors from any manufacturer, either at the customer’s site or at the Round Rock facility. The experienced service team supplies thorough inspection, analysis and repair of the equipment.

Before the motor is shipped back to the customer, it undergoes thorough testing. And, to help customers maintain their plants at optimum efficiency, TWMC also maintains a full line of spare parts. In addition, TWMC has a comprehensive archive containing the original drawings used to design Westinghouse motors. It also has the original parts and makes these available to the industry.

Surging into the Future
TWMC stays ahead of the competition by anticipating and meeting the world’s changing motor needs. The power industry is one area that promises growth. Says Chiueh, “New EPA regulations require utilities to reduce pollution emissions. The EPA is asking power companies to run their emissions through more layers of filters than in the past. In order to do this, power companies need motors with high horsepower. That’s where TECO-Westinghouse comes in.”

Over the next few years, TWMC expects to acquire more business from petrochemical companies.“ Many companies in this industry use turbines to run their compressors,” Chiueh says. “However, we see more of a change to electric motors which are easier to maintain.”

Nuclear power plants present another opportunity for growth. Of the 103 existing U.S. plants, about 70 use motors designed by Westinghouse, according to Chiueh. “The result is that many of these nuclear plants will call on TECO-Westinghouse for services and products. TECO-Westinghouse is one of the few companies in the U.S. certified to build motors for nuclear power installations.”

The marine industry is another source of business for TWMC. “The U.S. Coast Guard is currently testing ships powered by TWMC motors,” says Chiueh. “Northern European countries are also ordering custom-made DC motors that run quietly from TWMC. These ships are used for fish research purposes, where having quieter motors is a distinct advantage.”

TWMC already has a strong overseas presence with offices in Australia, Singapore, Thailand, the United Kingdom and Germany. However, Chiueh predicts more growth abroad, with the South American and Chinese steel industries planning to construct production facilities in the near future. “TWMC has a wide range of DC motors to fit their needs,” says Chiueh.

As TWMC moves into the 21st century, it builds on a rich tradition of achievements that began more than 100 years ago with George Westinghouse. The company continues its founder’s relentless pursuit of engineering excellence, technological innovation and product reliability.