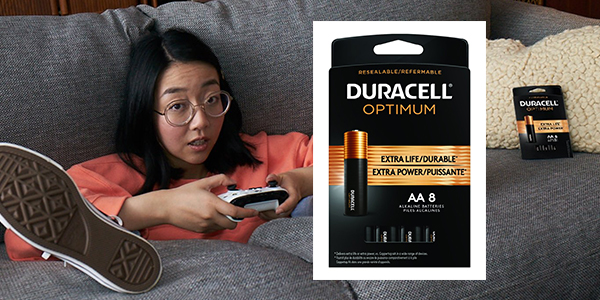 The company has established a leading position supplying to original-equipment manufacturers, especially in the bar-code scanning, data-gathering and GPS markets. It enjoys a number of strategic and competitive advantages, including:
• A complete battery product line, permitting a systems approach to marketing
• ISO 9001 certification at its U.S. operation and ISO 9002 certification at its U.K. operation
• Investor-in-People (IIP) accreditation of the UK site, demonstrating the company’s commitment to the training and development of its work force
• More than 30 patents, and design and engineering capabilities backed by experienced and highly trained engineers
• Global distribution, with very strong markets in the United States and Europe
• More than 30 years in business.

Developing Markets
As the dependence on portable electronic products grows, users will demand extended use time, creating the need for higher-quality battery and charging systems. Alexander is meeting this challenge with strong design and engineering capabilities, which enable it to work with manufacturers at an early stage in product development. These capabilities include rapid prototyping, small- to medium-volume manufacturing at both of its plants and large-volume manufacturing sourced internationally.

One of Alexander’s fastest-growing OEM product areas is batteries and chargers for portable bar-code scanners or readers. These devices are widely used in large retail stores, manufacturing plants, hospitals and many other applications. This business is expected to continue rapid growth for the foreseeable future. Other growth markets the company is pursuing include data-entry devices, medical devices and portable printers.

The company also manufactures and distributes replacement battery packs for two-way radio and wireless communications, medical and cellular products. Two-way radios are Alexander Technologies’ core business and continue to be a strong, growing market. The company also makes approximately 150 Food and Drug Administration-approved products used for a broad range of medical applications from infusion pumps to defibrillators. It also markets battery products for the worldwide cellular-phone market – which has exploded in recent years due to the growth in developing nations, where cellular phones involve lower infrastructure costs to establish voice and data links.

Power Manufacturing
Alexander’s Mason City facilities include a tool-and-die shop, an injection-molding operation for plastics, a metal-stamping operation for components, its Flexboard operation and the mercuric oxide plant. This facility has the capacity to produce 12,000 battery packs a day, has state-of-the-art pollution control equipment and meets and/or exceeds all federal and local requirements.

Although smaller in size, the Peterlee, United Kingdom facility incorporates production, product development and technical support, warehousing, sales and marketing, as well as full administrative backup. It assembles a full range of battery-pack products predominantly for European markets, but its recent introduction of an aggressively proactive sales-and-marketing strategy has seen further development of markets outside Europe. The Mason City plants have been certified for ISO 9001, and the Peterlee facility has received ISO 9002 certification. In addition to these, Alexander has qualified manufacturing sources in China, Mexico and Malaysia.

Alexander’s key patents and trademarks include the recently launched ATI 2000, the new rapid battery-charging system that accommodates five chemistries and can be used as a single-bay, stand-alone charger or up to a four-bay charger. The ATI 2000’s four-bay base serves as a power docking station, has agency approval and offers substantial cost savings over its competition. With the ATI 2000, only one device is needed to charge different battery types simultaneously. It accommodates nickel-cadmium, nickel-metal hydride, lithium-ion, lithium-polymer and sealed lead acid battery chemistries.

The company’s patented Flexboard circuit-board technology reduces the labor required to build battery packs by up to 70 percent, significantly increasing the quality and safety of the pack. Flexboard (flexible circuit board) technology provides a competitive advantage in the development of larger battery packs. Its primary advantage is that the board can be spot-welded onto a battery pack, and electronic components can be welded directly onto the board instead of the time-consuming job of soldering on the components. The pre-assembled Flexboard can then be riveted directly to the battery’s plastic casing. Using a Flexboard removes the internal metal straps and wires, virtually eliminating quality problems from short-circuited metal contacts, crushed wires, rattling from loose components and bad solder joints.

Alexander also developed three-phase automated welding technology, which enables batteries to be mass-produced more efficiently. Three-phase welding produces three weld nuggets per cycle, while the competition can produce only two weld nuggets. The three weld nuggets provide a more efficient and durable weld than two. Also, no heat is created on the weld, unlike traditional welding methods, which can damage the battery cell. Because of this, the three-phase system reduces welding time by at least 50 percent per battery, compared with other forms of welding.

Modest Beginning
Founded in 1967 by Richard Alexandres, the company began by making alkaline battery packs used in the first portable two-way radios made by Motorola. Less than a decade later, Alexander Technologies introduced the first chargers capable of handling a variety of battery styles and chemistries simultaneously. In 1978, the company introduced its medical battery line. The company received its ISO certifications in the 1990s.

New business continues to emerge through dealers, distributors, direct sales and, most recently, through an active Web-based sales program. Using a “shopping cart” system similar to other shopping sites, the Alexander site provides product specifications and ordering capabilities in an easy-to-use format. Whether the order is for one or for 100 pieces, the Web site lives up to the technological context of its company. Continuing innovation should undoubtedly allow Alexander Technologies to hold its position as a leader in the battery and battery-charger marketplaces in the new century, across the nation and around the world.