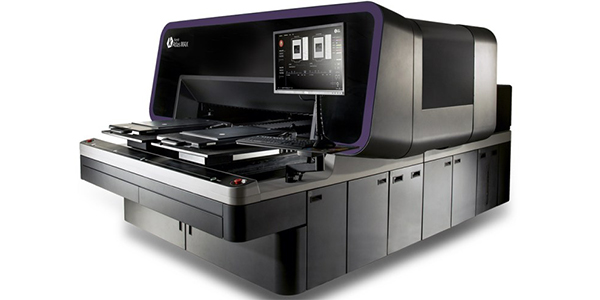 The past two years have presented unprecedented challenges for the Commercial Print Industry, notes William P. Post, President and Chief Operating Officer for Wilcox Press, Inc., a family-owned business founded in 1901. “A number of printers have zero profit margins, and in some cases are dropping to negative margins just to cover their overhead. You will not remain viable or sustain long-term growth if your foundation is based on having the lowest prices. We don’t want to be known as the lowest price vendor. We want to have the reputation for assisting our customers in reducing their costs, meeting their goals and growing their business.”Of course, a lot of companies talk about offering added-value services. However the Ithaca, N.Y.-based printer puts its money where its mouth is simply because it feels its future depends upon it. Even in the midst of a lack luster economy, Wilcox Press continues to challenge the status quo and has invested in new equipment, recently installing a Heidelberg M130 8-unit web press and a Screen Plate Rite 8600 platesetter as well as expanding from 226 employees to 280 over the past year when you find many printers doing the exact opposite.

“Our approach is one that does not focus on price. Instead, we believe revenue-generating opportunities are the real value of print,” Post explains. “The kind of value that comes from a feeling of confidence, from knowing that when you place your project in our hands you have formed a partnership, not with a printer that just prints, but a printer who cares.”

We Do House Calls
As part of what Post terms the company’s “re-tooling,” Wilcox Press recently launched its eServices(tm) Department offering electronic customer support that enables customers to use the latest digital technologies to create, transmit, proof and approve jobs more quickly and more economically than traditional methods. While eServices(tm) ultimately makes the process easier for both printer and customer, there is potential for an initial steep learning curve on the customers’ part.

“That’s why we do house calls,” Post explains. “We send our technicians out to the customers’ sites to assist in formatting their files to our specifications, train their people and provide support – and all of this, at our cost. Let’s just say it’s an investment in the future, ours and theirs.” Post adds that continual digital improvement and advancement is now the industry standard. “Two years ago maybe 40 percent of our customers were digital, today it’s 100 percent.”

New Challenges
Post says “We are listening to our customers with a different ear today, understanding what it takes to grow their business. Customers are asking us to provide end-to-end solutions rather than offering just the so-called “commodity” of print. We cannot make the serious mistake of concentrating solely on what new business our sales team brings in and take for granted our existing customer base. We need to focus our efforts on those customers who contribute the most to the bottom-line. The manner in which our team resolves problems and provides solutions for our customers is what can differentiate us from the competition, it will drive loyalty and contributes to a sustainable profitable pricing structure.”

Post continues, “Despite doomsday predictions relative to the success of the Internet, print is not going away. Instead, I see it as an enhancement and we have to learn to adapt. What is changing is our customers’ needs to be more selective in targeting their audience, where the printed piece goes and with what frequency.” He cites as an example the typical approach of shipping a retail catalog of 64-98 pages every month, which basically doesn’t change except for a cover, and some select items. “After seeing the same thing again and again, people just toss the catalog in the garbage,” Post says. “What’s more effective is a shorter run, eight to 16-page select mailing which focuses on a specific items, say luggage for example, and then identifying people who are expressly interested in luggage.”

New Opportunities
Post says that while the company’s fiscal year typically has its revenue peaks and valleys, a new opportunity may help smooth the transitions. “The Government Printing Office and the Office of Management and Budget have jointly announced an agreement to allow executive branch agencies to buy their printing directly from print suppliers such as Wilcox Press. More government work helps maintain operating efficiencies. Since most of these projects are projected six months out, it’s a great way for us to project a revenue stream even with thin profit margins.” As a recent example, Wilcox Press just produced a government document that contributed over $900,000 of revenue during a traditionally slow month. The book was comprised of more than 1,600 bound pages and weighed nearly five pounds. It was a considerable production effort that helped to boost revenues during a slow month.
Wilcox Press derives about 35 percent of its business from printing catalogs, 45 percent from publications, and the remaining 20 percent comes from calendars and similar products. The latter has grown tremendously over the last five years.

“Calendars have gone from representing 3 percent of our business to 20 percent,” Post says. “A primary factor for that increase goes back to the notion of how we offer value-added services. We not only print, stitch, and trim the calendars, we also punch, shrink-wrap, sticker and provide fulfillment for the project, all under one roof.”

Post has great respect for the major players in his industry. “They are visionaries,” he says, and include, among others, R.R. Donnelly, Quebecor World and Quad/Graphics. However he is quick to confirm Wilcox Press is a formidable company that offers the same high level of quality, citing the company’s recent receipt of another “Gold” in the Printing Impressions-PrintMedia Gold Ink Award competition in the category of Consumer Magazines Web, over entries from the larger print companies. Predominantly serving the Northeastern, North and Southwestern markets, he believes the company may actually have an edge when it comes to personal service and responsiveness.

Moreover, Wilcox Press can boast remaining profitable even during tight economic times. For the last five years, the company has generated $28 million to $34 million in annual revenues. Post projects continued growth for 2003. “The results we’re achieving are very encouraging in this economy.”

Post attributes the success to establishing lasting relationships with customers. “We listen and consult with customers regarding their print communication issues,” he notes. “Our integrated solutions reduce total print costs, offer greater return on their projects and provide flexibility where they need it most. We’re steering away from the traditional focus on price. By challenging assumptions, we remain a formidable company, an attribute our customers continue to enjoy.”