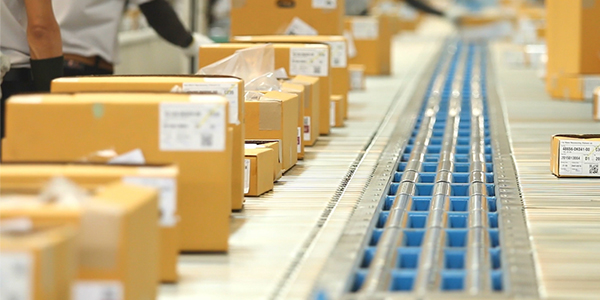 The first thing you notice about CooperCaixa is its unusual business structure. Not a limited partnership, corporation or privately held company, Cooper- Caixa is a business co-op formed by a group of ex-employees of the bankrupt Embalagens Paulistana, a one time leader in the industry. And while Brazil has over six million individuals participating in almost 7,500 business co-ops, CooperCaixa is the first to successfully use this organizational structure in the industrial sector.

Most co-ops are formed by groups of artisans or small independent businesses that join together in a common location. But CooperCaixa applies this model to a single production facility, and divides its ownership among more than 300 members, who are also workers at the plant, from the line workers to the executive staff.

“The difficulty in applying the co-op system to a production facility is in how to distribute monthly income based on individual work results,” says Director and founding member Sergio Madjarof.

But Madjarof, an engineer and former executive director with the defunct Embalagens Paulistana, developed a formula to solve the problem.

The company is all about inventing creative ways to solve insurmountable problems. Consider its marketing strategy. Rather than compete with more than 60 major players in Brazil’s industrial packaging business, the company found a niche for itself supplying third-party production services to would-be competition. As a result, CooperCaixa does not service end users (technically, it doesn’t compete in the packaging market in Brazil). Rather, it markets its specialized services and innovative products to a few of the packaging companies in the business who then resell these products and services to their customers. CooperCaixa extends the reach of other businesses without having to purchase expensive equipment.

With its unique business structure and market proposition, the company has boxed-up an incredible growth rate over its mere six-years in business. Having started with fewer than 30 employee-members and a bunch of dilapidated machines, today CooperCaixa is operating at 80 percent capacity and producing more than 5,000 tons of corrugated cardboard packaging per month. That represents nearly $80 million in turnover. The company services 10 regular accounts, making cardboard sheets and corrugated cardboard packages that are resold to companies in the agriculture, food and beverage, cosmetics, and other industries.

THE MOTHER OF INVENTION
CooperCaixa was born out of necessity and invention. When Brazilian packaging leader Embalagens Paulistana suffered a sudden bankruptcy in 1999, a group of former employees looked for ways to salvage their jobs. They formed a cooperative, an association of members, and attempted to lease back the defunct facilities of their former employer from the Brazilian bankruptcy courts.

But the 28 former employees weren’t prepared for what they were about to encounter. “The facilities were totally devastated by vandals and bums,” remembers Madjarof. “Part of the group took on the responsibility of site security, taking turns watching over the place as best we could.” Finally, in 2001, their lease option was granted and a new company was born.

“When the co-op took over the place, the facilities were in a very precarious state for normal operations to take place. Production began slowly and was increased little by little, since only about half of the equipment was in working condition.” Because of the condition of the machinery, a great deal of manual labor was required to keep things going.
Brazil’s industrial packaging industry is highly competitive with over 60 major players spread over the key industrial areas of the country. Over half of them are located in the city of Sao Paulo, the world’s third largest city by population and Brazil’s capital of commerce, representing almost 30 percent of the country’s GNP. Sao Paulo grew out of Brazil’s coffee boom in the late 1800s and early 1900s. The shipping and transportation infrastructure built around the coffee trade turned the city into South America’s busiest port and largest economic center. While Brazil still produces almost 25 percent of the world’s coffee, Sao Paulo is home to a diverse collection of industries.

In the midst of all this commerce is a small co-op with some serious handicaps and a lot of competition. How was this struggling cooperative going to compete? The answer is…it decided not to. Instead, it turned its competition into customers and sold its services as “work for hire” for over-runs and specialized jobs, a model adapted from American sheet feeders and companies like Corrugated Supply in Chicago, Ill.

The company’s first client proved to be one of its most important business relationships. The client had developed a method of using corrugated cardboard as an alternative to Expanded PolyStyrene (EPS) for packing large, heavy objects and machinery. It asked CooperCaixa to help prepare and perfect the process. Today, its EPS alternative is one of the company’s most important products and they have become a leader in cardboard packaging alternatives.

Whereas EPS is a petroleum product, the company’s alternative, which uses an aggregation of cardboard sheets, is environmentally friendly and versatile. It begins with large rolls of recycled cardboard. “The product was developed to minimize damage from transportation. Since it’s made of corrugated cardboard and biodegradable glue, it has no damaging effects on the environment.” It’s used in Brazil to transport automotive pieces, kitchen appliances, consumer electronics, and many other types of products. “For each market, we develop a specific product, without the cost of making molds, special prototypes or tooling. It’s versatile and the possibilities are endless.”

As production increased, the company re-invested in its existing infrastructure. Rather than purchasing expensive new machines, it resolved to refurbish its 30-year-old corrugating equipment, a set of machines that turns rolls of brown paper into corrugated cardboard, valued at around $500,000. It cost nearly $400,000 to refurbish, but when a new machine costs somewhere in the neighborhood of $12 million, refurbishing is an act of necessity. The company’s capacity jumped from 300 to almost 700 linear feet per minute, more than double the efficiency.

TRUSTING IN TECHNOLOGY
CooperCaixa is not obsessed with expansion. It is more interested in efficiency, owning its own facilities and perfecting their current model of operation. To that end, the company recently installed two integrated systems for controlling operations. One system, from Mega Sistemas Corporativos, handles business operations. The other, from Alliance Technical in Minneapolis Min., handles all aspects of resource management, planning and production, including interfacing with their sheet making equipment. CooperCaixa calls this its “industrial platform.”

“With the acquisition of these systems, we expect to reach operating and production levels that no one has seen in the corrugated cardboard packaging industry, and pass these benefits to our clients, making them more competitive in the market.”

The Mega system consists of the industry’s most advanced tools for planning and administration of plant production. Modules handle production scheduling, resource planning, and capacity requirements planning. The system instantly calculates all materials and resources needed for customer orders. “Now we’re going to set ourselves apart in terms of productivity in this market,” comments Madjarof.

PROCESS ORIENTED FOR THE FUTURE
Brazil’s recent economic growth is a double-edged sword. On the one hand, business is booming and the market is strong. On the other hand, the increased strength of the Brazilian real makes the country less competitive with international players. Where once the country could capitalize on a low-cost labor force, today it must compete by creating better processes, better products, and greater levels of specialization.

“Brazil is going into a period when its currency is strong, which brings great difficulties to industries that compete with foreign products. The cardboard packaging industry, in order to grow, or even just survive, will have to find more competitive production methods.”

And that’s precisely what CooperCaixa is developing – not corrugated cardboard packages, but streamlined industrial processes and production methods that it can deliver as third-party services to other packaging companies who can’t afford to invest in expensive new equipment.

The Brazilian industrial capacity for corrugated cardboard packaging is almost 250,000 tons per month and it’s currently producing around 190,000 tons per month. Over its brief, five-year history, CooperCaixa has restored its facilities and invested profits into new and refurbished equipment and currently operates at almost 80 percent capacity. “We just want to keep perfecting the way we work,” says Madjarof. In the next five years, he wants to continue to grow in the Sao Paulo region, finish the acquisition of new equipment, and increase production to maximum, which he believes can reach 9,000 tons per month, making it one of Brazil’s five largest industrial packaging companies.