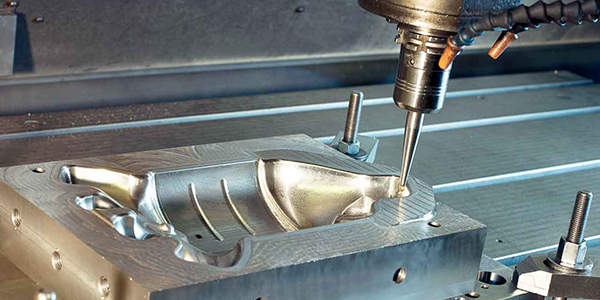 When you think of fast-growing industries in this era of computer software and biotechnology, aluminum casting may not be the first thing that pops to mind. The term conjures up images of white-hot molten metal from a bygone era of American manufacturing.

But don’t tell that to executives at Progress Casting Group, Inc., a Minnesota-based heavy industry that thrived in the 1990s and even through the current economic downturn with state-of-the-art techniques and individualized attention to booming customers like Boeing Corp. and Harley-Davidson motorcycles.

In the last decade going back to 1993, Progress Casting – a privately held, family owned company – has seen its revenues soar from $25 million a year to on the order of $65 million in 2003, and executives are projecting similar growth into the future. “We’re a leader in this industry,” says Pat Tully, the company’s vice president for sales and marketing. “People come to us because they truly get superior value. We’re known for our ability to make high-quality components. People come to us when they’re dissatisfied with other suppliers because they know we’ll get it right.”

Mastering motorcycles
Perhaps no customer relationship has been more beneficial – to both parties – than the association between Progress Casting and Harley-Davidson, the Pennsylvania-based motorcycle giant that grew exponentially throughout the 1990s as more and more baby boomers took to the highways. Progress Casting makes and molds cylinder heads, crankcases, and transmission parts for some leading motorcycle manufacturers, including Harley-Davidson.

“Progress Casting Group has been very responsive in meeting the needs of Harley Davidson’s current production and that of new program requirements,” Pam Hagen, a purchasing engineer for the motorcycle maker, said in a written testimonial. “They have provided on-site supplier representatives to assist engineering, purchasing and manufacturing regarding design, quality concerns, manufacturing issues and technical and administrative matters. Progress Casting has repeatedly demonstrated that they are a supplier Harley-Davidson can count on.”

Progress Casting is actually a unit under the umbrella of Acrometal Management Corporation. Acrometal contains four major operating groups: aluminum casting, plastic injection and blow molding, distribution, and sub-contract manufacturing for a variety of industries. The financial backing of Acrometal is critical in helping Progress Casting to invest in research and development and the latest molding techniques.

The original casting company that was eventually acquired by Acrometal was founded in St. Paul, Minn., back in 1932. The Progress Casting unit became part of Acrometal in the early 1960s and grew when the parent company acquired a second foundry in the early 1970s. The headquarters of Progress Casting and one of its casting operations is now located in Plymouth, Minn., in the western suburbs of Minneapolis. The other foundry is in Albert Lea, Minn., which is about 90 miles to the south.

Tully said that Progress Casting is now in the top 5 percent of companies in the aluminum-casting field and employs some 600 people at its two facilities. He said the firm’s location in Minnesota allows it to take advantage of the best-educated work force in the nation.

Progress Casting has become an industry leader in marketing to commercial, military, and aerospace customers through its mastery of four different types of aluminum casting. There’s a good chance that you’ve seen the company’s handiwork somewhere. In addition to its motorcycle parts, Progress Casting makes gearboxes for commercial aircraft and the main parts for the Hobart slicer that is commonly used in supermarket deli sections.

Like its competitors, Progress Casting uses the conventional, poured technique of casting, in which molten aluminum is poured into a mold. But another process that is frequently employed by Progress Casting is called low-pressure, permanent-mold casting. It is similar to traditional casting, except that injecting the liquid into the mold at a lower pressure means the end product is closer to the desired shape and needs less polishing and grinding. Tully said this process aids in making geometric shapes like wheels or rectangles.

‘Low-risk proposition’
Another molding process that is frequently used in military and aerospace products is called precision dry sand molding. Here, workers use dry sand and a binding agent to construct a mold that is strong enough to withstand molten aluminum. After the aluminum is poured into the sand mold, the mold can be burned away or otherwise destroyed but the newly cast part can be recovered. Said Tully: “This process is one that we use extensively in our work for the military and aerospace industries.” He said it is used to make an air inlet frame for a turboprop or a jet engine as well as gearboxes for aircraft.

The fourth major process used by Progress Casting is called green sand casting. It uses a sand mold that is different from precision dry sand and has more commercial applications. Tully said the products that are cast using this technique have a reduced tolerance capability and there is more finishing of the surface involved. “The surface of the mold is not as good as with permanent molding,” he said. But the technique is more useful for smaller production runs because it is less expensive than assembling a permanent mold. It is used for lawn and garden products and commercial electrical connector boxes.

“Castings are now more and more replacing steel fabrication,” said Tully. This is because casting is less labor intensive and also offers better performance, thanks to the use of lighter weight aluminum, and a superior appearance than fabricating. “That trend is continuing over time and the casting process is gaining volume and market share,” he said.

“We’ve done well because our business is quite diverse,” Tully said.” About 25 percent is in the military and aerospace segment, although we’re affected somewhat by the negative downturn in commercial aircraft. But besides that Harley-Davidson is our biggest customer and they’ve been a tremendous source of growth.”

But Tully said the main reason for Progress Casting’s solid recent growth hasn’t so much been the client mix as the willingness and ability of the company’s engineering project managers to work closely with the individual customer in crafting a solution to their needs. He said the company has worked hard to set up project development teams to break down the walls that once existed between the engineering office and the production floor.

“The customer comes here because he knows he’ll get the right results,” Tully said. “This is a low-risk proposition for them.”