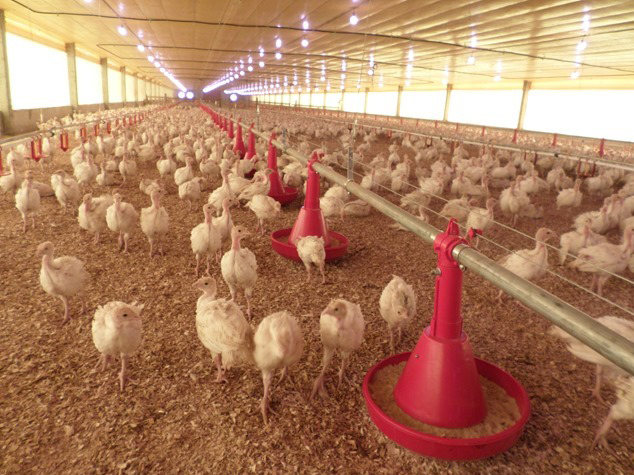 State-of-the-art animal feeding equipment used by poultry and meat agriculturists is exported from Brazil throughout Latin America. The city of Chapecó is ideally located in the west of the country, known for chicken, turkey and pig farming. The industry generates jobs and taxes and contributes to the nation’s development. It is here that one of the region’s best-known manufacturers of feeding technology was founded in 1979.

With the growth of the poultry industry in the west of Santa Catarina, the state’s agricultural equipment developed rapidly. Edege Indústria de Equipamentos produces bell jar, tubular and automatic feeders for poultry, as well as grain storage silos and other poultry farming equipment. Today, the company has secured a considerable portion of the market share, producing its own lines of equipment and other technology with international partners. Through a network of representatives all over Brazil, the Edege brand has become synonymous with safety, efficiency and advanced first world technology for poultry producers.

In a competitive market, how has a comparatively small family-owned company achieved such recognition? Company President, Bento Zanoni, who acquired the company in 1984, explains: “As we already had direct contact with producers in the region, our services were easily integrated with the agroindustry. We worked together with the technicians, according to the farmers’ needs and benefitted from their technical knowledge to develop the best possible products.”

When the company started equipment production in 1984, an agricultural company in the region contracted Edege to work on technology for feeding turkeys. “We willingly accepted the challenge, and together with technical experts developed a product that was adapted specifically to turkeys, with less waste and better feeding efficiency,” Zanoni says.

At the time, the turkey industry was small in Brazil and no midsize or large companies showed any interest in the ‘niche’ market. Sales and production were up however, and other producers began to enter the segment. A lot of the equipment was imported from countries where the turkey farming industry was more developed and Edege began losing market share. Zanoni explains how the company turned things around: “In 2010 we developed an automatic turkey feeder that revolutionized the Brazilian market. Today we hold between 90 and 95 percent of this market, and have consolidated our position by forming a partnership with Ziggity Systems Inc (Poultry Watering Systems) in the US. We are Ziggity’s exclusive distribution partner in Brazil. This means we have grown to offer the best feeding and watering systems for turkey farming.”

The success of the systems secured two of the largest turkey producers in Brazil, who replaced all of their existing equipment with Edege and Ziggity technology. Within two years, the savings made on waste and feed efficiency more than justified the investment.

Edege produces metal silos that facilitate the unloading and preservation of the feed used for poultry and pig farming. It also makes advanced automatic watering systems, which use nipple technology allowing free flowing water without waste or contamination. The Edegeflex automatic feeding system is adapted to feed birds of all ages and Edege manufactures the market’s most resistant and efficient turkey feeding systems.

Ensuring the growth of healthy birds, Edege also produces mist-water technology and ventilation systems that create a favorable environment for development even during the hottest times of the year. In winter, Edege supplies energy-efficient wood-burning heaters, and traditional bell jars for gas heating.

All of the company’s equipment comes with full technical support and assistance and replacement parts, where necessary.

At the heart of the company is customer satisfaction. “It’s simply the way we work; always developing the most cost-effective solutions for our clients… and it’s the same for chicken, turkey and pig feeding technology,” Zanoni concludes.

Three Places for The Future of Work in Manufacturing