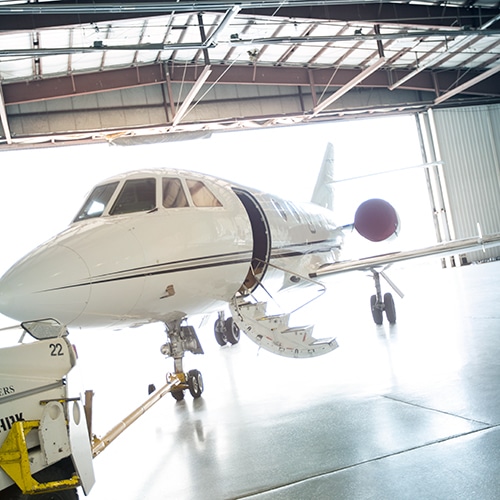 And the network of suppliers and talent base has the potential to turn the state into a hotbed for another industry that moves people and goods from one place to another.

Today, aerospace is a $530 billion global giant. The United States leads the world with about 40 percent of that business, capturing about $225 billion.

The global demand for jet airliners is also on the rise due in part to the economic growth being experienced in emerging markets, low interest rates on U.S. Treasury notes and the introduction of new aircraft and engine technology. This demand, however, has created a production backlog for commercial aircraft OEMs.

Michigan is home to more than 600 aerospace associated companies. They’ve been successful, and it’s time to show others the benefits of doing business here.

PricewaterhouseCoopers this year released a report that ranked Michigan as one of the top 10 states for companies looking to expand or grow in aerospace manufacturing. The ranking was based on taxes, operational expenses, number of existing suppliers, and available workforce and education attainment. By exceeding, or remaining competitive, with other states in these categories, Michigan is a prime site for aerospace companies looking to open or relocate facilities, specifically for suppliers that don’t need to be based near original equipment manufacturers.

When it comes to talent, Michigan has nine universities with aerospace departments or programs that are producing the next generation of thinkers and innovators. These nine include the University of Michigan’s highly ranked Department of Aerospace Engineering, which is the oldest in the country and has produced some of the industry’s giants.

When you look at the needs of aerospace and automotive, it’s apparent both industries fit together well and could enjoy the same highly skilled manufacturing base and university research programs found in Michigan.

After all, the auto industry is more than just skilled at producing vehicles to meet high production levels. Automakers and their suppliers are also known for simultaneously meeting stringent quality guidelines, as well as emission regulation targets and operating an efficient supply chain.

Aerospace OEMs like Airbus and Boeing Co. also want suppliers that are experienced with providing continuous improvement to products and processes, as well as world-class productivity. These are characteristics the auto suppliers have lived with for decades.

Meanwhile, there’s the need for the auto industry to reduce emissions to meet federal mandates, as well as the introduction of connected and automated technologies. These are areas where the global aviation industry has extensive experience considering its development of robust software, next-generation alloys for light weighting, aerodynamic design and unmanned systems.

Those efforts include Lightweight Innovations for Tomorrow – LIFT – a public-private partnership based in Detroit. In addition to state and federal support, the project includes members from OEMs, suppliers and SMEs, academia, research institutes, education, workforce development organizations, and professional societies. They are focused on creating lighter, better materials for the next generation of planes and other vehicles.

And both auto and aerospace industries are also currently wrestling with the challenges of additive manufacturing; the introduction of more electrical systems; growing competition from Silicon Valley companies; the fight for top engineering talent; and developing the latest in passenger infotainment.

While not widespread, there already are some great instances of cross-industry synergies with the number of suppliers serving both industries. Tier I suppliers like Eaton, Honeywell International Inc., and Parker Hannifin already provide services to auto and aerospace. These companies also have some of their operations in Michigan.

And some aerospace companies are already choosing Michigan over other locations, citing the state’s proximity to customers and hundreds of suppliers, as well as the ease of doing business and incentive packages offered by the governmental agencies.

Last year, Spirit Airlines announced it would invest $31 million in a new maintenance hangar for its aircraft at Detroit Metropolitan Airport. Southeast Michigan was chosen over a competing bid that was being made in Texas. Another example from last year was Bmax USA LLC announcing it had chosen to invest more than $4.3 million in Pontiac instead of a competing site in Ohio. The global tech company is headquartered in France and the move makes Michigan the first state to have a Bmax office in the U.S.

Southeast Michigan is also home to Tier I supplier Liebherr Aerospace Saline Inc., which broke ground last year on a new 33,000-sqaure-foot facility in Saline. The new plant is equipped with the latest in technologies such as robotic laser cutting and welding applications. It’s also located next to the company’s existing 140,000-square-foot facility on a 54-acre parcel of property the Switzerland-based manufacturing company purchased in 2008.

Then there are existing companies that continue to have a rich history in the state’s aerospace industry. On the shores of Lake Michigan in Whitehall is the center of advanced casting technologies for Arconic, formerly known as Aloca Howmet. With a company history that traces back to the early 1950s, Arconic employs more than 2,000 people at its 155-acre campus in Whitehall. It produces cast components for commercial passenger jet engines and military aircraft jet engines.

These two industries would not just benefit by coexisting in Michigan, but can provide information and lessons that would ultimately ripple out and strengthen profitability and customer experience.

Michigan has the potential to be the next significant hub for aerospace innovation. When you look at the level of skilled talent working and living here, as well as our established manufacturing base, we can be the answer the aerospace industry needs.

Steve Arwood, CEO, Michigan Economic Development Corporation
As CEO, Arwood is charged with implementing and executing MEDC’s core mission of business development and attraction, community development, providing access to capital and improving Michigan’s image and brand. His responsibilities include administering all programs, funds, personnel, contracts and all other administrative functions of MEDC.

Arwood is also the director of the Talent and Economic Development Department, which was created to ensure that the state can efficiently and effectively develop, administer and coordinate Michigan’s economic, housing, and talent development initiatives and programs.

PROFESSIONAL BACKGROUND
In 2013, Governor Rick Snyder appointed Steve Arwood as director of the Michigan Department of Licensing and Regulatory Affairs (LARA) and chief regulatory officer to serve in a leadership role in reinventing the state’s regulatory and licensing environment. He served as LARA deputy director overseeing the Unemployment Insurance Agency and Employment Security and Workplace Safety, which includes MIOSHA, Employment Relations and Workers’ Compensation. He joined LARA in 2011 from Windlab Developments, USA, LTD, where he served as U.S. regional director. He has worked in wind energy development, conservation, and business development since 1999. He previously served as deputy director and other executive management positions at the Michigan Jobs Commission under Governor John Engler. He has also served as director for the House of Representatives Programs and Policy, and the National Federation for Independent Business-Michigan.

EDUCATION
Arwood is a graduate of the James Madison College at Michigan State University.