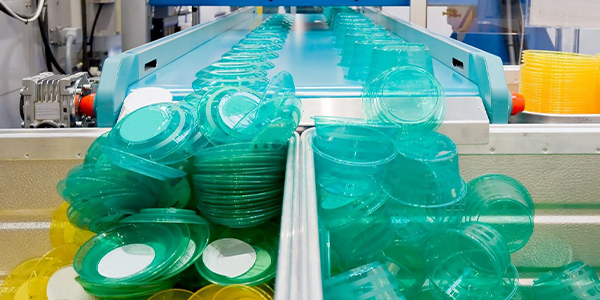 For the past 19 years, Mexico’s plastics industry has been left by the federal government to fend for itself. The last six years have been especially difficult, with economic growth stagnating nationwide. At the same time, Asian competition has emerged as a threat in both the domestic and the international markets, and Mexico’s supply of resin – raw material for plastics manufacturing – has been uncertain.

Yet today, there are signs that much of that is about to change. For one thing, for the first time in nearly two decades, the Mexican government is sitting down with the National Association of Plastics Manufacturers (ANIPAC) to draw up plans for a new era of cooperation and growth. And while multinational competition has hurt Mexico’s domestic plastics industry, it hasn’t killed it – instead, Mexico’s plastics manufacturers are emerging stronger, leaner, and more productive. Reinvestment has risen to a significant level, meaning that the industry is indeed prepared to meet the challenges of this globalized world.

Competition and consolidation
The Mexican plastics industry comprises roughly 3,500 companies with 150,000 employees. Of that total, 320 suppliers of raw material, machinery, equipment, and tooling; suppliers of services; processors; and some integrated end-users of plastics count themselves among the membership of ANIPAC. Only six years ago, the industry looked dramatically different, with 1,000 more companies and many more jobs.

During the interceding six years, as markets became more focused, so did the competition, and the Mexican plastics industry underwent a long process of consolidation. Smaller companies merged with larger ones seeking more clout and more market share as Asian competition grew stronger. With the dust settled, a pessimist could look at the industry today and say the results have been negative: we have lost jobs and there are fewer companies in the plastics industry.

Yet certain facts encourage a more positive interpretation. Productivity in Mexican plastics manufacturers has risen 56 percent over the last five years. Not only that, but for the last 10 years the plastics industry has seen an average annual investment of more than $1 billion, and this year it topped $1.4 billion. A weakening industry would never attract that much investment.

Raw materials access
While those market indicators have been positive, ANIPAC has been working aggressively to improve business conditions through its extensive relationship with the federal government. When ANIPAC was founded in 1961, its principle role was to help its members obtain raw materials in a heavily regulated market. Much has changed over the years, including the market, but one of ANIPAC’s primary concerns even today is that its members get better access to the resins needed for the production of plastic.

In that sense, one of ANIPAC’s worries is that the state oil company – Petróleos de México, or PEMEX – is roughly 20 years behind the curve in its production of petrochemicals. The right investments have simply not been made. This means that while there is an excess domestic supply of PVC, PET, and polystyrene, the limited supply of polyethylene and polypropylene means that the Mexican plastics industry has to import raw material from the U.S. and Canada, and that source of resins was interrupted further when hurricanes Rita and Katrina pummeled the Gulf Coast. Mexican plastic manufacturers have had to turn to Asia and in some cases to the Middle East to meet their demand.

PEMEX, of course, has many other production projects to juggle than just petrochemicals, but its director has agreed with ANIPAC that the problem is a more fundamental one. If PEMEX were run as a more traditional company, whose fine people would be free to make decisions according to the free market’s demands, it would be able to upgrade and modernize its petrochemical operations quickly and effectively. It is a complex problem that will involve working with many elements of government, but the political will is there, and ANIPAC is committed.

Government cooperation
In addition to encouraging changes at PEMEX, ANIPAC has begun talks with the federal government on how it can work for the growth of Mexico’s plastics industry. For 19 years the federal government has paid no attention at all to the industry, but this new administration is indicating that it will take a strong interest in working with the plastics industry towards greater growth, development, and competitiveness.

Eduardo Sojo, secretary of the economy has been very responsive to the requests of ANIPAC. Shortly, ANIPAC will be sitting down with government representatives in a “working table” committee to address different issues confronting the development of the industry, including competitiveness, innovation, prices, training, education, the environment, and fighting counterfeiting and illegal operations.

Obviously details are still under discussion, but the very fact that the government is now willing to sit down with ANIPAC and work out solutions suggests that a new era has begun for the plastics industry.

ANIPAC and the future
Since 1985, when Mexico dropped much of its regulations that had affected the plastics industry, ANIPAC’s roll has been changing and evolving according to the needs of its members. For one thing, it has concentrated more and more on planning and strategy that will benefit its membership. It has maintained the close ties it developed with the federal government in the early years, so that today, even though certain price controls and heavy regulation are a thing of the past, it can still aid its members in taking advantage of what
the government has to offer – for example, the small- and medium-sized business aid packages.

ANIPAC offers support to the industry in other important ways as well. For example, ANIPAC is preparing to launch the Mexican Plastics Center – or CEMEPlas – an initiative designed to promote business for the Mexican processor through bringing together services, options, and support. That initiative is being carried out with the support of the Ministry of the Economy and the Foundation for Industrial Development, once again illustrating the importance of ANIPAC’s extensive connections in the world of government.

At the moment, the majority of Mexican plastics production is destined for the domestic market, but that is in flux. Exports have been growing by 15 percent a year, and last year 12.7 percent of Mexican plastic was exported. The industry will evolve according to the Mexican companies’ ability to better integrate raw materials along the chain of supply. With ANIPAC working with PEMEX to help that along as soon as possible, and with Mexican plastics manufacturers continuing to increase productivity and invest strongly, Mexico’s plastics industry has a future in front of it that looks very bright.

Eduardo de la Tijera Coeto is the president of the National Association of Plastics Manufacturers. He can be contacted through the Association’s Web site, www.anipac.com.mx