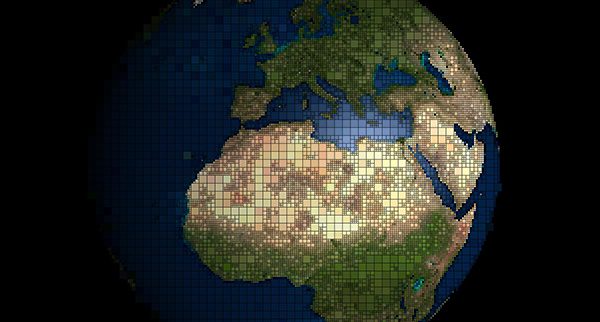 Recent bold economic measures undertaken by the government have included the cutting down of fuel subsidy, floatation of the currency last November and the passing of the long awaited value-added tax (VAT); all of which have given a strong indication that Egypt is adamant about taking the hard but necessary steps towards reviving the economy.

Throughout this transition, ties with the United States has remained solid, largely due to the strong and longstanding business to business relationship between both countries and the strategic work of a number of organizations that are considered by many as the ‘custodians’ of the relationship- these are; the U.S. Chamber of Commerce’s US-Egypt Business Council, AmCham Egypt and the Egypt-U.S. Business Council. Much of the activities of these organizations are orchestrated and coordinated by or with AmCham Egypt’s former CEO, Hisham Fahmy, a familiar face in both Cairo and Washington who is now CEO of AmCham Egypt Inc. based in Washington D.C. Fahmy has been playing an instrumental role in promoting US-Egypt business relationship, through the organization many business missions to Washington D.C. and other States as well as coordinating reverse missions to Egypt, which help advocate for a friendly business environment for US companies operating in Egypt and Egyptian companies working with the United States.

Fahmy is also a familiar face in Washington DC offering expertise on a wide range of strategic bilateral issues and is often invited to speak and participate on panels addressing different aspects of the economic relationship between Egypt and the United States.

Earlier in December Fahmy was honoured with the prestigious SAIS Mediterranean Leadership Award at the Annual Transatlantic Forum, hosted by the Center for Transatlantic relations. The award recognizes his contribution towards creating a robust bilateral relationship between the Egypt and the United States. At the transatlantic forum, Fahmy affirmed the commitment of US companies to Egypt even during the toughest times, which contributed enormously to keeping Egypt’s economy afloat. He also shared a few examples of major U.S. companies that use Egypt as their hub to export to countries of Europe and Africa leveraging Egypt’s trade agreements while enjoying tariff reductions and enabling rules of origin that are otherwise unavailable to US Businesses. ‘These companies strongly believe in the potential of Egypt’ he said.

Egypt is the Middle East hub for many fortune 500 companies including GE, PepsiCo. Coca-Cola, ExxonMobil and Apache. Fahmy shared some very interesting fact about some of these companies; “Coca-Cola exports to 43 countries in Africa and Asia out of its factory in the free zone in Cairo, while Texas-based Apache produces approximately 30% of Egypt’s total oil and condensate production and 20% of Egypt’s natural gas production. ExxonMobil operates two state of the art lubricant blending plants, providing products to more than 45 countries all over the world.”

On receiving the award, Fahmy expressed his pleasure and honour to be rewarded for an effort he enjoyed doing for 25 years. “I have always felt that the US Egypt relationship is one that is so important and strategic on all levels. I also felt that the relationship between corporate America and the Egyptian private sector is the cornerstone”.

“To be heard and welcomed and expected in Washington has been a great success in itself. I am proud to have been and still be a part of this great organisation-AmCham Egypt in partnership with the US chamber.”

Fahmy has been playing an instrumental role in promoting US-Egypt business relationship, through the organization of over 26 business missions to Washington D.C. and other States. Fahmy is a familiar face in Washington DC offering experience on a wide range of strategic bilateral issues and is often invited to speak and participate on panels addressing different aspects of the economic relationship between Egypt and the United States.

During his tenure at AmCham Egypt, membership has reached over 1900 members. For over 20 years, Fahmy has been advocating for a friendly business environment for US companies operating in Egypt and Egyptian companies working with the United States. Fahmy helped in the formation of the AmCham MENA council in seven countries to promote US business and investment in the MENA region. Fahmy has been engaged in supporting the establishment of AmCham Bahrain and Afghanistan.

Fahmy previously served as acting director of the Egyptian Center for Economic Studies, a nonprofit think tank that carries out and disseminates independent economic research.

In addition to his current role with AmCham Egypt Inc., he is the Managing Director of Mantrac LLC., part of the Mansour Group, representing their business interests in the United States.

Fahmy graduated from the American University in Cairo (AUC) in 1974 with a Bachelor’s degree in chemistry.