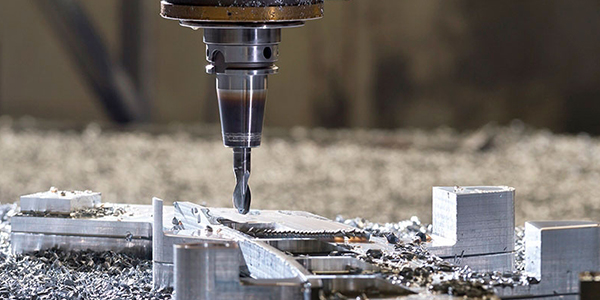 When Ellanef Manufacturing Corporation was purchased by Canada-based Magellan Aerospace Corporation in 1999, the New York aerospace manufacturing business had been privately owned since its founding in 1939. The sale was the culmination of Ellanef’s search for a purchaser that would build on its renowned capability for machining, assembling and validating the most difficult kinds of parts.

Starting out in a basement, moving to a garage, then to a small building, Ellanef began by making metal parts and pressure cookers. Soon, however, the need for airplane parts during World War II brought in customers such as Grumman and Fairchild Republic, and the Queens, N.Y., manufacturer entered the aerospace industry.

Both facilities are ISO 9000 and AS 9000 certified and are operated with a Total Quality program. The company’s more than 500 pieces of conventional and CNC equipment range in size from the smallest ultra-precision grinders to large three- and five-axis gantry profiling machines.

Ellanef’s long standing reputation for the ability to machine complex parts while maintaining the highest quality standards has brought in projects such as the landing gear for the LEM that landed on the moon, mainframe computer components for IBM, work on the first Atom Accelerator for Stamford University, generator shafts for General Electric and the prototype for the first pop-top can (actually a push-in tab). Well-known names on the customer list have included Cleveland Pneumatic, McDonnell Douglas, Rockwell International, Grumman, Fairchild and Sikorsky.

The acquisition by Magellan Aerospace Corporation brings Ellanef into an organization that provides products and services to the aerospace, defense and space industries around the world. With significant involvement in the aero-structure and aero-engine arenas, Magellan is becoming well known as a product integrator capable of managing medium to large systems and sub-systems as well as kitting. Other companies in the Canada-based organization include: Aeronca Inc. in Middletown, Ohio; Ambel Precision Manufacturing in Bethel, Conn.; Langley Aerospace in Lemon Grove, Calif.; Middleton Aerospace in Middleton, Mass.; Bristol Aerospace in Winnipeg, Manitoba, Chicopee, with manufacturing in Kitchner, Ontario; Fleet Industries in Ft. Erie, Ontario; Orenda Aerospace and Orenda Recip, Orenda National and Orenda AeroTech in Mississauga, Ontario; Debert and Abbotsford, Nova Scotia, and in Glendale, Ariz., respectively.

New management, New goals
Management changes implemented after the sale promoted Henry M. David, then vice president of contracts, into Ellanef’s top executive position. The sign-off notation on his e-mail tells a lot about David, and his management philosophy: “In business and in life, you get what you want by giving other people what they want.”

In the 26 months since Magellan named David to lead Ellanef, the executive has had ample opportunity to put his philosophy to the test. After 26 years working his way up through the ranks of the business, the Corona Queens, N.Y., native was given the challenge to lead the company through a revamping that involves everything from modernizing manufacturing capabilities and improving employee relations to expanding its customer base.

When asked about the results so far, David’s energy-charged response is: “The result? The result is that the past two years have been two of our most successful ever!”

“Ellanef gained a reputation for being a high-quality, challenge-oriented company that would take on work that others would shy away from because of the difficulty of the parts,” he adds. “While there are a number of local and regional businesses we compete with, we are unique in that there are no competitors that can do everything we can do under one roof.”

Magellan’s Impact
The management team that helped guide the company’s sale wanted a buyer that would keep many of the traditions of Ellanef that made it a success, yet allow it to become a financially stable company recognized as both well-organized and well-run. When all was said and done, explains David, “We saw what Magellan had done with other companies they acquired and how they supported their businesses. They were vocal about their desire to grow both organically and through acquisition, and they were committed to provide the necessary guidance to help bring Ellanef to the next level. We thought at the time of the sale, and strongly believe today, that Magellan was the right choice for both our customers and our employees.”

Ellanef’s Employees
The saying goes, “Our employees are the key to our success. The most modern facility with all of the right tools would be nothing more than that, without the right people working for it,” says David.

Since the company’s founding in 1939, an “open door policy” existed between the management team and the employees of Ellanef. The company believes that it is this strong relationship that enabled the company to remain a non-union shop. “Just
after the sale of Ellanef to Magellan, a large bargaining unit representing employees for one of our largest customers had settled their contract,” David says. “This action, coupled with the fact that there was some degree of skepticism about how the ‘new company’ would treat employees caused a great deal of interest by many of our employees about what could be gained by becoming a union shop.”

“The union lobbied strong to organize Ellanef’s employees and was granted the right to bring it to a vote,” he continues. “As one might imagine, there was a great deal of concern on the part of Ellanef’s management team as well as the Magellan corporate office, about the possibility of Ellanef being organized.” In the final days prior to the voting, the employees voiced their desire to hear from Henry directly about his view of the situation and his vision for the future of the company.

“When I spoke with the employees, I appealed to their sense of family and history here. I let them know that they would be treated fairly under the new management, and that we would communicate regularly about what was going on in the company. In addition to this reassurance, we committed to timely performance evaluations, a review of their benefits package and an aggressive move to become a more competitive company in every way possible. We promised them that if they received a favorable performance review, that they would get timely salary increases raises. Well, the vote was cast and the employees voted 3-1 in favor of keeping Ellanef a non-union shop. Who knows what really caused them to change their mind? It is all history now. Bottom line is when I spoke with them, I asked them to trust me and the management team we put in place. Without fail, we have lived up to all of the commitments we made. On an ongoing basis, a performance review is conducted with each and every employee that deserves an increase receiving it effective Jan. 1st. If in the event the performance review isn’t completed until after that date, then the employee receives their increase retroactive to Jan. 1.

Since that time, we have made many more improvements in our facilities, our equipment and the incentives to promote our employees. For example, we instituted a 100 percent attendance program, an employee suggestion program and most recently a performance incentive program we refer to as PIP.

To be specific, the PIP program established targets for profitability, on-time delivery performance, and waste and scrap management. We constantly challenge our employees to work smarter, not harder. Walking the talk

goes a long way to building credibility and strong relationships with our employees. Without our employees, we would just be another machine shop”.

Ongoing Business
Ellanef, he explains, is basically a build-to-print operation “although we have had design capability in the past. In fact we designed, built and qualified a total of 32 electro-mechanical actuators for the U.S. space shuttle and the B1-B. In addition, we currently provide an Ellanef designed unit on Boeing’s 737 commercial aircraft as well as one on Boeing’s F-18E/F military aircraft. Primarily, we take the product from the drawing that the customer or his customer has provided and then machine a prototype or the actual part itself.”

Sept. 11, he says, hit the aerospace industry hard, and Ellanef felt the reverberations. Fortunately, the company’s business included several contracts for military work and since that time Ellanef has received several new contracts from the U.S. government and Navy for landing gear components and other various spare parts. Other military work includes long-term contracts for landing gear and structural components for the F/A18 E/F and the F/A22 Raptor. “As we look to the future in military and commercial aircraft production, we are poised for release of the new F-35 Joint Strike Fighter as well as opportunities on Boeing’s Sonic Cruiser and Airbus’ A380,” David says.

Manufacturing Facilities
Throughout the years, Ellanef has continually expanded its manufacturing operations and once again is planning to expand. In its most recent budget meetings with Magellan’s top management, the company requested a capital expenditure budget of nearly $13 million to be spent over a two year period which includes a 15,000 – 30,000-square-foot addition to the Bohemia facility as well as several “key” pieces of equipment, David explains. The expansion of the Bohemia facility will provide the space needed to install three new 100-inch x 200-inch Okuma MCRBII high-speed, double-column CNC machining centers with pallet changers. The new high-speed machines the first slated for delivery beginning in Jan. 2003 will form the cornerstone of Ellanef’s vision for the future of manufacturing. “In addition we will have completed the renovation of a 10,000-square-foot manufacturing facility that will house our updated and expanded CNC Turning Center,” he adds.
This past January, he adds, Ellanef started a complete re-implementation of its ERP system. Referred to as the, “Ellanef Enterprise Management System” or “EMS” for short, the system’s focus is on making certain that all modules are fully integrated.

“We have dedicated a team of key individuals who, with the help of a part-time consultant, will develop the departmental charters and implementation procedures to completely re-implement our ERP system,” David says.

The company also is evaluating several options in an attempt to reorganize the balance of functional departments at both the Bohemia and Corona facilities with specific attention toward better product flow. Ellanef is looking toward Lean Manufacturing principles and employing the philosophies of Six Sigma to identify additional areas of improvement in error reduction /elimination, improved efficiency, reduced inventory and increased margins.

Ellanef’s Future
“Our goal is to be the best we can be,” says David. “In order to continue to make significant gains in performance, we must be our own worst critics. The name of the game in today’s environment is market-driven pricing. We must find ways to be the lowest cost producer if we are going to continue to be a player in today’s market. With each new initiative undertaken, we endeavor to eliminate waste, improve operating margins and build on the reputation of our beginnings.” 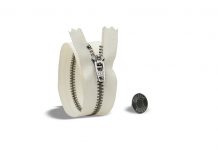