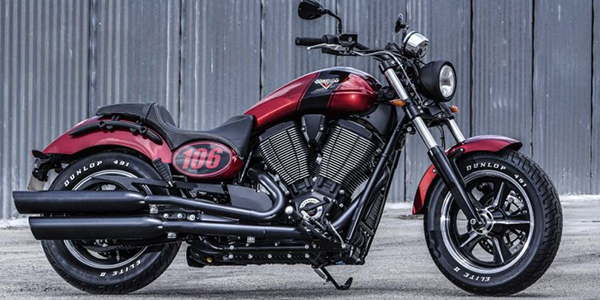 At Victory Motorcycles, company officials have a lot of pride – pride in engineering the most successful launch of a new American motorcycle in 60 years, and pride in the industry-wide kudos that their stylish new Victory Vegas model has been winning since it was introduced last year.

But they’re not too proud to acknowledge their initial mistakes. Those same officials concede that when Victory Motorcycles was launched five years ago, they goofed in stressing performance over design. They also admit that the initial network of dealers was heavily weighted to rural areas that are big markets for snowmobiles and all-terrain vehicles, or ATVs, but overlooked the populated markets where most motorcycle buyers live.

“The first year or two we stumbled,” said Mark Blackwell, global manager of Victory Motorcycles, a division of the $1.5 billion Polaris Industries, the longtime leader in snowmobiles. “We didn’t have as clear a strategic vision.” Company engineers knew that the market for motorcycles was growing rapidly, but they didn’t have a good sense of what the customers wanted.

All that has changed with the arrival of the Victory Vegas. When customer feedback told them that style and look was what they wanted in a bike, Victory’s officials hired the top two motorcycle customizers in America – Arlen Ness and his son Cory – as design consultants. When Victory’s products hit the market in August 2002, two leading trade publications – V-Twin magazine and Cruising Rider magazine – named the Victory Vegas “motorcycle of the year.”

“The New American Motorcycle”
“The bike has gotten a tremendously positive reaction for its style,” Blackwell said. “It’s a modern cruiser and it delivers on the brand’s promise. We had staked out a position with Victory as the new American motorcycle.”

Polaris Industries, in noting record earnings for 2002, reported recently that Victory’s motorcycle sales skyrocketed 81 percent last year. What’s more, the division is on firm financial footing while a number of rivals that launched American-based motorcycle firms in the mid-1990s have filed for bankruptcy or otherwise fallen by the wayside.

It’s not hard to see why so many companies lined up five or six years ago to enter the motorcycle market, which is dominated by several Japanese firms and the domestic industry giant, Harley-Davidson Corp. As the baby boom generation reached middle age, millions of Americans still harbored dreams of the open road from the youth-drenched 1960s and 1970s – except now they had the money and leisure time to indulge themselves.

“The American market has been growing steadily the last 10 years, and we expect the market to steadily grow over the next 8 to 10 years because of demographics and lifestyle issues,” Blackwell said. He said market research has found that the average customer is 47 years old and earns more than $80,000 a year. Some customers are longtime motorcycle riders, he said, while others are getting back into the sport after raising a family.

Blackwell said that as many as 20 American companies tried to enter the market in the 1990s, but only two have survived – Victory and Indian motorcycles, which is a revival of a U.S. brand-name that was popular decades ago. In the case of Victory, it came to the table with one huge advantage: The backing and deep pockets of Polaris Industries, which was already the number one American manufacturer of snowmobiles and is also a leading seller of ATVs.

Bikes for Baby Boomers
Both Polaris and the Victory division are headquartered in Medina, Minn., a suburb of Minneapolis. The motorcycle division was able to get off the ground without the need for constructing a new manufacturing facility. Instead, Victory motorcycles are built at Polaris’ existing plants. Its engines are built in Osceola, Wis., and then shipped to a Polaris site at Spirit Lake, Iowa, where the motorcycle frame is constructed. Blackwell said that some 500 Polaris employees are involved in motorcycle manufacturing, but only about 70 workers devote all their time to Victory. Many of these are in the engineering and design area.

“We have very lean and flexible manufacturing,” Blackwell said. “If you look at the company overall, we produce twice as many vehicles per employee as our competitors do.”

Victory specializes in two types of motorcycles: the larger and more comfortable heavyweight cruisers and touring cruisers. Because of their popularity with baby boomer customers, these are the two fastest growing segments in the motorcycle industry. Blackwell said these customers “want something more relaxing, with comfortable seating, and are more concerned about safety. Maybe their wives want to ride the touring bike with them.”

The company currently is marketing three models. The Classic Cruiser features the company’s powerful 92-cubic-inch engine, while the Touring Cruiser provides more comfort and storage areas. But while these two models are selling well, the  company’s growth and its future ambition is largely pegged to its “smooth”-looking, chrome-laden Victory Vegas model, which aims for the look of a custom-built bike.

Blackwell said the Victory Vegas is the right motorcycle “if you’re looking for an American cruiser that’s more modern looking, with more performance and more technology, and that is a couple thousand dollars less than other American models in price.”

Victory also recently launched another innovation seeking to blend its manufacturing know-how with the allure of a custom-built bike. The company heralds the innovation as the industry’s first custom ordering program. Victory customers now can go on the Internet and configure their own personal motorcycle, choosing from an array of 520 combinations that mixed color and design schemes, chrome packages and wheel options. Blackwell said the innovation could save a consumer as much as $3,000 to $5,000 over taking a bike to a customizing shop.

The company has also moved to improve its nationwide dealership network, which initially relied too heavily on longtime Polaris merchants who tended to be in sparsely populated rural areas, where snowmobiles and ATVs are most popular. Blackwell said most motorcycle customers tend to live in urban areas. He said Victory first reduced its dealer network, but now has increased it again to 310 outlets, with most actively marketing its motorcycles.

Although the economic slowdown has been hard on the sales of luxury items, Blackwell noted that even in 2002 the total motorcycle industry grew by 9.4 percent, and the cruiser class grew by about 18 percent. “We’ve promised our dealers and the magazines that they can count on one or two exciting new models every year,” Blackwell predicted, with the pride of a motorcyclist on the open road – heading in the right direction.