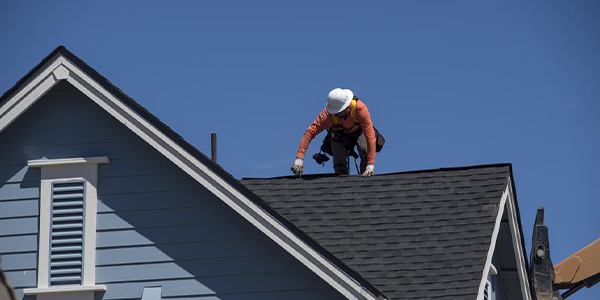 Michael Lynch, the CEO of the New Jersey-based building supply firm, said that the division of building materials company, Oldcastle, expects that Allied will grow its share of the $20 billion market for exterior building products here in the United States, primarily by acquisition of good regional distributors.

“That part of the business” – primarily roofing and siding materials – “was $1.1 billion for us in 2004, but that sandbox nationwide is $20 billion,” Lynch said. “So even though right now we’re number two or number three in size (U.S. roofing/siding distribution), you can see that there’s still a lot of room for growth.”

That’s why, in recent years, Allied Building Products has continued to both consolidate its presence in large markets and expand into new ones – especially in highly populated coastal areas or chillier climates where weathering or storms create more demand for repairs and renovations.

Helping in hurricanes
“Mother Nature is our friend,” said Lynch, in explaining that Allied Building Products tends to be a large presence on East and West Coasts but – at least for now – doesn’t have a strong presence in the south central United States. The ’04 year-end roster of 124 branches in 27 states even includes Alaska and Hawaii.

Sometimes Allied’s work involves responding to natural disasters. The company kept very busy servicing contractors after a major Colorado hailstorm this spring, while after four hurricanes devastated Florida in the summer of 2004, Allied’s five centers in the Sunshine State were able to somehow meet skyrocketing demand for materials.

Like many large building supply companies, Allied Building Products rose from fairly humble origins. Launched in Jersey City, N.J., in 1950 by the Smilowitz family, Allied was primarily a sheet metal fabricator and roofing distributor in its early years. In those days, five employees ran the operation out of a 700-square-foot office, while two trucks hauled materials to contractors from the company’s 5,000-square-foot warehouse.

By the 1980s, a longtime employee named Bob Feury had become the CEO of Allied Building Products, and he embarked upon a lengthy period of expansion – first in the New York metropolitan area, and then in other large urban areas. Lynch said that a key to Feury’s strategy was to focus on consolidation and to build a strong presence in select markets. By 1994 the company had grown to about $400 million in annual sales.

In 1996, Allied Building Products was acquired by Oldcastle, Inc., which is the North American arm of CRH plc., the Irish-based international building materials company. Lynch was one of just two Oldcastle employees when the unit set up shop in America in 1978. Today, Oldcastle is an $8 billion-a-year business with 35,000 employees here.

Since Oldcastle is a leading manufacturer of building products and Allied Building Products is a top distributor, the two seemed a natural fit. However, Lynch explained that Allied is an independent distributor to specialist contractor groups (residential roofers, commercial roofers, siding applicators, interior contractors, etc.) and these are not significant markets for the products Old castle manufactures. Lynch pointed that “Allied looked like a good business in its own right, and it looked like a growth platform for CRH.”

Acquisition spree
Lynch also noted that “Allied is in an industry that is fragmented and consolidating, and Oldcastle favors businesses like that.

That’s because Oldcastle has the financial firepower to help them grow.” In fact, the sales of Allied Building Supplies tripled in just nine years. “One of Oldcastle’s strong suits is doing acquisitions of small to medium building supply companies,” Lynch explained. As a result, much of its growth has come through the purchase of other distributorships.

For example, in late 2003 Allied purchased selected assets of BASS Supply, a two-branch distributor of roofing, siding and window products based in greater Philadelphia with annual sales of $8 million. With 90-plus percent of its sales to the residential sector and a high dependence on repair, maintenance and improvement, the acquisition increased Allied’s branch network in Philadelphia to seven, making it a good geographic fit. Last August, it purchased Boston’s Metro Siding and Roofing Distributors, giving the company an increased presence in Boston, where harsh winter weather drives the repair market. For a change of pace Allied acquired GW Killebrew, the leading interior products distributor in Hawaii, in January ’04.

Lynch said that, while the company wants to build on its leadership position in exterior supplies, it sees an even larger potential for growth with interior supplies, a category that includes items like wall board, metal studs, acoustical tiles, and the like. He noted that while Allied Building Products currently sells about $200 million a year in this area, the overall market domestically is $15 billion.

“We’re very upbeat about Allied’s potential for growth,” Lynch said. Part of that is because of the company’s outstanding infrastructure, which includes a state-of-the-art software system as well as highly efficient centralization of administrative costs.

The company is also looking to enhance its product offering. Increasing demand for tapered insulation boards to accommodate drainage designs on low-slope roofs led Allied to open three advanced tapered design centers, located in Phoenix, West Allis, Wis., and East Rutherford, N.J. When a low slope roof design calls for a slope-to-drain system, architects, contractors and even building owners can now call 888-TDC-ROOF, and Allied will not only design the system, but also provide roof-loading diagrams and laminated shop drawings.

But the company truly succeeds by remaining close its customers. When Sweeney & Harkin Carpentry and Dry Wall Corp. of Long Island, New York, a long-time Allied customer, lost two employees at the World Trade Center on Sept. 11, 2001, Allied’s employees chipped in $12,000 to pay for the future education of their children. Allied, its customers, and its employees contributed a further $60,000 to other 9/11-related causes.

“Our industry is far from cutting edge when it comes to technology. By the nature of their work few small contractors are techies,” said Lynch. “The key is to use our technology and other strengths to make our customers’ lives easier, by delivering what was ordered to the correct job site at the required time, and by billing the order correctly.”

Lynch believes that execution of these fundamentals will fuel Allied’s growth in the 21st Century.