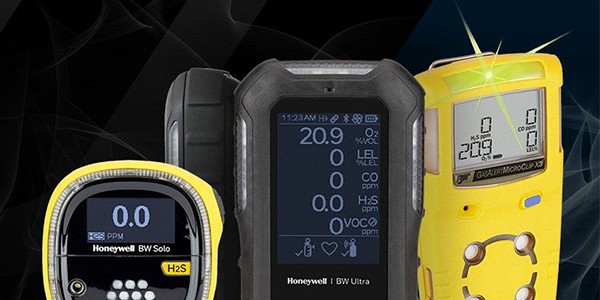 How many people can say: “When we get an order, we treat it as though we are potentially saving a life”? Kevin Meyers, vice president of operations for BW Technologies, can because that’s exactly what BW does. The company entered this marketplace in 1987 with the world’s first solar-powered, wireless system to detect hydrogen sulfide. This invention was targeted to protect people working at or near oil wells, and initiated BW’s reputation as an innovator in gas detection. Since that time, the company has furnished thousands of different companies with safety instrumentation that is portable, fixed or stand-alone.

Determined to become a world leader in this multimillion-dollar marketplace, BW has continually improved its ways of doing business. BW has grown from a $3 million-a-year operation to more than $18 million in only the past half-dozen years. This 424 percent growth has led to the launch of more than 15 new products, all built to protect working personnel against the hazards of potentially life-threatening gases.

BW continually strives to improve on existing technology and create solutions for industries that span mining to marine. (Last year, BW dedicated nearly $2 million to research and development.) When the U.S. Coast Guard was looking to equip its below-deck personnel with oxygen monitors, BW introduced a new single-gas detector, the Toxyclip, which operates for 365 days without maintenance of any kind. In addition, this new detector was as small as a pager and equipped with a micro-controller, features that were unheard of at the time. Its internal circuitry was programmed to automatically turn the instrument off, so it would not operate beyond its guaranteed life expectancy. The U.S. Coast Guard has been protecting its personnel with the Toxyclip for four consecutive years.

“Listening to the customer to know what is needed in the marketplace makes us able to respond quickly and provide exactly what is required,” says Barry Moore, vice president of product development. “The technology in this original (Toxyclip) has been improved and expanded to new instruments: a 90-day model for short-term contractors or site visitors, two-year models for toxic gases as well as multigas instruments that simultaneously monitor for oxygen, carbon monoxide, hydrogen sulfide and explosive gases. We continue to improve on the features and capabilities to make our instruments more responsive, more reliable and closer to what different markets require.”

Designing a good product is not the same as manufacturing that product or meeting manufacturing demands from sales. BW knew it needed qualified expertise to grow the operations division of the company and brought Kevin Meyers on board in September 1999. “We put several systems and procedures in place to enable the company to grow to even higher levels,” says Meyers, a 10-year veteran of larger manufacturing firms. The company implemented of a new ERP package, introduced bar coding to the shop floor and installed an inventory-management carousel system – which provides immediate parts retrieval and which has reduced inventory storage from 3,000 square feet to 850 square feet. Thanks in part to these changes, BW has now achieved ISO 9001 certification.

From incoming inspection of components through production to shipping products to customers, BW maintains the highest quality standards. Throughout BW, every department participates in monthly quality audits. Company staff handles all trouble calls and immediately responds with corrective actions. “Achieving ISO 9001 is easy to get. It’s a lot harder to maintain,” says Meyers.

In addition, Meyers notes that putting structures in place and empowering his staff by giving them responsibility for day-to-day decisions has made a noticeable difference.
He tells the supervisors, “Run this like it’s your own business and if it makes sense, do it.”

In 1998, Fluke Corporation of Everett, Wash. – a $400 US million manufacturer of electronic test tools – invited competitors to outline ideas for a carbon monoxide probe that would tie into its highly respected metering and measurement instruments. BW rose to the challenge by building a working prototype complete with Fluke’s corporate colors. In only three weeks’ time, BW won the competition for the original-equipment-manufactured (OEM) product and today, BW has a $1 million standing order for Fluke’s CO-210, CO-220 and CO-205 products.

Other contracts from recent history include designing and manufacturing a custom system for the Eurotunnel, the train tunnel connecting England to France below the English Channel (also at times referred to as the “Chunnel”). This system detects nitric oxide, nitrogen dioxide and carbon monoxide, and is used when the maintenance diesel engines are running through the Chunnel.

Responding to another request from a sector that BW had no prior experience in – the gas analyzing market – the company beat out nine of the 10 competitors with its GasProbe, a multigas detector that helps to determine furnace efficiency by measuring temperature and pressure. The first order for 1,200 GasProbes came from Heating Replacement Parts and Controls of England.

Business has not always been so vigorous. When the oil and gas recession hit in the early 1990s, BW, highly dependent on this industry like many companies at that time, suffered losses. But the company restructured, diversified and expanded its customer base to regain a foothold and go forward. Today, BW manufactures all of its instruments in its 22,000 square-foot headquarters, and employs 110 people worldwide in its offices in Calgary, Alberta, Grand Prairie, Texas, and Oxfordshire, the United Kingdom.

The philosophy at BW is to make products that are smaller, smarter and more cost-effective. “It’s like cell phones,” says Bryan Bates, the company’s executive vice president based in BW Technologies America, a branch office that opened earlier this year. “Years ago, they were big and heavy with poor reception. Today, they’re compact, multifunctional and small enough to fit in the palm of your hand. At BW, we’re making gas detectors user-friendly, compact and filled with features the customers are asking for, all at a lower price than our competitors.”

BW’s in-house industrial design group ergonomically engineers each new instrument to be easy to use and manufacture. The company designed its newest fixed or hard-wired products with fast response speeds, zero or low maintenance and simple installation requirements. Among these is the GasPoint system, designed to protect against toxic and explosive gases in industrial facilities and now being used in one of the world’s largest oil sands projects. This system provides a 4-20 milliampere output signal that can be connected to any control system. Its advanced sensor technology and micro-controller-based operations provide continuous monitoring of hydrogen sulfide, carbon monoxide or combustible gases. Other features include: internal alarm relays, transmitter status, large and backlit liquid-crystal-display readouts, diagnostics and simple calibration.

The new four-channel controller, and the more compact Rig Rat Jr., are all leading the way for other manufacturers to make complex instruments simpler to use and easier to install.

The future looks bright for BW as it continues to expand, to tend to its growing customer base and to provide creative products for corporations around the world. BW attributes its success to the people behind each gas-detection device – “powered by the strength of our people,” according to the company. With product demand and human resources growing, future plans are to move into a new 32,000 square-foot facility by the fall of 2001. No doubt, BW Technologies will continue to push the envelope on creating innovative solutions that will make the world a safer place.