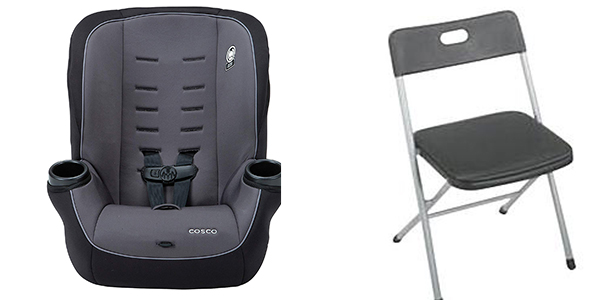 Most people don’t think about infant car seats until they have to. But while they’re driving, there’s little else that they do think about. Luckily, Cosco engineers and product managers have developed infant car seats unrivaled in quality and safety. That’s just one example of what Cosco does, which is to anticipate not only the need for products in specific markets, but also to design innovative, customized solutions that set standards across industries.

The company began in 1935 in a small machine shop in Columbus, Ind., when B.F. Hamilton and his three sons started making metal matchboxes for large strike-anywhere matches. It has since grown to become the No. 1 supplier of strollers (in units), the No. 1 producer of auto boosters and, as of last year, the No. 1 manufacturer of car seats.

“The first event that led to the development of what Cosco has become today was the introduction of its first all-steel step stool in 1944,” says Carol Dingledy, manager of corporate communications. “Five years later, Cosco entered the juvenile market with the first all-metal high chair. Last year, 1999, marked Cosco’s 50th anniversary as a juvenile products manufacturer.”

The purchase of Cosco by Dorel Industries, Inc. in 1988 allowed Cosco to team up with another worldwide company marketing a similar ombination of products, strengthening the position of both in what continues to be an increasingly global market. Dorel is currently traded on the Montreal and Toronto Stock Exchanges under the symbols DII.A and DII.B; it’s also on the NASDAQ Exchange under the symbol DIIBF.

Passing the Test
All infant car seats must meet Federal Motor Vehicle Safety Standard 213, which covers such features as buckle release pressure, flammability and labeling. One of the most significant aspects of this standard is the requirement for “crash” testing, during which a dummy is fastened in a properly secured car seat that is subjected to a simulated, 30 miles-per-hour head-on crash. Strict limits are set on how far forward the dummy’s head and legs can move, maximum G forces, and measurements for potential head injury.

“Certification tests are run at government-contracted test facilities, but Cosco is unique in that it has its own high-tech crash test facility,” says Dingledy. “This allows Cosco to more regularly test its car seats for quality control, and provides extra assurance for consumers.”

Because all states re-quire car seats for infants, the largest car seat market is expectant families. Currently, there is also an effort to keep children in car seats longer; the adult seat belts don’t usually work very well for kids and so they need to be in auto boosters, which help reposition the adult belt system properly. All car seats meet the same tough government standard, so product features (along with fashion) are very important.

“It is certainly a departure from Disney and Barney,” says Paul Berney, marketing vice president of Cosco. “We think it adds a new dimension to our product categories – it’s a first for the juvenile industry.”

Cosco has become a dominant factor in the car seat market in the past couple of years for several reasons. The award-winning Alpha Omega car seat converts for use by children from 5 to 80 pounds, taking them completely through the car seat years with one product. The High Back booster used with an internal harness for toddlers of 22 to 40 pounds and as a belt-positioning booster for children from 30 to 80 pounds filled a real need in the marketplace and was one of the most successful car seat introductions ever. Licensed car seats (such as Eddie Bauer and Dale Earnhardt) have also been extremely well received.

“Safety concerns about children’s products are addressed through both mandatory and voluntary standards developed with input from government and industry representatives and the public,” says Dingledy. “Cosco works with the agencies involved to help develop and improve standards that cover everything from car seats to play yards to cribs.”

Stepping Up
Cosco is also the world’s largest commercial and household step-stool manufacturer, as well as a major manufacturer of other home furnishings products including folding tables and sets, banquet tables, multipurpose tables and folding chairs. The step-stool market includes virtually every home and office in the country. In addition to designing step stools to meet particular needs (such as the World’s Greatest Step Stool for the do-it-yourself market and the kitchen step stool for the home), Cosco works with major retailers and selected partners on special promotions and cross-marketing.

“Cosco has an outstanding line of step stools to cover just about every household need,” says Dingledy. “We continue to innovate in this category to provide consumers with the selection
of products they need to get the job done.”

The World’s Greatest Step Stool is perfect for painting, wallpapering, and van washing. The deluxe molded utility tray with two drawers holds the tools for the job. It even has a paper towel holder for quick clean-ups. “Cosco is committed to producing the best products it can, emphasizing quality, features and fashion,” says Dingledy. “As a 65-year-old company, Cosco has a wealth of experience on which to draw in order to provide consumers with useful products that are a good value.” 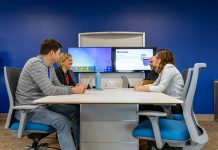 What to Consider When Renewing Your Business Insurance 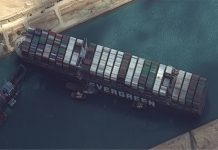