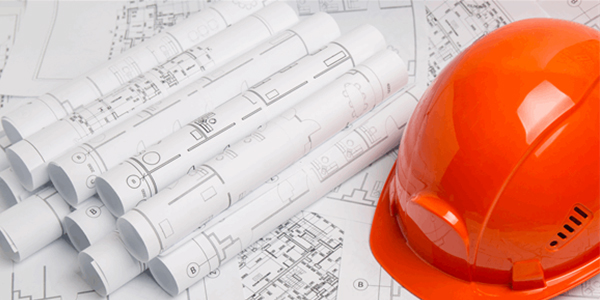 Working for the benefit of society is a hefty mission; it implies endurance, initiative and a clear strategy in attempting to positively impact quality of life. As environmentalists and lawmakers worldwide – under The Montreal Protocol on Substances That Deplete the Ozone Layer (1987) – identified the use of CFCs (chlorofluorocarbons) within the last three decades as having a detrimental effect on the earth’s ozone layer – many chemical companies have tried to offer alternatives. But few have graduated to the level now occupied by INEOS Fluor, which leads the world on many fronts in the production of CFC alternatives.

And knowing that its place in this industry is governed by a strict adherence to quality initiatives, INEOS Fluor has gone to lengths to ensure its state-of-the-art facilities are safe, both environmentally and logistically, garnering top honors such as ISO 9002 and QS 9000 certification (it expects to receive the new environmental certification, ISO 14001, by November, 2002). Having acquired ICI Klea at the beginning of 2001, the first company to manufacture HFC (hydrofluorocarbon)134a – an alternative to CFCs in refrigeration and mobile air-conditioning – INEOS continues to build on a number of quality awards, including the GM Supplier of the Year three times as well as a similar award from Subaru/Isuzu. The company was named by Fridgidaire as a preferred supplier and received the EPA’s Stratospheric Ozone Protection Award in 1992. In 1997, it received the EPA’s Best of the Best award for pioneering work in mobile air-conditioning retrofit. Americas Commercial Director Peter Geosits explains. “We did a lot of work to prove that the retrofit of vehicles containing CFCs was a viable option for car owners. We worked with industry associations like the Mobile Air Conditioning Society Worldwide™ (MACS) to help their members implement vehicle retrofit programs across the country.”

INEOS Fluor continues to build on these distinctions as a world-leading specialties business built on expertise and innovation in fluorine chemistry and focused on the manufacture and supply of fluorine-based products, technologies and services across industries such as pharmaceuticals, refrigeration, automotive, flavors and fragrances.

INEOS Fluor products are integral to many aspects of modern life. They are used in:
• refrigerants, to keep food fresh and safe, to protect blood supplies and biomedical stores, and in air-conditioning;
• medical propellants, to help millions of asthma patients breathe more easily;
• anesthetics, to ensure the safe and reliable use in surgical procedures;
• Innovative extraction technology to produce natural extracts for perfumes, foods and personal care products, and,
• fluorinated intermediate chemicals, to make advanced coatings used in applications from cookware to aerospace.

Refrigerants
“Our core business is refrigeration; it is the basis for our business in the United States,” says Geosits. The company’s plant in Louisiana, he adds, came about because of increased demand for alternatives to CFCs following The Montreal Protocol on Substances that Deplete the Ozone Layer. In particular, notes Geosits, it was critical that an efficient alternative be devised for the refrigeration industry. INEOS worked closely with leading manufacturers on the transition and now is the world’s leading supplier of an alternative compound (hydrofluorocarbon 134a) which it markets under the name KLEA® 134a. With plants also in Japan and the UK, INEOS is uniquely qualified to supply the global market and has become the world’s leading producer of 134a.

KLEA 134a is a colorless, odorless, liquefied gas that has the ideal properties for use as a refrigerant. As the first replacement for traditional CFCs KLEA 134a has become the established refrigerant in automotive air-conditioning, commercial chillers, heat pumps and refrigeration systems. Along with KLEA 134a and other HFCs, INEOS Fluor supplies a range of refrigerants covering the spectrum of temperature profiles and physical characteristics demanded by refrigeration and air-conditioning equipment.

Hydrochlorofluorocarbon 22 (HCFC 22) chlorodifluoromethane is sold into the refrigeration sector under the brand ARCTON™ 22, providing an important interim replacement for CFCs in general refrigeration and air-conditioning applications.

In many applications, HFCs are the best refrigerants available. They combine safety in use with excellent energy efficiency, cost effectiveness and technical performance, Geosits explains. Possessing a unique combination of properties, INEOS Fluor’s HFC products have become the refrigerant of choice for many in the refrigeration and air-conditioning industry.

INEOS Fluor fully endorses “Responsible Refrigeration” – minimizing the safety, health and environmental impact of refrigeration systems through good system design, maintenance and service of equipment, training of designers and engineers and through recovery and recycling.

Medical products
INEOS Fluor is the world leader in medical propellants and has many years’ experience operating to the highest current “Good Manufacturing Practice” (cGMP) standards, which specifically govern products developed for the pharmaceutical industry.

The company’s production of pharmaceutical-grade HFA 134a, sold as ZEPHEX® 134a began at its United Kingdom facility in 1995; this is the only dedicated plant of its kind in the world. Recently, the company has added a complementary propellant, HFA 227ea (ZEPHEX 227ea) to its range of medical products, manufactured under a joint venture agreement in the United States. Pharmaceutical companies around the world use these high purity products as the propellants in medical aerosols, such as those used to treat sufferers of asthma and other lung diseases (these are known in the pharmaceutical industry as hydrofluoroalkanes or HFAs).

“There are 50 million people with asthma and bronchitis that rely on metered dose inhalers,” explains Geosits. “Previously CFCs were used as propellant in metered dose inhalers. Because of their ban we offered an alternative propellant.” Many inhalers, he adds, are still being manufactured with CFCs due to “essential use” designations under the Montreal Protocol and Clean Air Act. “But major manufacturers worldwide are making the transition to HFA propellants,” he adds, which means the company’s ZEPHEX® brand for this market has gained in use, especially with the FDA’s recent approval of inhalers using ZEPHEX 134a. “At this point the market is growing as the use of CFCs is shrinking,” Geosits adds. ZEPHEX HFA Medical Propellants are the choice for almost 90 percent of current worldwide HFA 134a use in metered dose inhalers.

Intermediates
The company also manufactures high purity, fluorinated feedstock chemicals known as intermediates that are key inputs into a number of important manufacturing processes; these products include: HCFC 22 (chlorodifluoromethane) for use in pharmaceuticals and the manufacture of fluoropolymers, such as non stick cookware and breathable fabrics, and HCFC 133a (hydrochlorofluorocarbon 133a), used as an intermediate in the production of products such as anesthetics. Hydrogen fluoride, also known as hydrofluoric acid, is the fundamental building block for the fluorochemicals industry and forms the basis of a vast range of industrial, pharmaceutical and fine chemical products.

Extraction
In addition to refrigerants and medical propellants for inhalers, INEOS Fluor is at the forefront of extraction technology, improving our aesthetic environment as well. Using the unique properties presented by KLEA 134a, INEOS Fluor’s proprietary technology enables highly selected extraction of natural active compounds, such as flavors and fragrances, delivering concentrated high-yield extracts of the highest quality. Examples of these natural extracts include vanilla, coffee, cocoa, ginger, cinnamon, black pepper, lemongrass, citrus oil, basil, rose and jasmine. Working with many leading flavor and fragrance houses INEOS Fluor produces extracts that are incredibly consistent. The resulting products have a high intensity flavor or fragrance profile and can have longer shelf life due to the extraction of natural antioxidant components.

The company’s XENTIA™ extraction process is providing flavor and fragrance houses with products and services that are unique in this market.

Leaders in technology, INEOS Fluor has not only provided the world’s first leading 134a process, it also has provided the platform for growth and diversification into new and innovative products. The INEOS Fluor technical team has received international acclaim for its leading edge achievements, including the prestigious McRobert and Kirkpatrick awards for technical innovation.

Above all, the company considers health and safety, the conservation of resources and energy and the minimization of waste in the design and operation of its processes to be of utmost importance. Safety is not just a term but a whole guiding philosophy behind its production operations; as an environmental steward, INEOS Fluor not only helps the world by supplying a range of products to replace CFCs but also adheres to environmental safety in its own facilities. Recently, INEOS Fluor constructed a new treatment facility in the U.K. that has cut emissions of global warming gases by more than 90 percent. The investment immediately reduced the U.K.’s total annual manmade greenhouse emissions by 3 percent and has been praised by both local and national government.

INEOS as a group of companies has grown to a $5 billion worldwide international producer of chemicals and intermediates not by accident. Such growth has been the result of careful, strategic planning, comments Geosits. “Our philosophy and profiles for acquisition are extremely sound,” he says. “We always look for world-class production facilities with experienced management and a leading market position.’ Such a philosophy has led to the company acquiring the extensions of giants such as DuPont, Dow and Unilever. “The pedigree of companies acquired is always very high,” adds Geosits, “and the result is that we lead the market.”