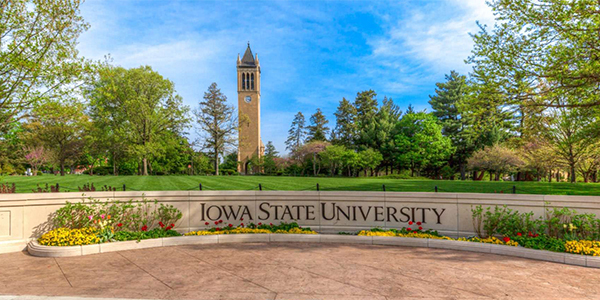 Global demand for seafood is projected to increase 70 percent in the next 30 years. Since commercial capture fisheries are at best stable, aquaculture, sometimes referred to as fish farming, is projected to become a critical source of seafood for the consuming public in the world, including the United States.

The U.S. imports more than 40 percent of its edible fish and shellfish and, after Japan, is the world’s second largest importer of seafood. Fisheries imports are the largest contributor to the U.S. trade deficit among agricultural products. The value of imported fisheries products increased 78 percent during the 10-year period 1994 to 2003 and reached an all-time record high of $21.3 billion in 2003 ($11.1 billion for edible products, or 52.1 percent and $10.2 billion for nonedible products – 47.9 percent). The trade deficit in 2003 was $9.285 billion for all fisheries products; $7.829 billion of which was for edible fish and shellfish.

In 2002 total world value for aquaculture was about $60 billion with China, accounting for almost $33 billion or almost 55 percent of the total (data from the United Nation’s Food and Agricultural Organization). The U.S. produced 0.497 million metric tons; less than 1 percent of the total. Even though minor in a global context, U.S. aquaculture is still an important industry, having a farm-gate value of $866 million in 2002 and an estimated overall total economic value of $5.6 billion. It provides 181,000 full-time jobs and has at times (particularly in the 1980s) been one of the fastest growing sectors of U.S. agriculture.

American seafood consumption has increased for the third year since 2004; Americans consumed a record 16.6 pounds of fish and shellfish per capita according to National Oceanic & Atmospheric Administration – U.S. Department of Commerce (NOAA). Of the 16.6 pounds, a record 11.8 pounds were fresh and frozen finfish.

Catfish clearly dominates U.S. production; its culture is principally located in the southern U.S., with the state of Mississippi being the largest producer. In 2002, the farm gate value for catfish was $358 million. This represented 41.3 percent of the U.S. total. The “other” category, which includes tilapia, clams, mussels, saltwater shrimp, ornamental/tropical fish, alligators, algae, aquatic plants, eels, scallops, crabs, and others, had a farm-gate value in 2002 of $244 million or 28.25 percent of the U.S. total value. Trout had the next highest value at $58.3 million or 6.7 percent of the total, followed closely by oysters with a farm gate value of $53.5 million (6.2 percent) and crawfish at $50.4 million (5.8 percent).

The U.S. Congress through passage of federal legislation dating back to 1980 has stressed the importance of a strong domestic aquaculture industry to increase U.S. production of fish and shellfish; reduce dependence on foreign suppliers (by closing the gap in the trade deficit) and benefit rural America by the development of alternative agricultural crops and creation of new jobs.

The mission of the RACs is to support aquaculture research, development, demonstration, and extension education to enhance viable and profitable U.S. aquaculture, which will benefit consumers, producers, service industries, and the American economy. Key features of the RACs are that all projects are responsive to the needs of the aquaculture industry and are designed to impact commercial development. The programs are also organized to take advantage of the best aquaculture science, education skills, and facilities to achieve region-wide cooperation and all projects are peer-reviewed for technical and industrial merit. Benefits of the RAC program are: process is industry driven; all decision-making is from the bottom-up; project development is deliberative; projects typically leverage funds far in excess of RAC funding and duplication of effort is avoided.

Each Regional Center bears a specific impact on the industry. In NRAC, researchers have developed a rapid method for diagnosing a devastating oyster disease as well as establishing diets and culture practices for black sea bass, a potential new aquaculture species. NCRAC has been a leader in coordinating aquaculture drug approval as well as producing critical information needed for the development and expansion of a highly desirable and sought after food-fish: yellow perch.

Projects funded by SRAC have improved catfish diets resulting in $1.8 million savings annually in feed costs as well as improving harvesting methods for these fish. White sturgeon captive brood stock development and caviar processing has been possible through WRAC-funded projects. This production of caviar is from a sustainable resource, as opposed to caviar from threatened/endangered wild sturgeon. Results from CTSA projects have allowed for the export of disease-free shrimp brood stock from the Hawaiian Islands as well as for the culture of specific marine invertebrates. Overall, the

RAC program has made a significant contribution to U.S. aquaculture, enabling its continued development respective of regional differences.