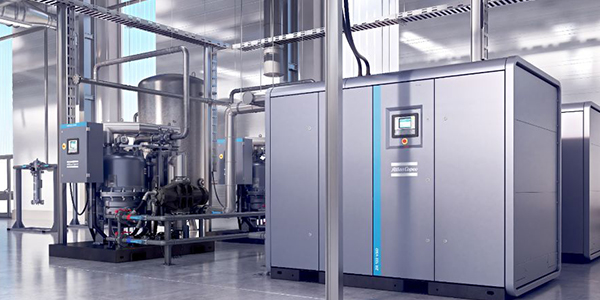 Philip Bua believes that when a vehicle leaves the manufacturing floor, every nut and bolt should be accounted for. That is to say, from a fastening standpoint, nothing should be left un-tightened or missing. In the past, the lack of this assuredness might have left some unhinged because of the probability of human error but the world has changed, and Atlas Copco is leading the way in the manufacture of industrial fastening equipment covering the vast array of fastening applications found in manufacturing today Atlas Copco, founded in 1873, is a global, $6.07 billion company with about 26,000 employees. The group manufactures products on 53 production sites in 15 countries on five continents and has sales, service and rental operations in 150 countries.

Fastening expertise
Bua, who is the critical fastening marketing manager in the company’s industrial tool division, can speak volumes on all aspects of Atlas Copco’s product line when it comes to fastening things securely and without error, a crucial thing in an automotive assembly plant where the nuts and bolts of manufacturing need to be firmly in place. But this extends to any industry in which it is critical that the assembled components effect function, safety and the overall quality.

The greater portion of assembly today is still done with air tools, but over the last 10 to 15 years the classification of tightening operations into categories such as safety critical, quality critical and all other such categories, necessitates the need for tools with a higher degree of accuracy and functionality, hence electric tools. For example, if you need to tighten four bolts to secure an assembly, you control the torque per fastener, you count the number of correct tightenings per assembly, provide feedback to the operator and the assembly line. If one or more is not correct, the system rejects the assembly and so on. Here you have the basis for error proofing.

The controller that drives the tools, he explains, is in the form of a computer, which brings to the process more exacting measurements and control. When using an airtool typically there is no intelligence built into the tool: it operates as either a tool that stalls when the torque is reached or it may have a clutch which is set to shut the tool off when the set point is achieved. However the whole fastening process is pretty much subject to operator influence, Bua explains, with a range of variables such as, what happens when the operator lets go of the tool too early?

“The electric tool is programmed to register a certain character for good tightening and it also provides feedback to the computer,” Bua says. “The tool controls the task. It will give a green signal to the operator; if he doesn’t get the green lamp, it doesn’t pass, and the vehicle or component won’t be given the go-ahead. It allows customers great flexibility.”

Getting the right tense
The fastening industry produces products that are ubiquitous, yet nonetheless critical to a range of applications. According to industry statistics, more than 200 billion industrial fasteners, including nuts, bolts, screws, washers, rivets, etc., are used in the U.S. every year, 26 billion in the automotive industry alone. While the auto industry consumes about 42 percent of the industrial fasteners used in the country, industrial products account for about 44 percent of consumption, reports the U.S. Department of Commerce. The third biggest fastener consumer is the aerospace/defense industry, which is responsible for about 14 percent of consumption.

It’s no wonder then that the roughly $7.5 billion U.S. fastener industry is closely linked to the manufacture of cars, aircraft, appliances, and construction and agricultural machinery and equipment. It is also affected by the construction of commercial buildings and infrastructure

To support applications and components used in these industries, as well as ensure the level functioning of tools in heavy industry environments, Atlas Copco manufactures and markets several well-known tools, including its series of Tensor nutrunners, which have been used in the automotive industry since the mid 1980s. These are known for having the highest productivity and reliability levels in the automotive industry as well as areas of other high volume production.

Its Tensor products, over the last 10 years, have been the leading transducerised hand-held nutrunners in the market. Atlas Copco also enhanced by a non-transducerised version, the Tensor DS, which uses the unique Digitork control algorithm, and covers non-safety critical applications. Both versions are available in torque range spanning from 1 Nm to 4000 Nm in pistol grip, inline or right angle configuration to cover all application needs.

Tensor is part of a complete fastening system that comprises a tool, controller, software and cable. Benefits include error proofing functionality and increased productivity through superior performance and enhanced ergonomics In addition, one Tensor tool can replace several conventional tools.

“These tools have small, powerful motors, and generate a lot of horsepower. There’s a lot of intelligence built into the tool,” Bua says, adding, “Tensor S revolutionized the market, offering a smaller, lighter, faster, modular, than anything else, Tensor S was a quantum leap. Everything since has been copied. Our latest series the Tensor ST moved the bar even higher.”

Working in tandem with the Tensor line is the Power Focus 3100, Atlas Copco’s latest generation of advanced control systems for tightening. The company offers two Power Focus 3100 models, all with the capability to power and control every Tensor type spindle produced. One unique feature is the patented Atlas Copco RBU (Rapid Backup Unit). This device serves many functions such as unlocking the functionality of the system in accordance to the revision the customer purchases. Where a customer has a well-defined protocol it enables Atlas Copco to configure the RBU specific to the customer’s needs. This in turn simplifies the integration of the product to the assembly line. The unit also stores the system’s configuration settings so in the event of a PF3100 failure, the operator simply gets another controller to fit the RBU into, powers up the system, answers a few simple prompts on the screen of the controller and the unit is up and running again, saving on down time.

In addition, the company produces the ACTA 3000, which enables operators to perform a full range of functions, from simple torque checks to advanced graphic tightening analysis. Together with the Tools Talk ACTA software, the ACTA 3000 offers a complete quality management system that will automatically provide information when the tools are due for calibration. With ACTA 3000 it’s possible to have all tools, the tightening database and supplier database organized all in one place.

“We offer many benefits from an ergonomics perspective,” Bua stresses. “While there are inherent advantages with electric products when it comes to fulfilling high standards of tightening integrity” you can also dial the tool in to provide the best ergonomic settings to minimize torque reaction from the tightening process. Other benefits include low noise, typically 55 to 65 decibels as, say, compared to air tools at 80 to 95 decibels. There’s also no exhaust air to deal with, which means no oil mist, which makes for a better working environment”

Meeting worldwide needs
Atlas Copco maintains over 50 customers centers globally and application centers strategically placed in Essen Germany, Detroit USA, Shanghai China and Sao Paolo Brazil, which are specialized on managing national and cross border projects with large volumes of tools, customer specific needs and/or high tech solutions. They are in charge of design, production and testing of the assembly systems and the local sales organization is responsible for installation, start-up, training and service. ISO: 9000 certified, the company conducts continuous improvement programs to guarantee that its products and services are sound and effective at all levels.

In addition, the company that has revolutionized the industry also places a high priority on research and development, reinvesting a significant amount – between 5 ? to 6 percent – back into product development. “One of our goals is to continually come out with new products,” Bua stresses. “If you look at our current catalog, typically greater than 50 percent of those products are three years and younger. We try to be cutting edge to improve the customer’s environment.

“We’re a global player,” Bua adds, “so we’re there wherever you need us.”