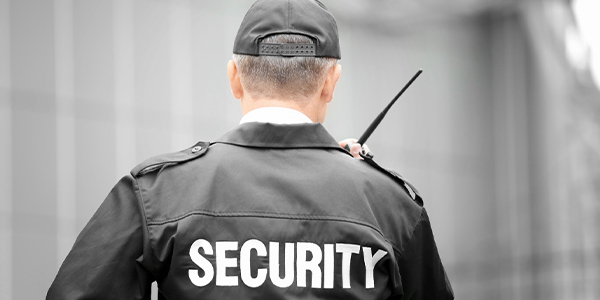 Murray Guard, Inc., has grown in nearly 40 years into one of the Sunbelt’s largest private security firms, with a workforce of more than 2,500 and staffers in every setting from small banks to large military installations.

Just don’t expect Murray Guard to give you a lot of detail about everything it does. That’s because one of the main factors fueling the growth of this Tennessee-based company has been its specialty in protecting some of the most sensitive government compounds, a role that has become even more important in the wake of the Sept. 11, 2001, terrorist attacks.

Executives at Murray Guard will politely demur when asked for the names or more detail about some of the government or classified facilities where they do security work.

Since 1977, the company has provided uninterrupted security at a Category 1 Nuclear Facility that processes high enriched uranium, (HEU), for the United States Navy. This facility is licensed to operate and is regulated by both the U.S. Department of Energy and the U.S. Nuclear Regulatory Commission.

Since 2001, the company, which is headquartered in Jackson, Tenn., has seen its work greatly expand at private companies with a potential exposure to terrorism, as concern grows about businesses like the American chemical industry, which is heavily concentrated in the South.

Securing the homeland
“It’s been across the board, but we really see the premium going up in certain niches like the chemical industry, which is a growing entity,” said Rocky Acuff, the vice president of operations for Murray Guard. “With the Department of Homeland Security, there is more and more spending on a wider spectrum of clients.”

The company started in 1967, at a time when more and more businesses began to look for private security help. The company was founded by Roger Murray, a prominent attorney in Jackson, Tenn., and a former state legislator. It originally was just a part-time venture for Murray, who is still board chairman of the privately held company, which has grown at a steady pace over its nearly four decades of existence.

“He saw the future of where it was headed,” said Buster Ferguson, the current president of Murray Guard.

One thing that has greatly benefited Murray Guard has been its location in the heart of the southern United States, where the economy has grown steadily during that same era, meaning an expanded need for private security as well. It also has helped that the American South is home to a disproportionate number of government facilities in the area of defense and nuclear power, which have special security needs.

Today, Murray Guard lists both the Nuclear Regulatory Commission and the U.S. Department of Energy on its client roster, as well as the Department of Defense. At the same time, the company has steadily branched out into conventional areas of private security: banks, hospitals, universities and high-rise offices.

“We pretty much cover the whole spectrum out there,” said Ferguson. As Murray Guard has expanded the industry groups that it serves, the company has also extended its geographical reach. Initially the company added new locations in Tennessee, such as the rapidly growing Nashville market, and then into other states.

Today, the company serves customers in Alabama, Arkansas, Georgia, Indiana, Kentucky, Mississippi, Missouri, North and South Carolina, and up into Virginia. Its dozen or so large offices are located in most of the large cities of the South.

Keeping customers
“We’ve been very fortunate with all the industry moving into this part of the country,” said Bruce Burch, the vice president for marketing of Murray Guard. The firm is now one of the top five security companies in the Southeastern region, and executives said the current strategy is to focus on what it does best: working with and retaining its customer base.

“We’re very comfortable in the Southeast and we pride ourselves – and what really gets us going – is our client retention,” explained Ferguson. “Our low rate of attrition is one of the best in the industry.”

Company officials say the reason for Murray Guard’s high-retention rate is that the company works so hard to tailor its services to the individual client, not just at the outside, when it performs a comprehensive assessment of a new client’s security needs, but well into the contract.

Jimmy Exum, the executive vice president, said that its uniformed security guards may be on the Murray Guard payroll, but they usually become valued members of the corporate culture wherever they work. It’s not unusual to find a Murray Guard employee sharing his lunch break with the client’s employees, or listed as the champion of that company’s bowling team.”We strive for relationships with our customers,” said Exum. “We encourage both our employees and our corporate staff to get into service with the companies they do business with. Murray Guard has also established a system of evaluation forms, 800 numbers, and other ways for the client to remain in constant communication about how Murray Guard is doing its job.

Security work is growing increasingly complex since Murray Guard was founded in 1967. The job has evolved from the image of the night watchman to more specialized security work, including monitoring for drug activities or fraudulent activities at the worksite. Today, Murray Guard operates a separate investigative unit that looks into more complicated security problems.

Highly trained
Training has also increased, as the facilities watched by Murray Guard become more sophisticated. At the nuclear facilities that it guards, all security personnel must have high level government clearances prior to assignment and receive training that exceeds that of major law enforcement agencies. Many of these officers are highly trained as tactical response force (TRF) officers.

Murray Guard works closely with the states where it does business, to ensure that all of its employees meet the increasingly complex laws governing the security business, as well as the use of firearms by private guards. Included in the elaborate procedure for hiring and training are background checks that include an extensive, 10-year background check for criminal history as well as a full credit report, drug screening, and psychological profiling if the officer is to be armed.

In addition to its security services, the firm recently branched out with Murray Staffing Solutions LLC, a full-service staffing agency. This branch offers workers, on a temporary or short-term basis, in the fields of assembly, production, clerical, forklift operators, welders, general labor, customer service, janitorial, and inventory.

Murray Guard’s services will surely continue to grow, along with its reach. Said Ferguson: “We try to be pro-active with customers and bring ideas to them, and create working partnerships.”