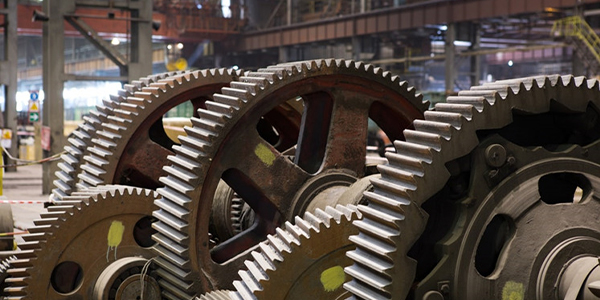 Magal is a member company of a large international group, HIT (Honsel International Technologies). HIT acquired the Brazilian company to position itself as a supply partner in the medium and large-scale production of light metal products made of aluminum and magnesium alloys. Part of HIT’s plan to increasingly develop as a partner with system competence through further refinement of technical expertise has been made possible by its relationship with Magal. Particularly, Magal has helped HIT increase its vertical range of production in the processing and assembly of components.

Magal is a one-factory operation that, since 1989, has been situated in the city of Monte Mor, in the interior of the state of Sao Paulo and close to other industrial centers, like Campinas, Sumare, and Hortolandia. The factory stands on a 316,000 square-meter-property. The actual factory is 23,500 square meters, that is, just 7.5 percent of the total space that is available to Magal. As part of HIT, Magal is associated with companies in France, Germany, and Canada.

ORIGINS AND DEVELOPMENT
The company was originally established in 1951 by two companies and began operating in 1952. The name “Magal” reflects the names of its parent companies, Mahler and Gruber, as well as the material that has characterized it for half a decade: aluminum.

Up until November of 1998, Mercedes Benz of Brazil (currently DaimlerChrysler do Brasil) held 100 percent of Magal’s capital. On this date, DaimlerChrysler undertook a joint venture with a Canadian group that specialized in casting (ACT, Amcan Consolidated Technologies). Later on, in the beginning of 2003, HIT, an even larger European conglomerate, acquired Magal.

Over time, all these transactions have had the effect of solidifying the presence of Magal. Today, among Magal’s clients, one can find AAM, DaimlerChrysler, and Tritec Motors.
Having become a part of HIT in 2003 has had a tremendously positive effect on Magal’s reach as a supplier for the automotive industry. In fact, Magal’s supply routes now extend far beyond the Brazilian borders. In the past few years, the company has been able to solidify its role as a global supplier through HIT. Given that HIT specializes in the development and the production of light-metal products for the automotive sector and that its particular strategic product groups are engine, transmission, suspension, and bodywork, it is very clear why Magal has done so well in the care of HIT.

WHAT MAGAL DOES
At present, when one thinks of Magal, one thinks of a company that is characterized by excellence in engineering and high-pressure casting. Casting is the complex process by which a molten alloy is poured into a mold in order to give the metal a desired shape. Once in the mold, the metal solidifies to take the form of that mold. This procedure allows Magal to produce a casting with a specific range of characteristics.

Light-metal castings of aluminum are manufactured using a number of processes. Magal uses all the main casting processes in order to produce castings with the correct characteristics for the specific application.

The casting process is essential in making sure that the end-product fulfills the specified requirements, from mechanical characteristics to dimensions and surface quality at the most economical price. Today, what distinguishes Magal from other companies is its ample experience in casting large-sized parts, as well as machining and preassembling its products.

In its early days, Magal produced domestic utensils as well as typewriter cases. What really made possible a decisive leap forward was its first contract with an assembler, which happened to be General Motors. The doors of the automotive sector opened wide for Magal. Meanwhile the company continued operating in the markets that had provided its initial success and supplied its “White Line” of parts and pieces for electrodomestics.

In 2002, Magal began operating injection machines with locking force of over 1,000 tons and producing engine brackets, oil pans, and transmission cases and covers through machining. Four years ago, the company had three machining centers. Today, Magal has an astounding 23 machining centers in operation. It also owns the largest pressure injection machine, with 2,800 tons of locking force, in South America.

THE MAGAL DIFFERENCE
During the past few years, a number of new competitors have emerged in Brazil. Because these other companies began supplying parts to the automotive sector also, Magal opted to undertake a new endeavor.

Magal’s strategy then began focusing on the production of larger products, with higher technical complexity and added value, such as parts that were casted and machined and pre-assembled. This meant that, following production, a number of Magal products could be processed further and could be supplied to the fully machined, if so desired. In turn, the new system had a positive effect. By reducing the number of necessary processes, Magal found a way to generate a reduction in costs.

This stratagem served to differentiate the company in comparison with the new competitors that had appeared in the market. In fact, it proved to be highly effective and beneficial for Magal, as the company’s influence in the market continues to increase, as shown by its growth, over the past six years. Since 1999, Magal has quintupled its size. Its average annual rate of growth is approximately 35 percent, and it holds an estimated 40 percent of the market share in its sector.

Today, Magal products continue to distinguish themselves from those of competitors’ in terms of their technical complexity, the size of the parts that it has the capability of producing, the production rate and speed through the use of high-pressure injection machines, and the added value to clients though tests, machining and pre-assembly. Competent engineers of the appropriate fields are available to deal with inquiries on the machining of castings.

CONTINUAL IMPROVEMENT
The continual improvement of Magal is not by mere chance. The company’s history of diligence is evident in the current implementation of programs such as “UPL projects” and “Magal Business Excellence,” which have been created internally with lean manufacturing and Six Sigma support, among others. Magal’s focus on quality and satisfaction also make up a great deal of the company’s history. At present, Magal has TS 16949, OHSAS 18001 and ISO 14001 certificates, all guarantees of quality and systematic production methods that speak highly of the company’s constancy and dependability.

Having come out triumphant from fluctuations big and small by always aiming for steady growth, improved quality, and more sophisticated methods of production, the Brazilian company enters the 21st century hand-in-hand with its fellow American and European HIT member companies. In the challenging and competitive business of casting parts for the automotive sector, this Brazilian company is one outstanding example of success.