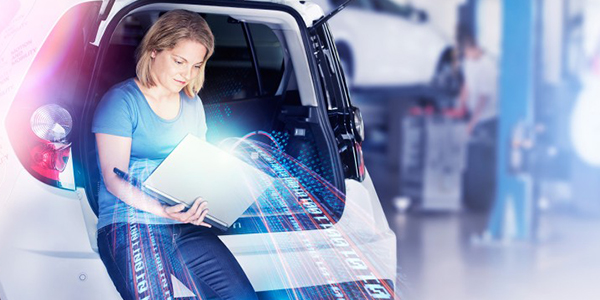 Imagine if you could buy a car with a new type of automatic transmission that had a smooth ride with none of the normal jerks of acceleration of a traditional transmission – and offered 10 percent better fuel mileage to boot.

It seems a product that would be an easy sell. But when it comes to their cars, American consumers are a fussy lot, resistant to change. And so efforts since the 1970s to market the continuously variable transmission, or CVT, here in the U.S. have not met with much success.

But ZF Batavia, an Ohio-based joint venture between the giant German-based auto parts maker ZF Group and America’s Ford Motor Co., is aiming to change that history, as early as this year. That’s when the company plans to begin marketing its new ZF Ecotronic CVT transmission – building on the growing popularity of CVT-type transmissions in European cars.

“Customers want the fuel efficiency, the drivability and the performance, and the CVT offers all three,” says Herbert Mozer, the chief engineer at ZF Batavia facility in Batavia, Ohio. He said the newly developed transmission will be introduced later this year in Europe, where CVTs marketed by Audi and several other rivals have gained customer acceptance.

Born in the energy crisis
Both ZF and Ford are betting that the time for the continuously variable transmission has finally arrived. Mozer says the two companies have invested more than $200 million since the joint venture was officially announced in 1999. The ZF Group owns 51 percent of ZF Batavia, while Ford owns 49 percent. The plant currently has more than 1,300 employees.

The continuously variable transmission was first developed in the mid-1970s, at the height of the energy crisis and the Middle East fuel embargoes. But like any new invention, the original technology behind the first generation of CVTs was suspect and received mostly poor reviews from customers. The first models were bulky and difficult to maintain, and were only available on specially designed vehicles. Later, in the late 1980s, the Suburu Justy marketed a continuously variable transmission with little success. The main reason for the rejection of CVT’s was an unprepared market and a lack of knowledge on the consumer side.

Mozer notes that in rolling out its new models, ZF Group has the benefit of 25 years of experience and research with CVT technology, as well as modern electronics and other highly advanced new technology. For much of the 1990s, the German-based ZF Group – a leading worldwide automotive supplier for driveline and chassis technology and the world’s 15th-largest maker of auto parts – had been working along with its European competitors on new and improved CVTs.

The CVT model that ZF has been marketing, the VT1, has been a popular feature in one of the hottest cars currently on the market, the pint-sized Cooper Mini. One key feature of the VT1 model is the variator – a high-performance steel thrust belt looped around two pairs of double pulleys that transmit the drive output from the engine, essentially offering infinitely variable transmission ratios. But an electric control unit allows the transmission to simulate gear ratios. In fact, drivers of the Cooper Mini can either use a kind of tip shift system in which they still select “gears” or can drive the car like a normal automatic.

Because of the success of the Audi, the Cooper Mini, and several other European-made models, the major automakers in Detroit started looking towards installing CVTs in their own models. In the case of Ford, the leading auto manufacturer decided it would make more sense to partner with a company already manufacturing CVTs than to start its own from scratch.

“The idea behind the joint venture was to bring ZF’s CVT technology with Ford’s high volume manufacturing know-how and market,” says Mozer.

In working with ZF, Ford was able to offer a then-18-year-old transaxle plant in Batavia in southern Ohio for a quick start to the new venture.

Mozer said the biggest different between the type of CVT that’s now installed in the Cooper Mini and the new ZF Ecotronic CVT model is that the newer version uses a torque converter. The torque converter – the device that allows a smooth start and powerful launch – is a popular and familiar feature for American drivers very well known from step automatic transmissions. Other improvements are the result of new computer software and electronics.

One million CVTs
In developing its new transmission line, ZF Batavia realized that public perception was going to determine the ultimate success of the project, and so it arranged a number of customer clinics at which drivers were given an opportunity to offer feedback on several different setups. It also did extensive fleet testing, driving cars as much as 150,000 miles to prove the durability of the new ZF Ecotronic.

Even so, the new transmission will be rolled out first in Europe, where customers are already more familiar with the concept. The ZF Ecotronic will be sold domestically late next year in a couple of 2005 Ford models, its new Chicago-built Ford Five Hundred sedans and another new model, the Freestyle sports wagon.

In future years, the company hopes to introduce the CVT into additional small and medium-sized Ford models, and to market the transmissions to other carmakers as well. The goal of ZF Batavia is to manufacture more than one million transmissions by the end of the decade.

And already, ZF Batavia is looking further into the future. Its engineers are busy at work on a more powerful ZF Ecotronic, a model that will be larger in size and able to handle a greater amount of torque.

“The goal was to transfer the Ford manufacturing ethic here into a standalone company,” Mozer says. “It was a major challenge, but we are ready.”