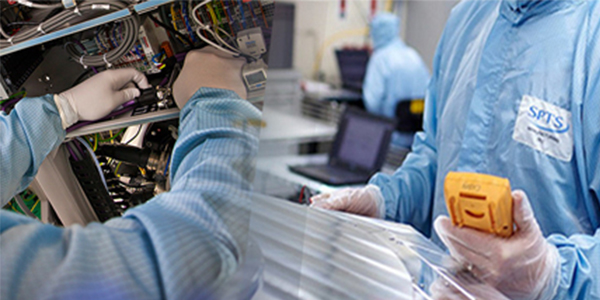 Trikon Technologies of Newport, Wales, is relatively small compared to other global semiconductor industry suppliers. Yet its footprints are as large as its biggest competitors. The company has established this presence through pure, hard knowledge, technological expertise and a dogged dedication to its calling.

Trikon Technologies is noted for its simple and smart solutions to industry challenges, bringing greater reliability and lower cost of ownership to its clients worldwide. The company has underscored its global standing by outdoing the competition with its more personal approach to customer service. For this function, Trikon has offices all over the world — each of which provides its customers, which include the world’s largest manufacturers of semiconductors, with all the post-sale backup they need.

Trikon is a leading global supplier of equipment in three core technologies: chemical vapor deposition (CVD), physical vapor deposition (PVD) and plasma etch. Semiconductor manufacturers use a broad range of processing equipment in the fabrication of integrated circuits to perform a number of complex and repetitive processing steps, including deposition and etch. Deposition is a process in which a film of either electrically insulating (dielectric) or electrically conductive material (e.g., metal) is deposited on the surface of a wafer.

The two principal methods of deposition are CVD, which uses gaseous sources to deposit insulating or conductive thin films on the wafer; and PVD (commonly referred to as “sputtering”), which is used primarily for depositing conductive metals onto the wafer. Photolithography is then used to imprint complex circuit patterns onto the wafer using a layer of light-sensitive polymer material known as photoresist. Once photolithography is completed, the wafer then enters the etch process, in which materials are selectively etched away from areas that are not covered by the photoresist pattern.

The company’s PVD tools are sold under the Sigma® brand. Its Sigma® sputterers, such as the Sigma® fxP™, are among the most efficient and production-proven PVD tools available, with ultrahigh yields and low cost of ownership.

Trikon’s Omega® MORI™ is the world’s most advanced source of plasma etch. MORI™ can etch highly complex designs and structures, permitting the user the freedom to focus on design and the assurance that the product will always be able to deliver. The company’s etchers provide a choice of plasma sources, giving customers total flexibility and control over their manufacturing processes. The products in this group include the Omega® fxP™ and the Omega® 201+.

MRP: the Whole Nine Yards
Bernard Culverhouse, vice president of marketing, says, “The way in which we run our business is one of Trikon’s strengths. It explains how we operate and why people keep coming to us. We’ve gained a lot of market share over the last year or two because of it.” The company underwent a transformation during the early 1990s, under the direction of its chief executive officer, Nigel Wheeler, who helped get the company its ISO 9000 accreditation in the middle of the decade. Wheeler “also put into place the manufacturing protocol of our materials and resource planning (MRP) system, of which there are two variants, MRP1 and MRP2,” says Culverhouse. “All of our materials and resources planning has been driven by MRP2. Customers coming to visit our facility love this because we can show them, down to the last nut and bolt, where our resources are, how long it will take to make a certain component, what its part number is, how many we’ve got and how many we are manufacturing. We can quote them the whole nine yards of every nut and bolt we use and whether we buy it or make it.”

Over the last 18 months, Trikon has been replacing its highly efficient MRP2 system. “We now use a full-blown enterprise resource planning (ERP) system, which also includes a finance protocol,” says Culverhouse. “So we now can tell you not only where the last nut and bolt are that we make, but also what it cost and what our stock holding is — not only in unit terms, but in financial terms as well.” The new ERP system can also show, down to the last dollar, what development programs are currently under way, what their status is and what they are costing Trikon.

Although the benefits of an ERP system are clear in terms of time to market, turnaround time and electronic business applications, this is not the primary reason Trikon chose it. “I think ERP is the business equivalent of GPS. It’s the state of the art in business navigation and allows you to get from A to B without getting shipwrecked,” says Culverhouse. “So this is the real value of using ERP. In a sense, it’s a kind of insurance policy for the customer who can feel safe that you have the best navigation available to them.”

Thanks to these efforts, Trikon now boasts an infrastructure as strong, responsive and efficient as some of the biggest and most respected corporations around the world. “We are now a world-class organization,” Culverhouse says.

Right with Customers
Culverhouse readily acknowledges that the business environment in this industry is “quite turbulent. We are well positioned to move our business ahead, even though we are sailing in choppy waters. But we have the best navigational equipment available. Customers keep coming back to us to place large multiple orders worth tens of millions of dollars, and you don’t have that kind of business unless you are doing something right – and that’s our technology and our infrastructure.”

As further proof of how the company does it right, Trikon recently won the 2000 Supplier of the Year Award from Infineon Technologies, the German-based manufacturer of semiconductors and itself a top-10 industry leader. “It’s an international award we won in the face of competition from the big leagues in both the U.S. and in Japan,” says Culverhouse.

Sensitive to the vagaries of the modern economy, Trikon reduces product risk by spreading its portfolio across several distinct product and market segments. “We don’t rely on one product or one technology, nor on one market with our product portfolio,” says Culverhouse. Trikon’s products all have a level of synergy, as they are all interrelated in their technologies, the market and the platforms supporting them.

Calling to the Future
Trikon operates several worldwide facilities, including its headquarters in the United Kingdom. It employs about 500 people and has about 18 sales and support offices in Japan, Korea, The People’s Republic of China, Singapore, India and Germany. All of its financial operations are based in New York, and Trikon operates two sales and support offices in the heart of Silicon Valley — one in Santa Clara, Calif., and the other in Los Angeles.

Emphasizing how crucial the latter locations are to the Trikon strategy, Culverhouse says, “We are resourcing our new Orange County office more and more, and we are placing more emphasis on the way in which we conduct our business in the U.S. and North America. Our position now is an unusually bullish one.”

Because the semiconductor industry is a growing one with continued future potential, a relatively small player like Trikon can compete successfully with larger contenders. “We are putting a lot of money into the telecommunications segment to make sure we get our full share,” Culverhouse explains. “Because the wireless and telecommunications industries are just beginning to grow, all participants are playing on a level playing field — and we are fully intending to exploit our opportunities there.”