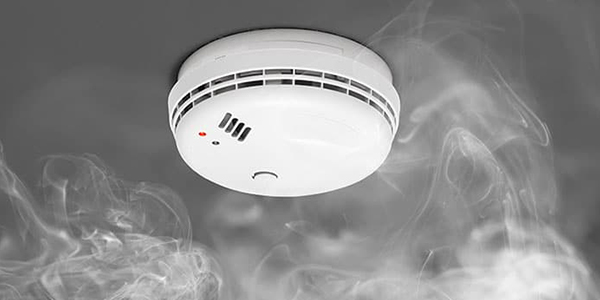 Few people need to be convinced about the crucial value of quality fire-fighting apparatus. Whether authorities have to tackle inner city blazes and urban disasters or fight fires in the wild, the latest technology in emergency vehicles is required to quickly minimize the threat to life and property.

Crimson Fire has been manufacturing fire trucks since the era of horse-drawn wagons in 1896. These days, the fire-fighting equipment made by Crimson Fire is computerized, electrical and controlled by microprocessors. It’s as sophisticated as many fancy cars.

Prominent customers of Crimson include the cities of Chicago, Dallas, Atlanta and Cleveland. And yet one of Crimson’s newest products is a custom-built all-terrain fire truck designed to tackle forest fires in the wild and mountainous terrain of Deadwood in the Black Hills region of South Dakota.

For that project, Crimson was partnered by W.S. Darley & Co., which built a special pump module for the truck.

It is this ability to customize emergency fire vehicles for very different types of crises that maps out Crimson, based in Brandon, S.D., and Talladega, Ala., as a custom fire truck manufacturer for the middle to premium market. Crimson’s skill in manufacturing with stainless steel marks it out as a specialist in the industry.

“The one thing we really need to do in order to grow is be focused on being a custom manufacturer,” said Jeff Lautt, president of Crimson Fire. “It is so important, especially in this industry.”

The specially built vehicle for the wilds of South Dakota was a good example of this policy, said Lautt. “We sat down and listened to their needs, and then went back and forth with a great deal of collaboration until finally they said ‘yes, that’s the vehicle we need.’ That is better than walking in with a standard portfolio of six.”

Top quality standard equipment is of course available for customers who need it, but Crimson must serve both the standard and customized segments to thrive. For instance, durability and reliability are the most important factors for major urban customers, but in rural areas other attributes – like the ability to reach in accessible parts of a fire in the wild – can take prominence.

A passion for design
A former director of engineering, Lautt has a barely-concealed passion for design. Few are better qualified to comment on the development of fire truck technology and customization. “Technology has advanced significantly in the past five or 10 years,” said Lautt. “Twelve years ago, the electronics in the truck was very, very basic. Today it is highly computerized. The electrical system in fire trucks today is the same as many brand new automobiles.

“You have things like multiplex systems managed by a group of microprocessors. They give feedback and diagnostics back to the operator. It is all far more efficient. Trucks are more durable and reliable. Of course, it all does require mechanics to invest in further training and stay current with the technology.”

The firm that is now called Crimson started manufacturing fire apparatus in 1912 as Luverne Auto Company in Luverne, Minn. The company’s earlier origins are difficult to trace, but historical documents suggest that in 1896, the Leicher Brothers purchased what was then called Luverne Wagon Works. For the next six years, the firm continued to manufacture horse-drawn wagons and buggies.

Soon, however, industrial progress forced the company to produce its first automobile in 1903. The firm eventually produced the first motorized funeral coaches in the United States. The Luverne Auto Company also manufactured the first tilting box dump truck in the nation. The company manufactured its first fire truck in 1912 and by 1915 was producing its first engine pumper.

Targeting market share
Quality Manufacturing was founded in 1962 and was soon the preferred manufacturer for cities like Dallas, Birmingham and Atlanta. In 1997, Spartan Motors bought both Luverne and Quality. In January this year Spartan merged these two companies with more than 130 years of combined experience.

Spartan reasoned that while Luverne and Quality both build fire trucks, they distribute their products in different parts of the country and have complementary geographical strengths. Spartan decided that a combination of the two operations would offer a broader product mix and have the ability to expand distribution beyond current regional limitations.

Luverne and Quality, along with ambulance manufacturer Road Rescue Inc., are part of Spartan’s Emergency Vehicle Team (EV Team) segment, which makes up around 27 percent of Spartan’s overall business, or $68 million in annual sales.

Spartan’s decision to consolidate Luverne and Quality followed independent market research on the fire truck industry. The research concluded that the industry was highly fragmented and offered opportunities to capture market share, and that a consolidation of the two companies could accelerate profitability. It is hoped Crimson Fire will generate a return on invested capital of 20 percent by 2005.

“There is great potential for Crimson Fire to be a leader in the fire apparatus category in years to come,” said Lautt when the deal was announced. “A combination of macro-economic factors such as the Bush administration’s $3.5 billion homeland security budget for first responders as well as industry-specific factors like the increased emphasis on strong dealer service and product innovation make the timing for this consolidation ideal.

“We are confident we can increase market share with a greater focus on distribution, sales and marketing and smart operational execution,” said Lautt. “The industry – both dealers and customers – is looking for a high quality, professional, cost-competitive manufacturer that is also easy to do business with. We expect Crimson Fire to be that solution and look forward to creating significant earnings growth, sales growth and shareholder value through this initiative.”