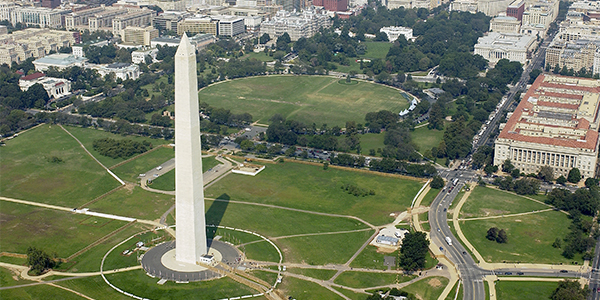 Of all the false doctrines of our age perhaps the most perniciously persistent are the ones that state a linkage between jobs creation and trends in productivity and imports. These two rising trends are blamed over and over for costing jobs. Repeatedly during the last presidential campaign President George W. Bush was blamed for “losing three million jobs,” because he favored open markets.

Oddly, Mr. Bush’s economic advisers could only come up with the weak response that, well, it is true three million jobs have gone away but things are getting better. That was worse than no response at all because it did nothing to put the real situation before the American voter who was understandably concerned about job losses.

Now we all agree that jobs, plentiful jobs that pay high wages and stretch the minds and talents of our workforce, are the true test of whether we are a prosperous and just society. And we are right as a matter of sound public policy to be concerned when some industries seem to be shedding thousands of jobs and when those no longer employed cannot transfer smoothly over to sectors where jobs are booming. Politicians who fan these flames of concern by misstating what really is going on are a danger.

Take the outsourcing-imports canard; this one says that because of Washington policies that favor U.S. industries that shift production overseas, or, alternatively, that bringing in a higher volume of imported products or raw materials, are to blame for costing jobs in that sector. With the U.S. trade deficit soaring to new records nearly every month through the first quarter of 2005, we should examine this link to see if it is true.

On the face of it, there is an apparent connection between the volumes of manufacturing imports to manufacturing output by U.S. industries. A rise in one should mean a decline in the other, and vice versa. But a recent study by Dan Griswold, who heads the Cato Institute’s Center for Trade Policy Studies, says that is all wrong. Using U.S. Commerce Department data running from 1989 to date, he concludes the opposite is true:

An obvious point made by the report is that half the goods imported into the United States are not for consumers but in the form of capital machinery, industrial supplies, petroleum and other raw ingredient materials. Imports also enable U.S. industries to shift domestic resources more quickly to higher end use.

IMPORTS BOOST OUTPUT
What needs emphasizing to the general public and to protectionist policy advocates is that where jobs are lost it is not because broad manufacturing output is being curtailed by imports. Instead the general upward trend in U.S. manufacturing output has allowed shifts to more productive methods and more advanced high tech products. High tech sectors, semiconductors, circuit boards, computers, communications gear are widely publicized growth sectors. But so too are transportation equipment, medical equipment, pharmaceuticals and chemical products.

The decline in the so-called sunset industries – and the jobs that go with them – are a painful part of this same process and need to be addressed as such. Nonferrous metals, iron and coke, logging, paper mills, newspapers, textiles and apparel are facing retrenchment and, for their workers, retraining and relocation. So too are aerospace, defense and space technology.

But again, the test is not about doing more with fewer jobs and lower output but about producing better jobs and more output where we have the most advantages. That’s what the politicians ought to be working on.

As for critics of productivity itself, I commend a recent report issued by two senior analysts at the Federal Reserve Bank of San Francisco that refuted the belief that increases in productivity cost jobs. The study looked at the period through 2001 and the third quarter of last year and noted that the majority of states did experience accelerations in productivity to an average annual rate of 3.8 percent. This is way above the 2.5 percent annual growth rate considered normal by tra-ditional economists.

“For many firms, the gains in productivity have been sufficiently large to meet demand for their products, while firms facing stronger demand have been willing to hire new workers to meet it,” the Fed bank concludes. “The state-level data tell us that the U.S. productivity surge and coincident sluggish job growth in the recent recovery were not necessarily parts of the same phenomenon. The enormous gains in efficiency in the U.S. were pervasive among the states and not correlated with job growth….gains in the level of productivity we have observed are lasting and unlikely to be unwound substantially once employment growth picks up.”

Makes sense, doesn’t it. What is it a lesson too hard for some folks to learn?