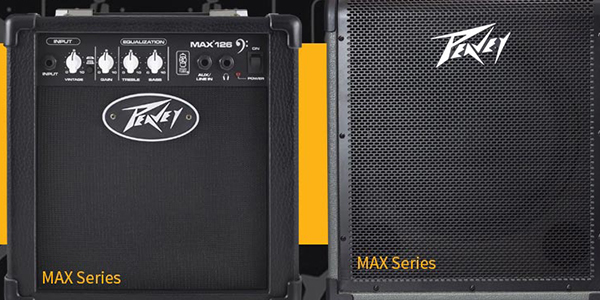 It was a good thing for Hartley Peavey that the Brits were better at making music than musical equipment in the 1960s.

To his good fortune, the only music-related imports from Britain then were bands such as The Beatles and The Rolling Stones – the Yankees across the Atlantic were responsible for manufacturing the musical instruments and public address systems. Yet two major problems persisted: lackluster quality and prices only professionals could afford.

The one-two punch of the rock ‘n’ roll bug and an entrepreneurial vision convinced Hartley Peavey that he could mass-produce quality instruments and sound gear similar to the way Henry Ford must have brainstormed the idea for mass-producing the auto. In this way, the state of Mississippi, which gave birth to the blues and the “King of Rock ‘n’ Roll” also saw another birth, of sorts, in the way musical equipment is made.

At the right place
“I grew up in a very interesting place in central Mississippi in the late 1950s,” Peavey begins. His father, J.B. “Mutt” Peavey, was a sax player in a swing band who decided to open a music store after tiring of the road. “I literally was raised in the music business,” Peavey recalls.

In addition, Peavey was in the right decade. In the South, country and blues had fused to create a new sound coined “rock ‘n’ roll” by Cleveland DJ Alan Freed. Early rock, in Peavey’s view, carried an edge inherent in the songs of Little Richard, Bill Haley and Jerry Lee Lewis until the early 1960s, when its suggestive lyrics were watered down into the sugary pop music of artists such as Frankie Avalon and Leslie Gore. However, in Britain, these early rockers were inspiring groups such as The Beatles and The Rolling Stones, and by 1964, The Beatles had outpaced Elvis.

“The problem was the companies that made the musical instruments were few in England,” says Peavey. “Most of the suppliers were in the U.S.” Soon, conglomerates such as Paramount and CBS saw an opportunity to make money off the rock ‘n’ roll bandwagon, and eventually bought out many of the small instrument suppliers. One of those to succumb to this acquisition wave was Leo Fender, inventor of the Fender Stratocaster electric guitar, who had founded his company in 1946. The Stratocaster was markedly different from its contemporaries, largely produced by violinmakers who fashioned them with ornate, intricate designs. “He popularized the solid body guitar,” Peavey says, and produced a simple, no-frills musical instrument that delivered.

In 1965, Peavey began his business because, in his view, “when the conglomerates bought out the (musical instrument) companies, the quality went to hell. I saw this as a golden opportunity.” Although Peavey originally wanted to be a guitar player, he was better at building things. “And I knew I could do as well or better than the big companies,” he adds.

By then his father had sold his music store and had his own designs for Peavey’s future: insurance salesman. He didn’t believe his son’s business idea could be successful. But Peavey suffers from the “bumblebee syndrome,” in which the bee’s body is technically considered too heavy for its wings to support flight. However, as Peavey says, “The bee doesn’t know this and it still flies.” Peavey took the analogy one step further. He not only flew, but in guitar-making terms, revolutionized flight by founding Peavey Electronics Corporation and its Musical Instruments division, the oldest segment of Peavey’s international business and today considered one of the leading innovators of guitars, amplifiers, processors, drums and related products.

“Prior,” he explains, “guitars were made the conventional, old-fashioned way,” without the use of computerization. Peavey introduced CNC and high-speed production processes that had been utilized in other industries for years. “I took the same machinery used to mass produce gun stocks and used it to make guitar necks,” he explains, “and I could make them cheaper.” Peavey Electronics was in full production by 1975, and today, contemporaries such as C.F. Martin are producing instruments the Peavey way. As always, Peavey passed along his savings to consumers – a quality that has endeared the company to countless musicians since.

In this same determined, independent manner, Peavey branched out to produce P.A. systems. “In the mid to late ‘60s, “ he says, “there must have been 200 to 300 companies making guitar amplifiers, but only two making P.A. systems. This didn’t make sense. At the time, the industry leader was producing a six-channel system with 100 watts. I decided I could build a better system for 40 percent less.”

Peavey adds, “Traditional loudspeakers make much better space heaters than loudspeakers. A loudspeaker is only 4 percent efficient.” This means that only four acoustic watts are produced for every 100 watts of power. The remainder is released as heat. Thus, Peavey says, “You couldn’t get speakers to handle high power loads.” Peavey’s company engineered a speaker system that wouldn’t burn up, and now these sound systems are developed and marketed under several Peavey brands and have been used to broadcast some of the most notable moments of our age; specifically, they have been installed in the U.S. House of Representatives and Senate, and were the backbone of the Million Man March in Washington, D.C.

MediaMatrix
In 1994, Peavey introduced its MediaMatrix division, a computer-based audio processing and control interface that is now the leading audio, communication and media system for the professional, high-end audio installation market, where versatility is key. Due to its intuitive design interface and advanced DSP algorithms, MediaMatrix is the standard in configurable audio systems and can be found in government buildings, theme parks, airports, stadiums and more all over the world.

From basic audio processing to fully integrated and managed systems, MediaMatrix provides the system designer with an incredible array of software and hardware tools.

Explains Peavey, “In the old days, you needed technicians and hundreds of miles of cable” when rewiring a sound system from, for example, a home show to a concert. The MediaMatrix system provides 256 inputs and outputs that can be arranged easily to fulfill the needs of any event – and all facets of the system are monitored digitally.

This system is equipped with sophisticated technology such as ambient sensing devices that can sense when the volume should be raised or lowered. “The truth is,” Peavey adds, “we started making fairly simple guitar amps and now we’re producing the most sophisticated systems money can buy.”

Peavey International
In addition to its Meridian, Miss., location, Peavey has maintained a pan-European distribution operation that has been serving musicians and sound engineers throughout the EU for the past 15 years with products from its American factories together with a range of equipment developed and built specifically for its European customers. Winning the Presidential “E” Star Award for exporting, Peavey also maintains a presence in Italy and Brazil through joint ventures. “In Brazil,” he notes, “we partnered with the largest speaker manufacturer – they make the speakers and we make the systems and the electronics.”

“I’m never satisfied,” Peavey continues. “Our company introduces about 100 new products every year.” Those products are offered in a range of categories, including DJ equipment via its new PVDJ™ division, plus guitars and guitar amps, bass guitars and bass amps, drums and pro audio equipment such as loudspeaker enclosures, processors, speaker components, microphones and mixers. Peavey also offers a line of apparel – sweatshirts, T-shirts, bags and packs, hats and accessories – featuring the company’s logo.

With 1,600 employees (Peavey’s wife, Mary, is company president) Peavey continues to expand, recently purchasing Crest Audio in Fair Lawn, N.J., one of the largest manufacturers of high-end mixers and power amplifiers for the touring industry. In the sound arena, Peavey’s client list of music dealers and distributors can rest assured that Hartley Peavey will continue to defy gravity.

And he wants to help others who may not share the bumblebee’s confidence. “If I can encourage one entrepreneur who may be discouraged, I would be happy,” he says, invoking the age-old saying, “You can make it if you try.”