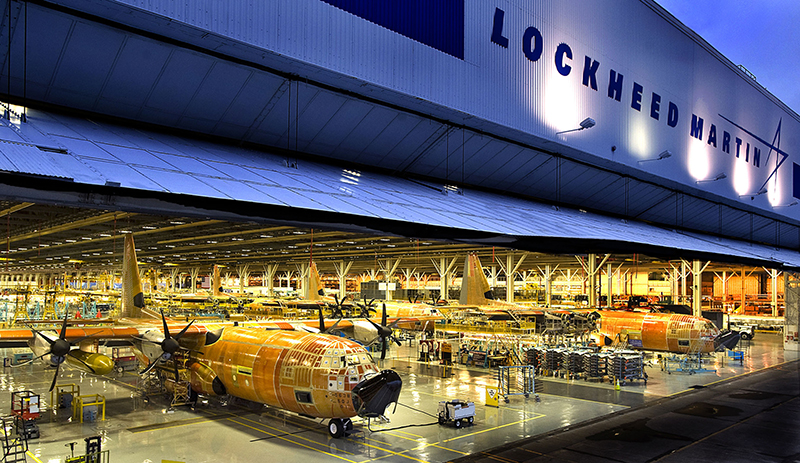 It’s also a prime destination for business growth, with large global manufacturers as well as start-ups attracted to the state’s pro-business environment. David Soyka talks to Bobby Hitt, South Carolina’s Secretary of Commerce, about how the state partners with leading industries to identify and satisfy their workforce, infrastructure and business needs.

South Carolina is traditionally known as a “three T state”—tobacco, textiles and tourism. But it is perhaps currently noted more for its two As—aerospace and automotive. And it can also lay claim to a number of other letters of the alphabet.

“South Carolina offers manufacturers as well as a variety of small and large businesses an environment that has the labor talent, the infrastructure, and the pro-business can-do attitude at state and local levels,” explains Bobby Hitt, the state’s Secretary of Commerce for the last six years.

Indeed, the Palmetto state is ranked third in the nation as home for more than 250 automotive and automotive-related companies, according to a Newsmax report. These include such major global manufacturers as BMW (Hitt himself is a former BMW executive), Honda and Mercedes- Benz; Volvo is in the final stages of completing a major assembly line facility on 500 acres near Ridgeville that represents its first fullfledged plant in the U.S. S.C is home to four of the top 10 major tire manufacturers, including Michelin, Continental and Bridgestone.

According to SC Aerospace, South Carolina is the base of operations for more than 400 civilian aerospace-related companies, including Lockheed-Martin and GE Aviation. The largest aerospace company in the state, Boeing, recently added a second final assembly line for its 787 Dreamliner to roll out its latest and longest model, the 787-10 Dreamliner. The annual employment growth in the aerospace sector has averaged 11.4 percent annually since 2010, eight times higher than the 1.4 percent average annual growth rate for overall state employment.

The state also has an expanding biotechnology and life sciences industry sector comprised of nearly 600 manufacturing, research and development and service companies, accord ing to Newsmax. The city of Charleston alone has over 35 medical device and pharmaceutical manufacturers and 50 research laboratories and development companies.

Nor is the attraction of South Carolina limited to just big international manufacturers. “Having the large automotive and aerospace companies further promotes business growth as you need an extensive local supply chain to support these companies,” Hitt points out. “And as you add more service and supplier businesses, you not only create more jobs, but you get more employees who see an unfulfilled niche and they go out and start their own companies.”

Indeed, this is one reason why South Carolina is seeing a growth in start-up companies. “We’re just beginning to study what we in government need to do to incentivize start-up creation,”Hitt says. “The digital sector in particular is a different industry than what we’ve traditionally had in South Carolina. It is a definite trend and we are looking to develop accelerator programs to further foster start-up development.”

So how did South Carolina become such a manufacturing and industry mecca? “We offer basically the same kind of tax incentives and economic development grants as most other states,” Hitt says. “Our key differentiator is our unique— and I truly do mean it is unique—ability to partner with businesses to provide them what they need even before they get here.” This involves offering the right workforce talent, an in-place supporting infrastructure plus local and state government co-ordination to expedite—without cutting corners—the permitting and approval process. “When I was with BMW, I negotiated contracts with South Carolina. Take it from someone who was on the other side of the table, I know first hand how well the state works with business.”

South Carolina has a twofold approach to developing the state’s labor resources. One is ready- SC™, a collaboration among the state’s 16 technical colleges and employers to develop and offer cost-effective education and training in the skills relevant to industry. This includes technical training for high school graduates for initial employment in industry and trade extension courses for people desiring employment in industry as well as to those already employed who want to improve their skills. In addition, readySC provides companies with recruiting and training assistance.

“The program has been in existence since 1961 and is one of the oldest and most experienced workforce training programs in the nation,” Hitt notes. “It goes hand in hand with another outstanding initiative, Apprenticeship Carolina™. It’s a combination of classroom hours and on-hands practical experience working in a plant that pretty much guarantees employment to graduates. We currently have some 4500 students participating in apprenticeships with about 500 companies.”

Hitt also points out that preparing tomorrow’s workers for the state today involves a variety of state and private agencies all working together towards a common goal. “We recently establishing a coordinating council on workforce development composed of representatives from the state’s K-12 school systems, technical college and higher education systems along with private sector entities to consider what kind skills are needed in a future workforce and how we can best direct our educational system to provide them,” he says. Examples include consideration of coding classes at the K-12 levels as well as certifications in various technologies that don’t necessarily involve a degree in computer science.

Hitt also notes the state’s efforts to create jobs in rural as well as urban areas. “We have 46 counties and at least half of them have a large rural component, and eight are predominantly rural,” he explains. “Even though you might think urban is the most attractive area for businesses, one out of three jobs created in South Carolina are actually in rural areas.”

Skin in the game

Equipping potential workers with the necessary skills to attract industry is just one example of what South Carolina does to demonstrate to prospective businesses that it has “skin in the game,” as Hitt puts it. “South Carolina has extensive rail, highway and portal logistics infrastructure to support industry,” he points out. “As just one example, the state has recently committed some $2 billion towards projects to improve and add to our port facilities and the rail system that connects them. A number of our large manufacturers export as much as 70 percent of their product. Easy access to an efficient port system is extremely attractive to them.”

Local and state bodies also work together to “make things happen” and reduce bureaucratic delays. “Of course, companies need to adhere to all local, state and federal requirements,” Hitt emphasizes. “We’re never looking to cut corners, but we do all work together to expedite the necessary processes. Things move through the pipeline faster because all the various agencies know how to work together and how to work with businesses. Case in point is Continental Tire, which was able to open two months ahead of schedule, and Boeing which was almost six months ahead of schedule.”

An added advantage is the cooperation regardless of political party. “We have a saying here that we all build on the shoulders of those who came before us,” Hitt says. “I inherited a great system from my predecessor at the Commerce department, and our new governor, Henry Mc- Master, is already doing a great job building on the six years of Nikky Haley’s tenure in promoting the state’s pro-business agenda. South Carolina is actually a small state in that we all know one another regardless of political affiliation and we all work well together to accomplish what’s in the best interests for the state and our citizens.”

Another factor in South Carolina’s favor is that it offers a great place to live as well as work. “South Carolina is home to natural beauty, world-renowned events, a low cost of living and unparalleled access to the U.S. and travel abroad. People from around the world have recognized what South Carolina has to offer– tourism brings in $15 billion per year,” Hitt says. “Charleston is a leading destination spot, for example, and a lot of people who visit there as well as other resort areas throughout the state find that this is a good place to locate their business, find the talent they need to run their businesses, and provide a good quality of life environment that not only attracts workers, but keeps them here.”