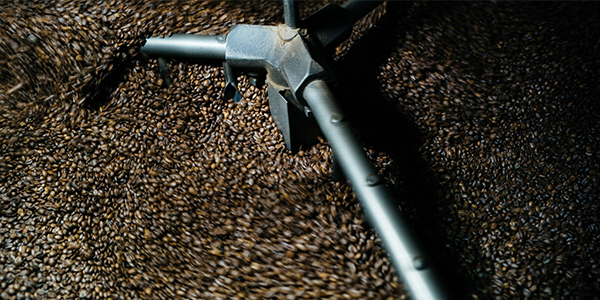 As many Americans migrate South so has our taste in food. Things like jambalaya, dirty rice, and gumbo don’t seem so exotic anymore. New Orleans is viewed as our nation’s food capital and its Cajun and Creole staples have moved to the front of the kitchen cabinet with the help of Reily Foods Company.Wm. B. Reily & Company, the private holding company that operates Reily Foods Company, has been around since 1902 when it began as a wholesale grocery business in Monroe, Louisiana. (Don’t say “Lou-EEZ-e-ana;” say “LOOZ-iana” to get the flavor of the region.) William B. Reily soon established a coffee company in New Orleans to roast and distribute ground coffee. The enterprise led to the co-founding of Reily, Taylor & Co., which was later reincorporated in 1919 as Wm. B. Reily & Company, Inc.

Through the years, Reily Foods Company has grown through acquisitions while America’s pantry has expanded to include more Southern specialties. “William B. Reily looked for growth potential and decided to make tea,” says Larry Everett, executive vice president. “He had what he thought was a superior tea that stood up well for iced tea which is the mainstay of the South.” By 1932, the original coffee plant expanded and established the Luzianne® brand of coffee and teas marketed in Louisiana, Mississippi, Alabama, Georgia, and parts of Florida, the Carolinas, and Virginia.

During World War II with shortages and rationing of coffee, the Luzianne brand gained popularity in part because of the chicory added to Southern coffee.

“Throughout the war, coffee was a hard commodity to get a hold of,” says Everett. “The chicory in the coffee served as an extender, to expand the product volume so distribution was spread widely–all the way up the East coast.”

During the decades after the war, the company thrived and built an expanded and upgraded coffee and tea production facility in New Orleans. The business also grew by acquisition of a roasting plant in Baltimore in 1946 to serve the northern markets, along with the 1965 acquisition of JFG Coffee Company of Knoxville, Tenn., a top regional brand of coffee, tea, mayonnaise and peanut butter. In 1968, the company founded Standard Coffee Service Company, a familiar brand that has become the largest office coffee service company in the U.S. (Standard Coffee Service Company was spun off in 2000.)
Another major acquisition came in 1974 when Wm. B. Reily & Co. purchased Blue Plate Foods from the Hunt-Wesson Company to create the Luzianne Blue Plate Foods Division. Blue Plate is a very well known brand in the South, especially for coffee and mayonnaise. The CDM brand (for café du monde) is the proprietary coffee/chicory blend that is a staple of metro New Orleans and the Gulf region. (Chicory, which adds a deep, mellow flavor to coffee, comes from the root of the Belgian endive.)

“Our products let the flavors of Southern traditions and recipes come through,” says George Murphy, vice president of marketing. “When people move into our part of the world, they like to take up the local traditions and one of them is our products, including CDM coffee and chicory and our distinctive-tasting Blue Plate Mayonnaise. It is the leading-selling brand of mayonnaise in the deep South and a significant part of our wholesale grocery business.”

Blue Plate Mayonnaise is a tradition that’s handed down from generation to generation. As any Southern cook will attest, you can’t make a “PO-boy” (that’s a hero/submarine/hoagie sandwich) without Blue Plate “MA-nez.”

A Blend of Flavors
But of all the specialties that have come from the South, perhaps the greatest culinary creation of all is iced tea. Reily Foods Company’s Luzianne Tea is specially blended for making iced tea. The slogan “clear not cloudy” sums up why the iced tea in the South tastes and looks better. “The blend of the tea prevents it from getting cloudy like most of our competitors’,” Everett says. (This isn’t some powdered tea mix loaded with sugar. Luzianne tea is bagged tea for fresh brewing and chilling.) Luzianne is the nation’s second leading brand of tea.

In 1985 Reily Foods added Swans Down Cake Flour to its product line, acquired from General Foods Corporation. Swans Down Cake Flour is the oldest and most respected name in scratch-cake baking. (Bakers and great home cooks use cake flour instead of all-purpose flour to ensure cakes are fluffy.)

The next addition to the Reily Foods Company menu came in 1987 with the introduction of Luzianne Blue Plate Foods’ Cajun-Creole brands. These packaged dinner items and coating mixes are sold to the grocery trade to bring the region’s specialties to dinner tables across the country. In 1989, Reily Foods Company added Gourmet Foods Co. in Knoxville with a Lazy Susan full of meat, poultry and seafood spices and sauces sold under the TryMe label and distributed by Luzianne Blue Plate.

“Our business grew as other companies were casting off brands and we were actively looking for brands to build and consolidate the distribution side to give us more volume and become more of a player,” Everett says.

Like a gourmet chef seasoning a casserole, the company has carefully selected and added specialty ingredients to its recipe for success. For example, sauces are an important staple of Cajun cooking and Reily Foods Company offers its own line of regional seasonings and dressings. In 1990 the company mixed in Woody’s Sauces and La Martinique restaurant brands from Pace Foods. It also added Wick Fowler’s Two-Alarm Chili and Taco Seasonings, purchased from Caliente Chili, part of Procter & Gamble. Other recent additions include Carroll Shelby’s Original Texas Chili, purchased from Kraft Foods in 1991, and Old Dutch Sweet and Sour Dressing in 1992. For a main dish, try the Bean Cuisine brand of soups, pastas and beans, which became favorite recipes for the company in 1995. Presto self-rising cake flour was sifted into the mix in 2000, formerly made by First Preference Products Corporation. Also, in 2005, the company began serving its No Pudge! brand fat-free brownie mix for great-tasting morsels made from yogurt to create a moist, delicious brownie. No Pudge! was created by self-confessed brownieholic Lindsay Frucci, a nurse by training who originally developed and marketed the recipe out of her New Hampshire home. Indulgence Without Guilt™ is the brand’s slogan and its logo is a very trim-looking piglet.

The Food Chain
Reily Foods Company distributes its coffee, tea, mayonnaise, salad dressing, and specialty branded foods, like sauces and spice mixes, through a network of brokers and distributors to supermarkets and stores mostly in the Southeast.

“Our brands are primarily distributed through wholesalers, chain accounts and food service distributors who in turn sell to restaurants and food outlets,” Everett says.

At the same time that people enjoy its diverse seasonings of mayonnaise, Cajun-Creole foods, sauces, salad dressings and chili kits, the company’s most popular brand remains Luzianne Tea. “People are brand loyal to Luzianne tea. In the South people are very loyal and have good word of mouth,” Everett notes. The product is made from a blend of teas from a number of countries of origin including Argentina, China and Malaysia. Coffee comes from Brazil, Colombia, Costa Rica, even Africa and Vietnam. The company acquires the beans through U.S. importers.

Another top brand name for Reily Foods Company is Tiger Sauce, one of the TryMe brands. Tiger Sauce is a hot sauce that’s tempered with a touch of sweetness that distinguishes it from the other hot sauces on the grocery store shelves. TryMe sauces also include fun favorites such as Bullfighter Steak and Burger Sauce, Cajun Sunshine Hot Pepper Sauce, Caribbean Clipper Oyster & Shrimp Sauce, Liquid Smoke (great on the grill), and others.
Packaged dinners in the Luzianne brand include rice and premeasured seasonings for Cajun-Creole dinners. There’s a separate red pepper packet in each package with Cajun spices. Simply add fresh meat, poultry or seafood to make a convenient, delicious meal in minutes.

In a competitive market, Reily Foods Company continues to indulge in marketing its tasty lines of products. “Most of our growth other than Luzianne has been through acquisitions,” Everett confirms. “As a privately held, small company, we are able to react quickly when we determine which direction things are moving.”

We collaborated with Reily Foods to write this profile before Hurricane Katrina devastated New Orleans and the Gulf Coast region. Days after the hurricane, corporate employees were relocated to Knoxville where one of the company’s manufacturing facilities is located. Plant employees were relocated to various manufacturing facilities to assist in additional shifts to accommodate the increase in production due to the inability of access to two manufacturing plants in New Orleans.

Visitors to the Reily Foods Web site will find this message of assurance to its customers: “Our corporate office and manufacturing will soon return to New Orleans. Our dedicated employees are diligently working to restore normalcy to our New Orleans operations while putting their own lives back in order. In closing, we are truly thankful for the generosity you have shown to our city, our company and our employees.”