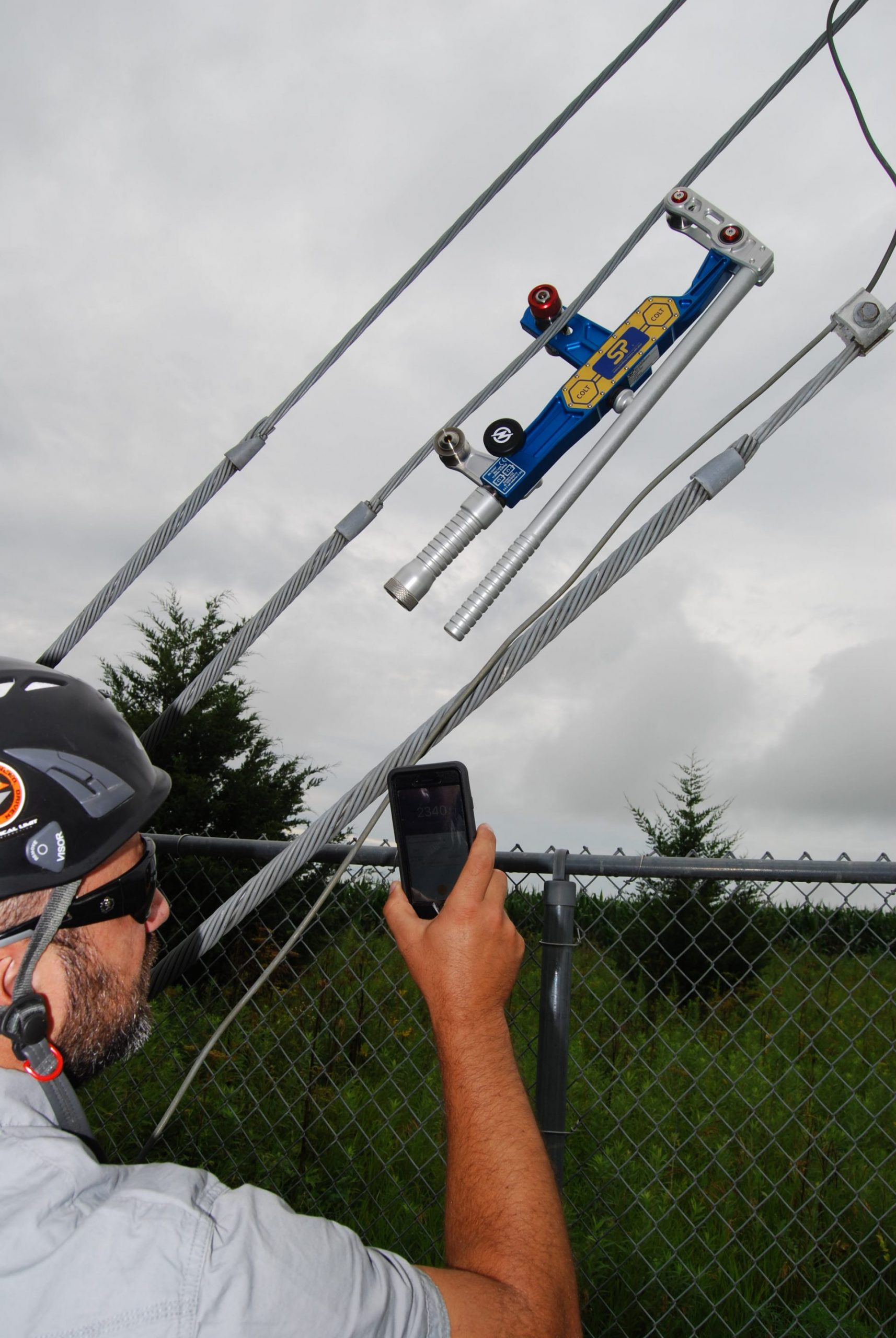 A new version of Straightpoint’s (SP) popular product for measuring tension on static lines, the Clamp On Line Tensionmeter, has been given approval for use on towers by Crown Castle, a leading U.S. authority on cellular telecommunications structures.

COLT2 features a series of improvements, including longer service life and the addition of a calibration verification tool. The accompanying Bluetooth load-monitoring app also boasts enhancements.

The COLT2, like its predecessor, measures tension on wire rope up to 11,000 lbf (lb. force) / 5,000 kgf (kg force) and up to 1 in. / 25mm diameter. It clamps onto pre-tensioned wire ropes, eliminating the need for additional sheaves or tooling. The app transmits tension data wirelessly to any smart device running the Android or iOS app that also contains an infinite wire rope library. Tension in wire ropes can be measured and logged within a few seconds.

The latest version represents continued evolution of the product following its original launch in early 2017. Subsequent improvements were made 18 months later, including the ability to automatically fetch local weather conditions (temperature, wind speed, and wind direction), which is added to the data in the logging report. The original app already captured GPS coordinates.

Wayne Wille, national business development manager at SP, said: “Approval from Crown Castle is noteworthy to all tower erection, maintenance, and service professionals. We are always looking at making our products better. We’ve made the unit stronger, which will improve the product’s lifespan over several years. The upgrade is insignificant in appearance—the center sheave is made a little stronger—but it has enhanced the tool significantly for long-term use in the field, as Crown Castle’s endorsement proves. Several improvements to the app have also been made based on feedback from customers and distributors.”

He said: “Due to the nature of the work and portability of the product, further verification that the COLT retains its accuracy was required. The CVT is essentially a 3/8in. steel rod that is clamped onto instead of a wire rope. The user then selects ‘cal check’ in the app versus a rope and generates a pass / fail readout. It is good for use every day for up to a year.”

Current users of the Mark I product have been invited to upgrade to the latest version.

About Straightpoint
Straightpoint, with offices in the U.K. and the U.S., has been providing load cells to companies around the world to ensure their loads are safe to lift, offload, pull or push for over 40 years. Straightpoint’s products are currently being used within a wide range of industries such as oil and gas, shipping, construction, renewable energies, lifting and cranes, mining, staging, test and inspection, and military applications. Products are available to buy or rent. www.straightpoint.com